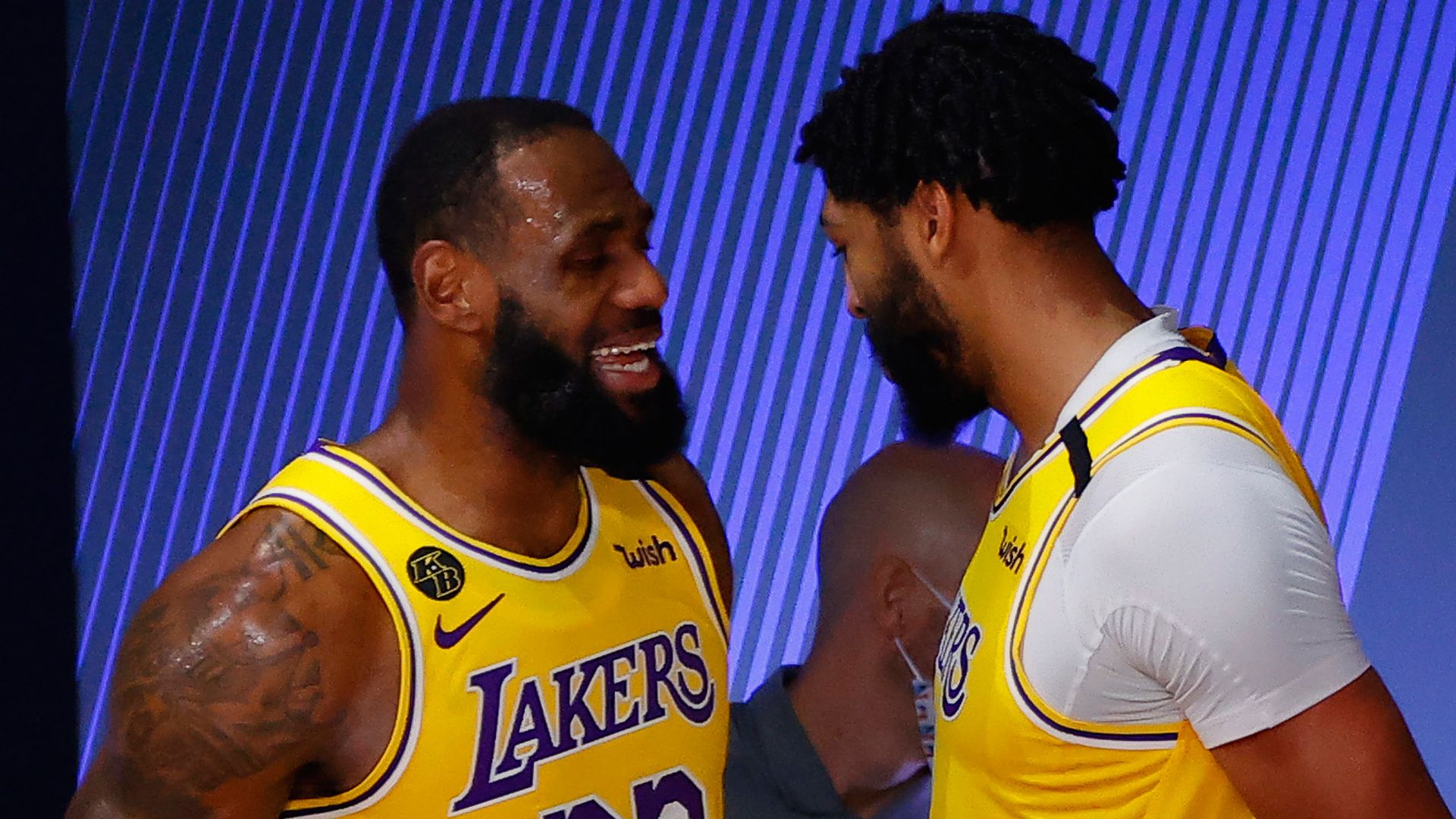 Anthony Davis scored 43 points and LeBron James added 36 to lead the Los Angeles Lakers to a 131-122 victory over the Portland Trail Blazers on Saturday night to win the Western Conference first-round series in five games.

Anthony Davis scored 43 points and LeBron James added 36 to lead the Los Angeles Lakers to a 131-122 victory over the Portland Trail Blazers on Saturday night to win the Western Conference first-round series in five games.

Davis was 14-of-18 shooting and collected nine rebounds, while James made 14-of-19 shots and recorded 10 rebounds and 10 assists to increase his NBA playoffs 30-point triple-doubles record to 13.

Los Angeles won a playoff series for the first time since beating the Denver Nuggets in the first round in 2012 during Kobe Bryant’s tenure. The Lakers will face the winner of the series between the Houston Rockets and Oklahoma City Thunder in the conference semi-finals.

CJ McCollum recorded 36 points and seven assists and Carmelo Anthony added 27 points for the Trail Blazers, who were without Damian Lillard. The five-time All-Star returned to Portland to have his sprained right knee examined.

Kentavious Caldwell-Pope added 14 points and Dwight Howard had 11 for the Lakers, who shot 54.5 per cent from the field, including 14-of-36 from three-point range.

But Caldwell-Pope answered with a 3-pointer 17 seconds later and Davis made a 20-footer to make it 114-109 with 5:11 to play. Trent connected on another three-pointer to pull Portland within two before Davis scored the next nine points, including back-to-back dunks to make it 123-112 with 3:39 left. James added a basket 38 seconds later to end the decisive 11-0 spurt.

James Harden scored a game-high 31 points, Robert Covington made a career playoff-high six three-pointers and the Houston Rockets welcomed back All-Star guard Russell Westbrook with a 114-80 victory over the Oklahoma City Thunder in Game 5 of their Western Conference first-round series.

Harden shot 11-of-15, including 4-of-8 on three-pointers, while adding five assists to his ledger. He had little trouble scoring on Thunder guard Luguentz Dort, who had been praised for his rugged defense against Harden in Games 2, 3 and 4.

Dort struggled offensively as well, missing 13-of-16 shots while going 0-for-9 from behind the arc as Houston offered uncontested looks by design.

Westbrook made his return from a right quad strain and posted seven points, six rebounds and seven assists over 24 minutes in his first action of the series. Covington tallied 22 points on 6-of-11 three-point shooting and Eric Gordon chipped in 20 points as part of a strong two-way effort.

The Rockets turned a three-point half-time lead into a blowout victory with a 19-2 run that opened the third quarter. The Thunder had their slim hopes dashed at the 6:51 mark when reserve guard Dennis Schroder earned an ejection following a confrontation with Rockets forward P.J. Tucker, who was also tossed from the game.

Giannis Antetokounmpo and Khris Middleton recorded double-doubles as the Milwaukee Bucks returned to the court and made short work of the Orlando Magic, recording a 118-104 vcitory to clinch a 4-1 series win in their Eastern Conference first-round playoff series.

Three days after walking out to protest the recent shooting of Jacob Blake in Kenosha, Wisconsin, the Bucks led by as many as 21 points in coasting to a fourth straight win that vaults the top seed into an Eastern semi-final match-up with the fifth-seeded Miami Heat.

Antetokounmpo put up game-highs in points (28) and rebounds (17) in leading the Bucks to their second straight first-round series win. Middleton chipped in with 21 points, 10 rebounds and a team-high seven assists. The Magic were led by Nikola Vucevic’s 22 points and 15 rebounds.

Milwaukee bolted out to a 10-point lead in the first quarter and 17-point advantage in the second period. Down 21 in the third quarter and 90-79 entering the final period, the Magic used a three-pointer from Evan Fournier to climb within 96-93 with 7:39 to play.

But Marvin Williams countered with a three of his own for the Bucks to double the margin, and Milwaukee never led again by fewer than six.