Former world champion Jhonatan Romero (31-1, 17 KOs) is planning to resume his career in the coming weeks and intends to make another world title run.

The 33-year-old boxer has been away from the ring since picking up a knockout win in April 2018.

Romero lost the IBF’s super bantamweight title in a shock TKO defeat at the hands of Kiko Martinez in August of 2013.

Since that defeat, he’s racked up eight wins in a row, but he’s not been very active with only three fights since 2015. 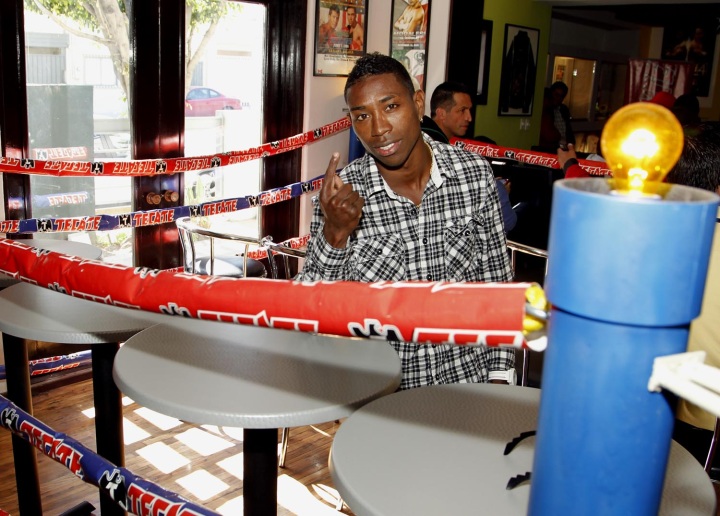 Romero said that he will have a fight on September 15 in Barranquilla and then in October he will travel to the United Kingdom, to fight under the promotional banner of Frank Warren. The sole goal of Romero is to capture another world title.

The professional boxer from Cali confirmed the news from the Llano Verde neighborhood, where he was a special guest of Ciclovida, which is broadcast on the WIN Sports channel.

“With the support of the Santiago de Cali Mayor’s Office and the Sports and Recreation Secretariat, we sent the message to Cali that this is a sport, it is peace, it is hope and that with sport we can transform and save many lives. I am also very happy, because I am the first Colombian boxer who signed with Frank Warren, one of the best promoters in boxing,” assured Romero.

The boxer, who grew up in El Barrio El Retiro, assured that it is not easy to grow up in a marginal neighborhood: “Unfortunately, I had to live badly in order to get out of the street environment, but thanks to God and the support I received today I am fortunate to make a living from sport and to be able to say out loud that sport makes better human beings.”

Following bio-security protocols, such as the use of face masks and social distancing, some inhabitants of Llano Verde took advantage by taking part in sports and physical activity outdoors.