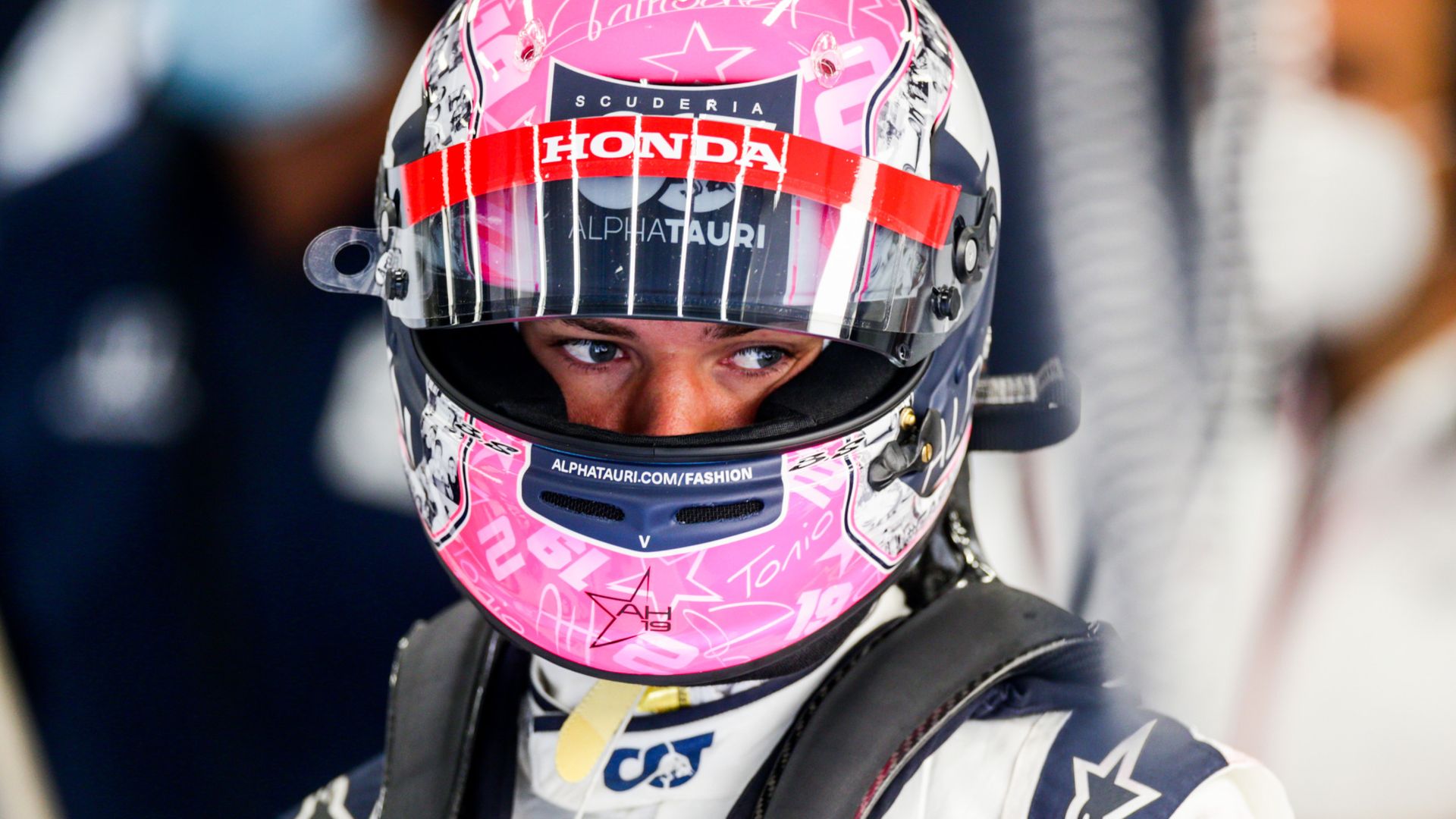 “I really wanted to do well today and I’m happy to get these points for him,” says Gasly after eye-catching performance to take eighth at Spa

Pierre Gasly reflected on his starring role in the Belgian GP on a weekend in which he carried the emotion and sadness of returning to Spa one year on from the death of his close friend, Anthoine Hubert.

The AlphaTauri driver is proving one of the season’s most impressive and consistent performers and won the fan-voted Driver of the Day award for Sunday’s race after a drive from 12th on the grid to eighth at the finish.

It included the overtake of the race – and perhaps the season so far – with a daring move on Sergio Perez after going wheel-to-wheel with his Racing Point rival on the flat-out run to the bottom of Eau Rouge.

Watching back the lead-up to the lap-two move for the first time with Sky F1’s Anthony Davidson on the SkyPad, Gasly said: “I don’t know how much space we had… oh my god, I thought we are in the wall.

Gasly, who later repassed Perez in a more straightforward overtake, added: “It was borderline but there was a space for one car, and that was it.”

Having missed out on Q3 on Saturday and opted to start on the hard tyres for the race’s first stint, Gasly admitted he “expected to struggle in the first three laps”, but instead gained three positions by the third lap.

He then chose not to pit under the lap-10 Safety Car and impressively hung on to an inherited fourth place for six laps after the restart.

Gasly eventually pitted with 18 laps to go and, armed with fresh medium tyres, he raced back through from 16th to eighth – passing both Racing Points, including Perez again, inside the final five laps.

‘I’m happy to get these points for him’

Gasly has spoken movingly about the emotion he has felt about returning to Spa, and said he would be racing in the memory of countryman Hubert, a contemporary and close friend from childhood.

On his arrival at the circuit on Thursday, Gasly laid flowers on the exit of the Raidillon corner where Hubert had his fatal accident in last year’s F2 race.

He joined his fellow drivers in observing a one minute’s silence for Hubert on the grid ahead of the race.

“Emotionally it was a difficult one. Spa is usually my favourite track but it reminds me of the very sad moments last year,” said Gasly.

“I had images and stuff coming through my mind pretty much all weekend. It’s very sad and for me it was important to do a good race. I really wanted to do well today and I’m happy to get these points for him.”