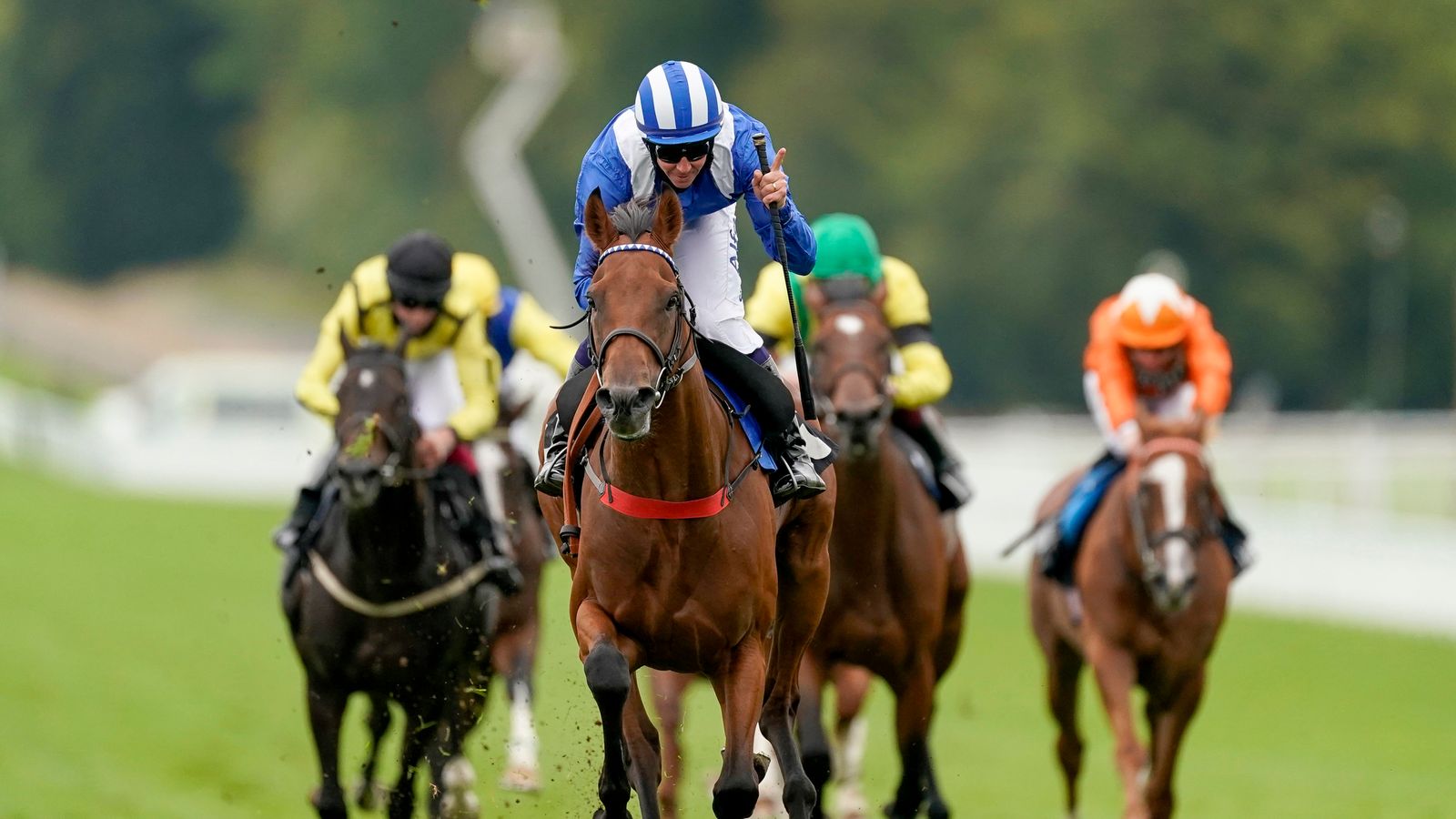 Jim Crowley reached a major milestone at Goodwood as he secured his 2,000th career winner in Britain aboard Modmin.

He needed two more winners for his landmark heading into a new week, and suffered a few frustrating days before getting Zahratty home at Newmarket on Saturday.

The Marcus Tregoning-trained Modmin looked to hold every chance of giving Crowley his milestone, and so it proved as the 30-100 favourite made all in the Ladbrokes Supporting ‘Children With Cancer UK’ Novice Stakes.

It is 14 years since the former northern-based jumps rider switched codes.

Exactly a decade later, he was crowned Britain’s champion Flat jockey – before being appointed number one rider to one of the sport’s most prominent owners in Sheikh Hamdan Al Maktoum.

That association has borne great fruit, never more so than this season as Crowley dominated Royal Ascot with a string of winners in the blue and white before heading to Goodwood in similar form, and then on to York.

Battaash has been pre-eminent among his big-race winners since racing resumed in June, adding a fourth King George Stakes in record time at Goodwood to his King’s Stand at Ascot, en route to York.

Mohaather, Nazeef, Hukum and Enbihaar all kept Crowley centre stage at Group level too – among others this summer.

Their names are famous additions to a roll of honour which began when Karl Burke’s Lord Shanakill provided his first Group One breakthrough in the 2009 Prix Jean Prat.

Before then, there was a smattering of big handicap and lesser Group-race success for a variety of trainers.

Crowley had first made a name for himself, however, on the northern jumps circuit – with the odd foray south.

On one such, Mark Rimell’s Crossbow Creek became one of his highest-profile National Hunt winners in the Lanzarote Hurdle.

It has been a long, highly successful road from Kempton in January to Goodwood in late August – but 15 years on, Crowley is surely far from done yet.