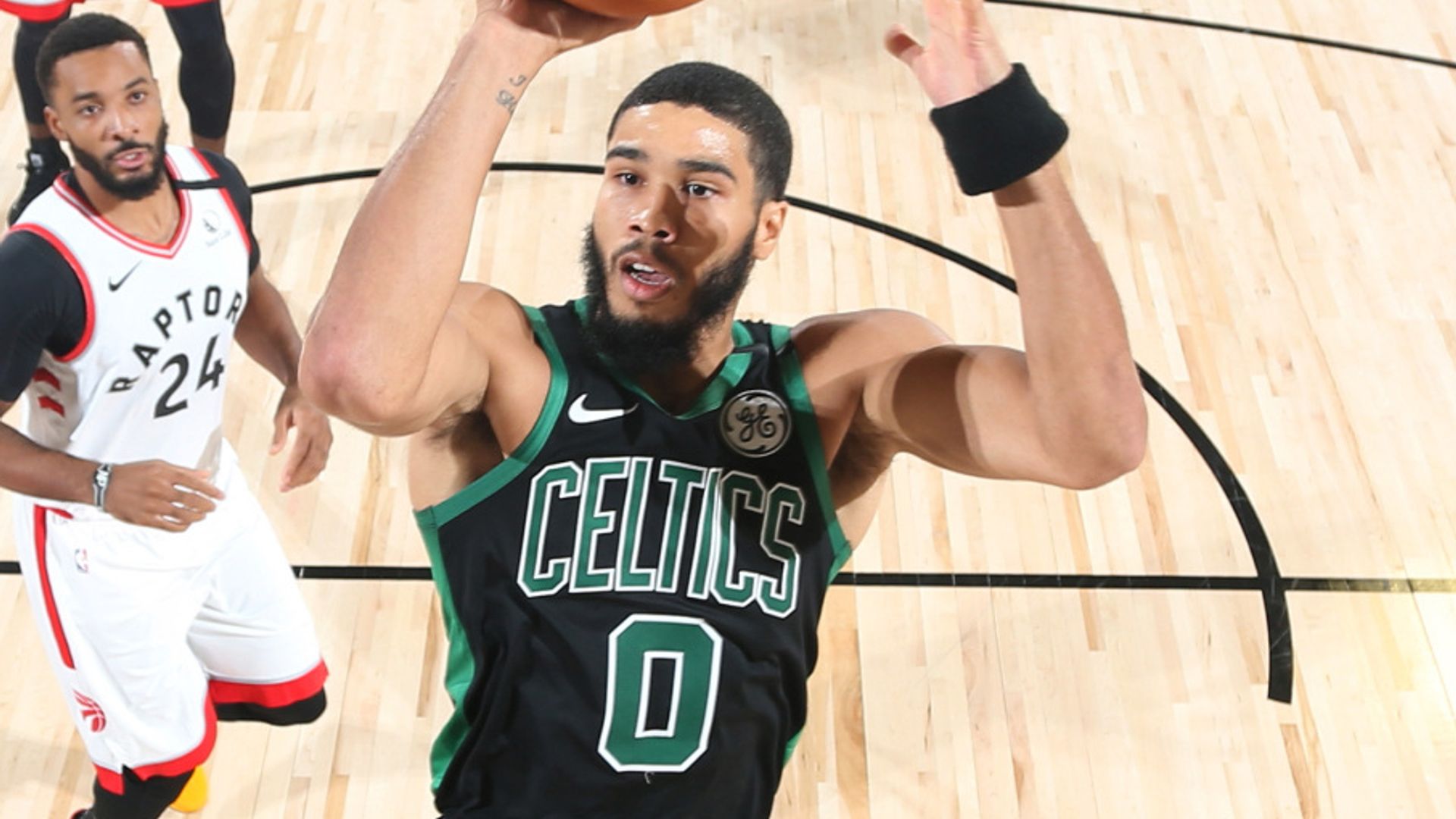 Jayson Tatum and Marcus Smart scored 21 points apiece to lift the Boston Celtics to a 112-94 victory over the Toronto Raptors on Sunday in the opener of their Eastern Conference semi-final series.

Kyle Lowry had 17 points and Serge Ibaka added 15 for the Raptors, who saw their eight-game winning streak come to a halt.

Game 1 of the seven-game series had originally been scheduled for Thursday before player protests related to the police shooting of Jacob Blake in Wisconsin pushed back the NBA schedule.

The Celtics never trailed in Game 1, taking advantage of a sluggish start by the Raptors to lead by 19 points during the opening quarter. Toronto had 11 fouls in the period, with Siakam sitting early after recording three. Boston led 39-23 after one.

The Raptors got back within single digits, 39-30, early in the second, but the Celtics used a 15-7 run – capped by a Tatum three-point play – to restore order.

A buzzer-beating three-pointer from Walker had Boston up 59-42 at the break.

Walker, Brown, Tatum and Smart were each in double digits in scoring at half-time. Meanwhile, Siakam and VanVleet had a combined five points.

Boston’s advantage reached 21 at 65-44 following back-to-back three-pointers from Brown and Walker early in the third. The Raptors had momentum going with a 10-2 run late, but Tatum nailed a stepback jumper as time expired to give the Celtics an 88-73 lead going into the fourth.