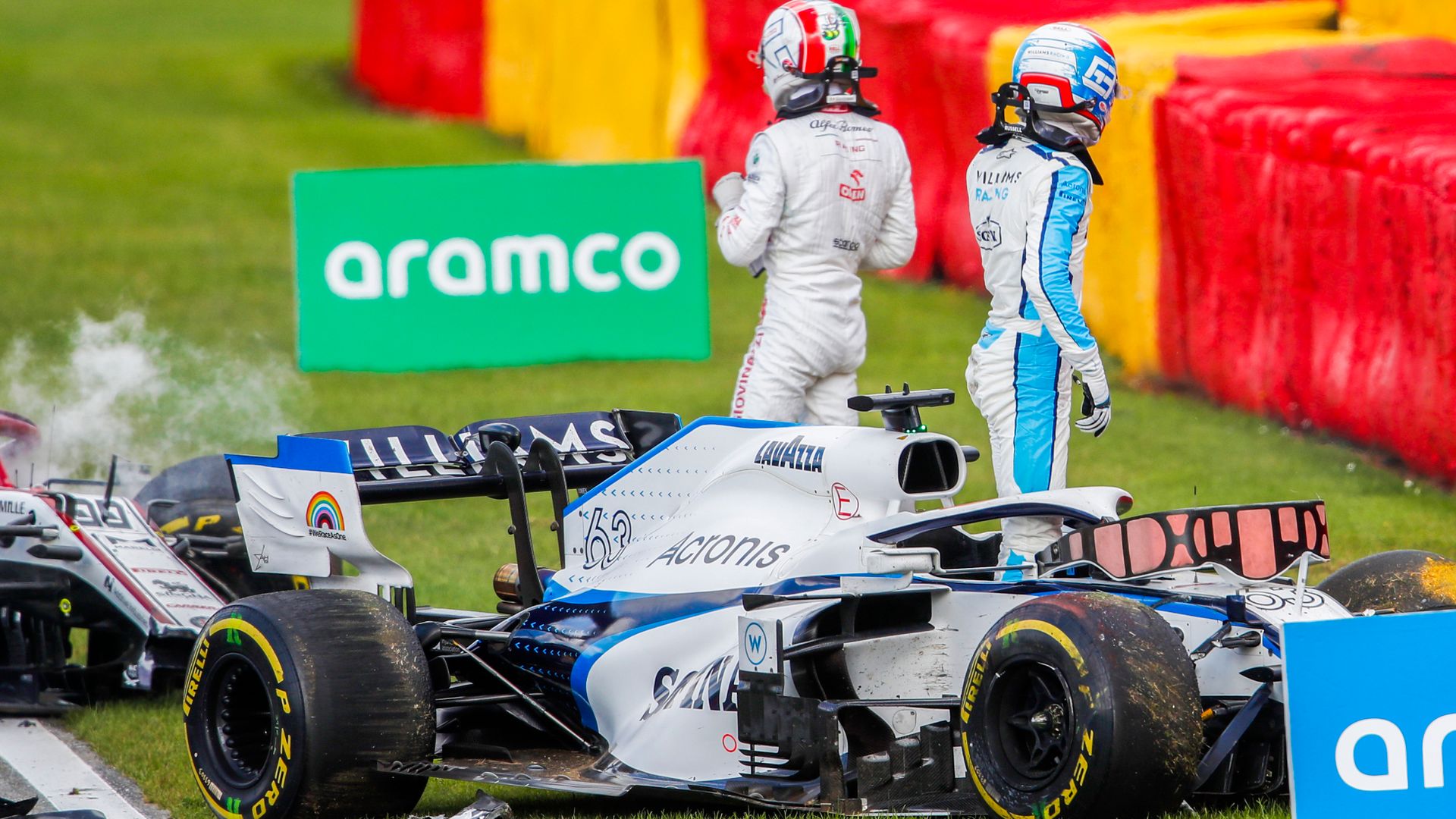 Sky F1’s Anthony Davidson has analysed the scary incident that saw both Antonio Giovinazzi and George Russell exit the Belgian GP, explaining that there was “nothing Russell could do” to avoid crashing into a loose wheel.

On Lap 10 in Sunday’s race, Giovinazzi lost control of his Alfa Romeo at the exit of Les Fagnes – spinning and colliding with the barriers – but the heavy shunt caused his wheel to roll across the track.

While Kimi Raikkonen avoided Giovinazzi, Russell hit the rolling wheel and smashed into the wall on the other side of the track.

Thankfully, both drivers were unharmed in the crash that led to a Safety Car.

Analysing the incident at the SkyPad, Ant pays particular detail to Russell’s on-board and says:

“He sees the car go off. Normally you’re eye-balling the car, your reflexes are heightened in the heat of battle, and you’re now trying to predict where the car will end up. He would have seen that the car was likely to stay where it was so he goes to carry on on the left-hand side, but the wheel bouncing along is now a big problem.

“That hits his own wheel and knocks him into the barrier. But he couldn’t have gone anywhere. There’s nothing he could have done. ​​​​​​”

Watch the full video above for the expert analysis in its entirety.

Giovinazzi and Russell react to crash

Giovinazzi: “I was pushing a lot to keep within DRS range of Sebastian [Vettel] and the car just snapped on the exit. I was on the limit and when you’re there, sometimes mistakes can happen.

I feel sorry for the team as they deserved a good result this weekend, and of course also for George [Russell] as his race was compromised as well, although I couldn’t do anything about that.”

Russell: “It is frustrating, I was in the wrong place at the wrong time and there was nothing we could do. I went to the left to avoid Antonio’s car and then his wheel came from nowhere and hit the front of my car which pushed me into the wall.

“It was quite a big impact, but I am OK. I feel very fortunate to have the Halo on the car as it could have gone quite near my helmet. It was a very unfortunate set of circumstances, but that’s just racing sometimes.”