The junior middleweight contender hadn’t been knocked down during a sparring session, let alone an actual fight. He was so stunned when Michel Soro rocked him with a right hand that their scheduled 12-rounder ended abruptly before Vendetti even realized what had happened.

France’s Soro vanquished Vendetti with four subsequent punches that left him limp, slumped against the ropes, and eventually on the canvas. Vendetti (22-3-1, 12 KOs), who’ll challenge Erislandy Lara on Saturday night, recalled that devastating defeat, which took place in December 2018 in Paris.

“I look at it like, yeah, that’s the risk you take,” Vendetti said during a conference call Wednesday. “You know, fighting world-class, elite fighters, I knew that going into the fight. That was totally calculated into making the decision, but, you know, I look at it like this – I’m in this to win this. 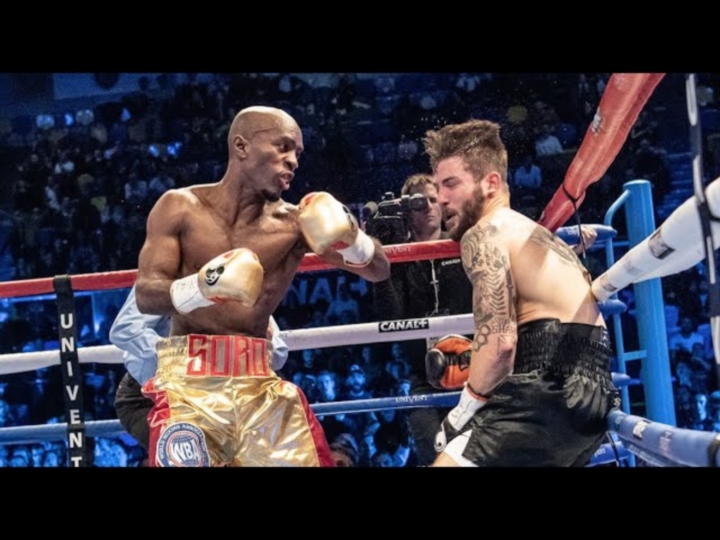 The Soro loss was a significant setback, but it didn’t demoralize Vendetti. The Wakefield, Massachusetts, resident quickly accepted when he was offered a shot at Lara’s secondary WBA super welterweight title on six weeks’ notice.

FOX will air Lara-Vendetti as the main event of a three-bout broadcast from Microsoft Theater in Los Angeles (8 p.m. ET; 5 p.m. PT). Handicappers have installed Lara (26-3-3, 15 KOs), a 37-year-old Cuban southpaw, as a 50-1 favorite to defeat Vendetti.

“I was still willing to fight the big fights,” Vendetti told BoxingScene.com. “I’ve never really shied away from an opportunity to fight any big names. It’s something I always asked for. I just felt like one day at a time. Go back to the gym, tighten up on things, go over what we’ve gotta fix and just solider on, keep going forward. He knocked me out. He didn’t kill me.”

Soro (35-2-1, 24 KOs), one of the top contenders in the 154-pound division, was a much better opponent than anyone Vendetti had faced in the first five years of his pro career. Carelessness cost him against an experienced boxer-puncher who knew how to finish him the second he sensed Vendetti was hurt.

“As far as the actual fight went, you know, it wasn’t – those first two rounds weren’t going too bad,” said Vendetti, who has won two bouts by decision since Soro stopped him. “You know, to tell you the truth, I think I even won that first round. But, you know, obviously [I need] to tighten up the defense a little bit more and [I’m] trying to just be aware of, ‘Oh, I actually can get dropped,’ because that’s never happened before in a fight or sparring or anything, ever. So, I kind of always felt like I was a little invincible.

“So, that was kind of like, ‘Oh, OK.’ It was a little piece of humble pie, which forces me to tighten up my defense a little bit more and be a little bit more conscious of the defense. So, it was just a learning experience. But I think it’s definitely helped me in the long run.”