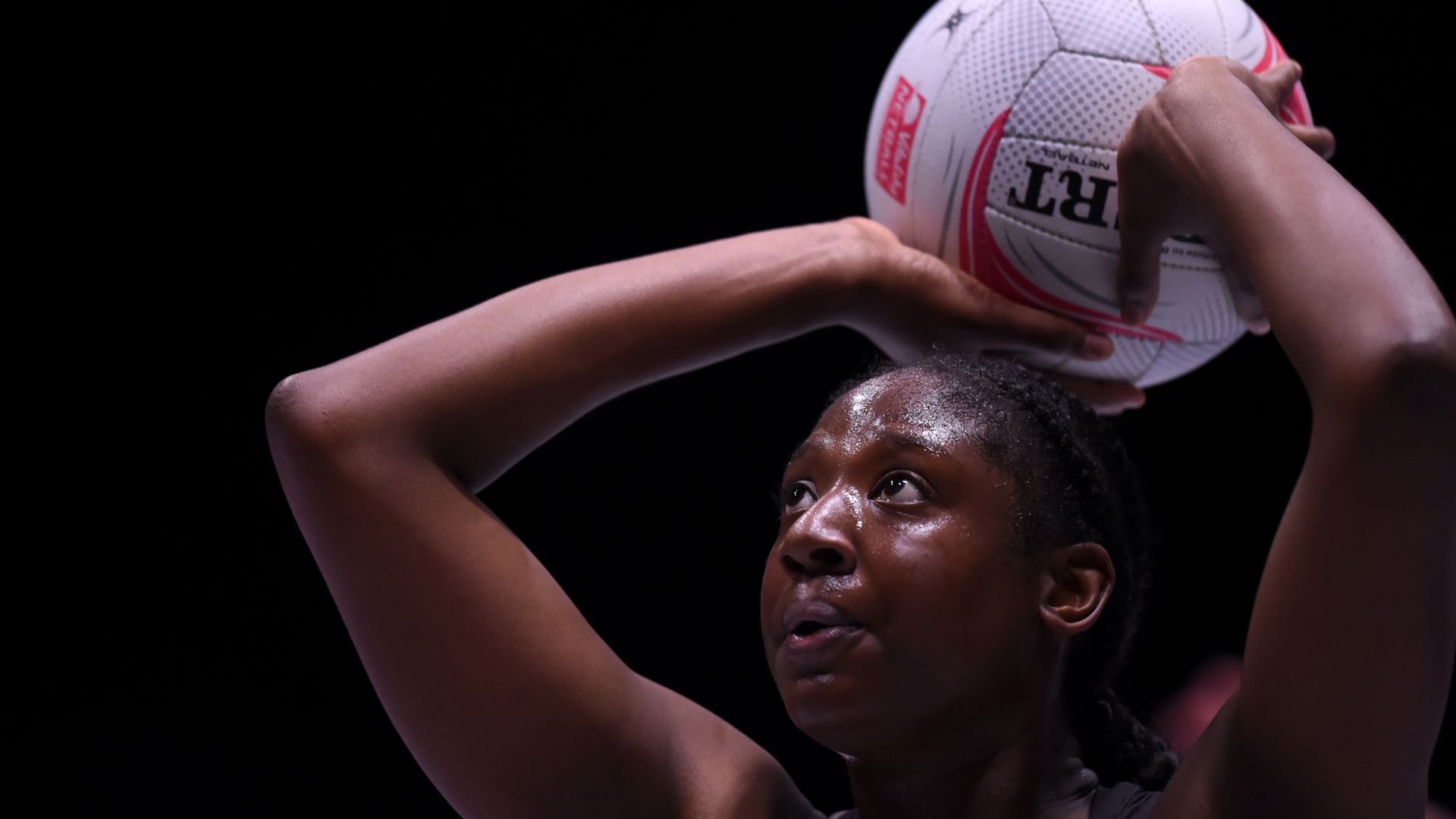 “If netball is to continue to move forwards, then it needs to work out its individual market segments and ensure that they are reached and targeted in the right way”

In this week’s column, Tamsin Greenway shares her beliefs about the importance of brand netball and discusses the need to truly identify the sport’s target audience in order to drive engagement and growth.

Once again, we’ve had another big week in the world of netball. In New Zealand, the Central Pulse retained their ANZ Premiership title and duly gave Yvette McCausland-Durie the perfect farewell and thank you gift.

Laura Langman, one of the best players in the world, announced her retirement from international netball and Suncorp Super Netball has now reached the midway point of the 2020 season.

Away from the day-to-day, I wanted to use this week’s column to delve into some deeper issues. So, we’re back to brand netball and the need for netball to really understand its target audience and work out how to effectively get the most out of them.

A couple of weeks ago, I was part of the Women’s Sport Debate on Sky Sports and the first question Caroline Barker asked me, was whether or not women’s sport knows its audience?

It’s an important question and one I think women’s sport struggles with and in particular netball, in knowing the answer.

In October last year, the Active Lives Adult Survey showed that 320,000 women played netball every fortnight, with around 1.4 million women and children playing netball across the course of a season. However, at an average Vitality Netball Superleague game there’s an attendance somewhere in the region of 1,500 people. The numbers simply don’t add up.

I believe that there’s a fundamental piece of work which needs to be done in order to help increase the levels of interest in the elite game, of all individuals who play the sport.

The percentages of those playing netball to those attending matches are so low… why is that? What are the barriers? Why are they not engaging and what are we prepared to change to make it happen? 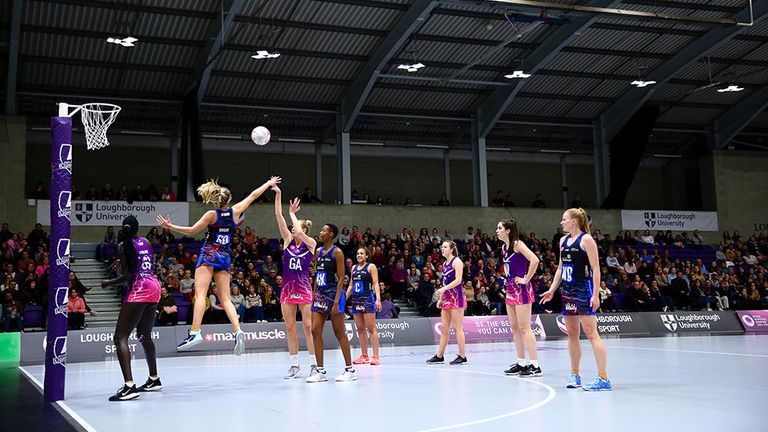 Until netball really understands and segments its target audience, and helps them interact with the elite game, I fear we will just be left standing still.

I’ve been going on about ‘Brand Netball’ for a while now and have explored lots of areas within this; merchandise, venues, entertainment, rules, social media, but I feel these can’t go anywhere without our audience being fully understood and targeted engagement coming off the back of that.

In the business world, market segmentation projects are vital when it comes to showing you all of the different types of people which have the potential to interact with your product. After that, it’s about selecting individual segments and working out strategies to target them effectively.

With elite netball as our product at the heart, there are so many areas to focus on; grassroots players, school players, social netballers and those that are involved in commercial leagues, university netballers and people within Back To Netball programmes, as well as mixed and men’s netball.

They are all slightly different, with different pushes and pulls on them, but everyone has the potential to interact with elite netball’s touchpoints.

England Netball has confirmed the 2021 Vitality Superleague season will return in February 2021 as the signing window for teams officially opens.

My argument is that we don’t need these people to attend and watch live in stadia every week, but we do need them to engage in some aspect of the elite game. Highlights, competitions and social interactions can be just as effective for sponsors.

However, if we try to sell and push women’s sport the same way as we do men’s sport, socially and culturally that just doesn’t work. I had first-hand experience of this when I joined Wasps.

For example, those involved in Back To Netball don’t necessarily do it to follow an elite team. They go because it’s social, there’s limited commitment and it’s low cost. So, instead of pushing them to follow the Vitality Netball Superleague, we push them to heavily interact with kit suppliers or health and social sponsors that are part of brand netball.

For university netballers the club interaction and social aspects are so important, but for students travel and money can be issues. So, instead of pushing them to go to a match each week, it was suggested to me that they do a club YouTube night where they watch the game together.

Interactive competitions against other universities, and even fancy dress would have been welcomed when I was at uni, as well as more practical angles like coach education and nationwide tournaments. All of these could bel linked into central brand netball sponsors. 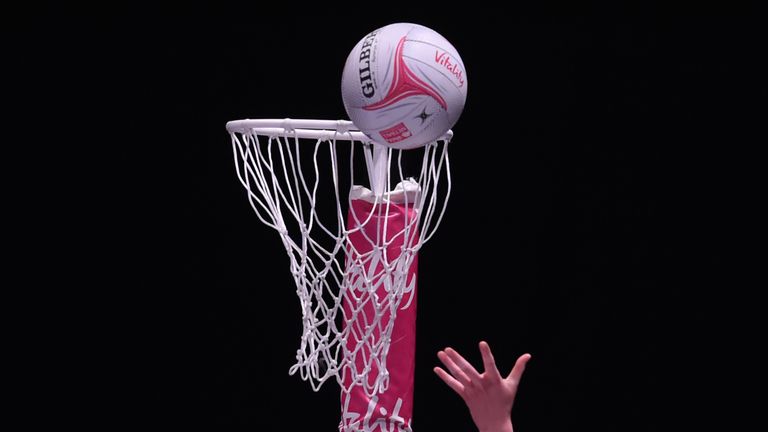 If we begin to break down what elite netball is made up of, and then promote those aspects to these different demographics, it could be really effective.

A lot of the commercial leagues in London have professionals from big companies playing in them. These companies are always looking to give their employees experiences, so we target commercial leagues with VIP days, team building or inspirational workshops which are linked to elite netball and the brand sponsors.

All this happens in the short term and builds netball’s fan base and audience for the long term.

Feedback from adult netballers, who already attend or want to attend more matches, is that amongst many other things, clashes cause issues for them. So, sorting the calendar is a must. Alongside that, could tweaking rules be a way forward? What would happen if netball moved to 12-minute quarters indefinitely?

Why do that? Well, it’s ensuring that everyone can fit netball into their lives. With timeouts in Suncorp as an example, a match can last 90-minutes plus, do netball’s fans have that time to spare?

I know that I don’t, but I was able to watch the ANZ Premiership this season because of its time reduction. If we knew 80 per cent of netball’s audience is time poor, then that could shape the product being shown; coaching tips, challenges, analysis and weekly round-up shows could be even more important moving forwards.

See I think the 48min matches have worked well, I watched nearly 80% of all the ANZ games which is impressive with 2 kids 😂. The suncorp with its timeouts kills me, I never get to watch the whole thing outright unless it’s 4am or replays in stints https://t.co/VaordfcL2t

I’d go even further to build the ‘live’ audience. I’d start young and build real family environments. Adult netballers who have young children could be reached by giving them the ultimate family experience.

As a mum myself, I know that soft play isn’t the dream on a Sunday morning, but if I could go to my local Superleague club and do something that caters for us as a family, inside and quick and fun, I’d love it.

Plus, all the research tells us that if you get kids involved from a young age the passion remains and the commitment to a team stays, you start fixing the problem from the bottom up.

In England, there are a wealth of different routes to ensure that everyone is able to play netball, but now has to be the time to look at who interacts with the sport and watches it in person.

Of course, for all us netball geeks that want the full match experience we still have that, but all of us know at least one other netballer that doesn’t engage in the same way and so this is for them.

If netball is to continue move forwards then it needs to work out its individual market segments and ensure that they are reached and targeted in the right way. It’s different and it’s a change in thinking, and it’s a huge project, but it could just be game changing.