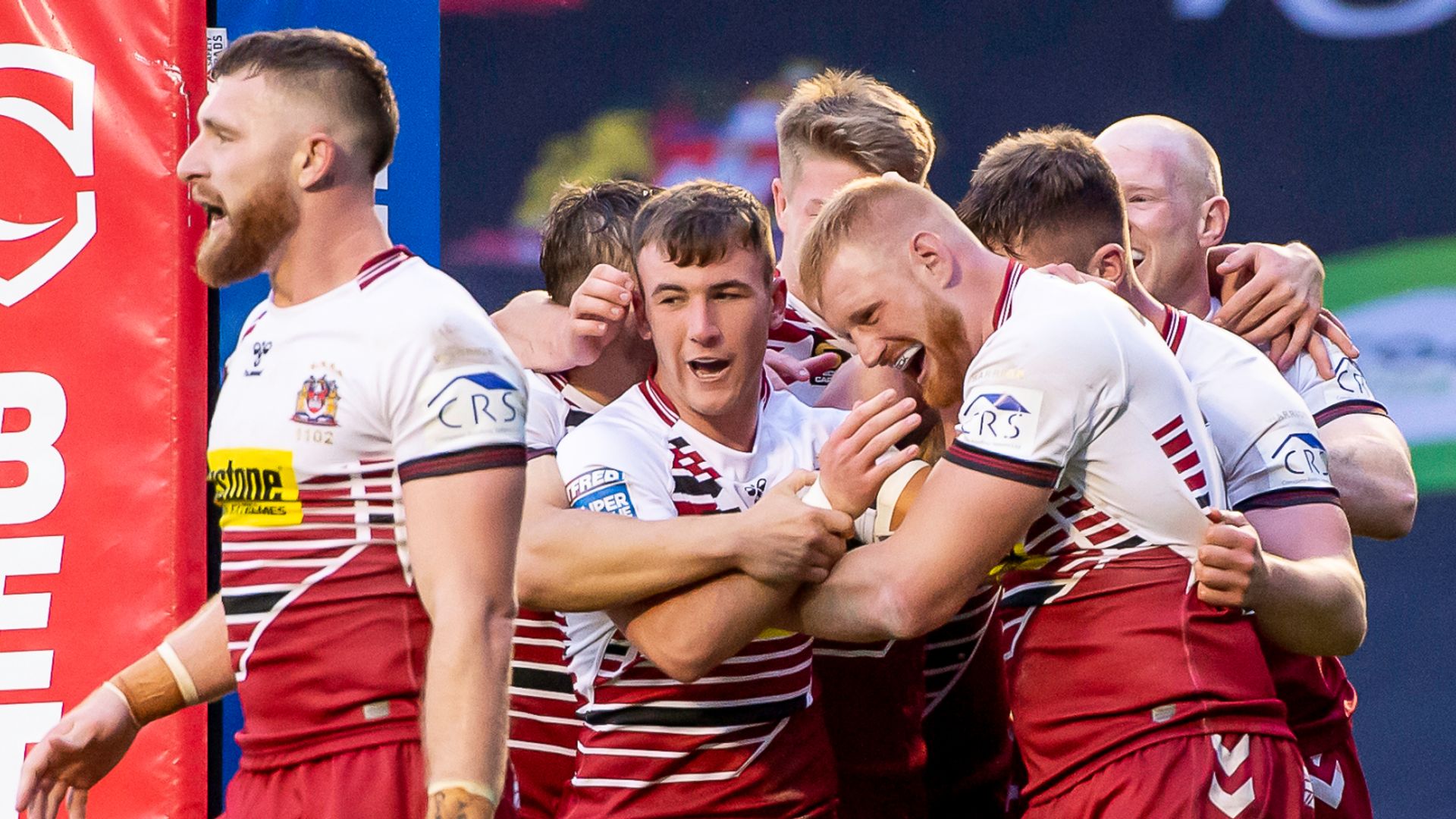 Joe Burgess and Ben Flower scored on their first appearances since the resumption of Super League as Wigan strengthened their position at the top of the table with a 30-22 win over Castleford.

The Tigers were not due to have a game this weekend but filled a hole created by Catalans Dragons’ enforced absence due to positive Covid-19 tests and played their part in an entertaining contest at Warrington’s Halliwell Jones Stadium.

They led 12-0 after 20 minutes but conceded two tries in the last quarter and have lost all three matches since the restart.

Wigan were boosted by the return of veteran half-back Thomas Leuluai and he demonstrated his value to the team with an influential performance on his 300th Super League appearance, while Castleford had stand-off Jake Trueman back and he was at the heart of their promising start.

They ought to have taken the lead when second-rower Oli Holmes gathered the ball after it was spilled by Wigan full-back Bevan French but he lost the ball in winger Liam Marshall’s last-ditch tackle.

It was only a temporary reprieve for the Warriors, however, as full-back Gareth O’Brien dummied his way over for his first try of the season on his second appearance for the Tigers following his move from Toronto.

Danny Richardson added the conversion and he was also on target after loose forward Nathan Massey took Paul McShane’s short pass to force his way over his side’s second try.

Trailing 12-0, Wigan’s fortunes also took a hit when Marshall was forced off with a head knock but they struck back with two tries in two minutes.

Hooker Sam Powell squeezed over from dummy half before stand-off Jackson Hastings and second rower Liam Farrell combined in a long-range move to send over left winger Burgess, who was playing his first game since March as a replacement for Dom Manfredi, who was on compassionate leave.

And the Warriors edged in front six minutes before the break when prop forward Flower proved unstoppable from 10 metres out after they had run the ball on the last tackle.

Zak Hardaker, switched to the wing in the reshuffle caused by the loss of Marshall, kicked his second goal to make it 16-12, but Wigan were handed a worry when substitute Morgan Smithies appeared to headbutt Castleford prop Grant Millington on the eve of half-time.

Smithies was not punished but was then sin-binned three minutes into the second half for a dangerous tackle on winger James Clare, who was carried on a stretcher after a lengthy stoppage.

Castleford were forced into a reshuffle but immediately took advantage of the extra man, with O’Brien working winger Derrell Olpherts over at the corner for their third try.

Richardson could not add the goal, leaving the scores tied, and Hardaker nudged his team back in front with a 54th-minute penalty.

Wigan looked to have clinched the win seven minutes later when Farrell ran with determination onto Hastings’ pass for a deserved try and there was no way back for the Tigers when prop Joe Bullock charged over for a fifth try following a 40-20 kick by substitute half-back Harry Smith.

Castleford grabbed some consolation when skipper Michael Shenton pounced on a loose ball for his side’s fourth try six minutes from the end and Richardson kicked his third goal.