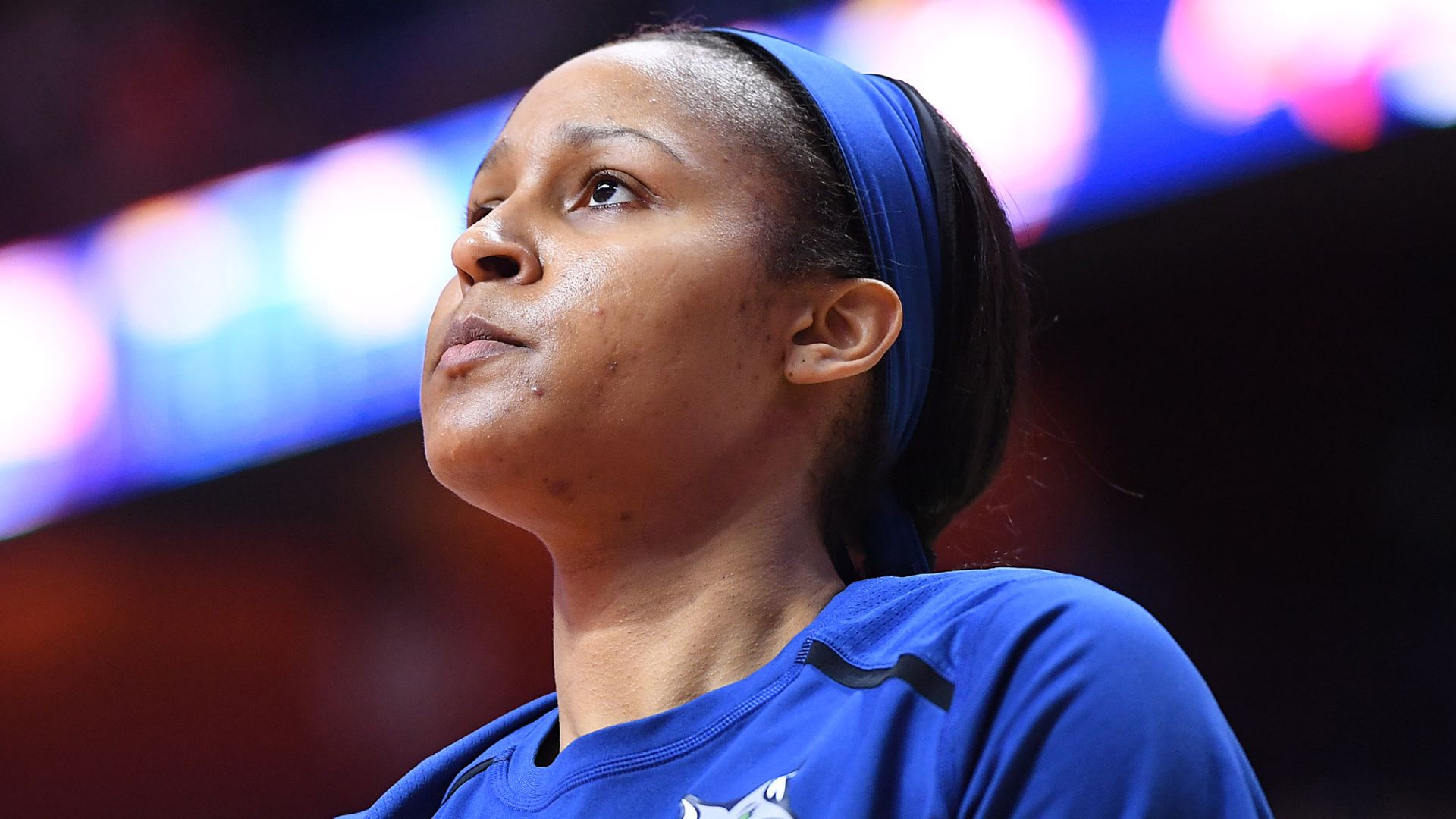 She was 29. Right at the peak of her powers. The basketball age where your physical gifts and mental awareness are in sync.

Maya Moore’s first eight years in the WNBA with the Minnesota Lynx had arguably been the most successful of any player in league history. She won four championships, Finals MVP, league MVP, as well as two Olympic gold medals and two FIBA World Championships.

She could have been the greatest player of all time. And she gave it up.

Jonathan Irons was wrongfully convicted of burglary and a shooting at the age of 18 and was nearly halfway through his 50-year sentence when he was released at the age of 40 earlier this year.

Moore left the game of basketball to highlight his case, campaign for his freedom and ultimately saw the conviction overturned.

The WNBA is no stranger to standing up against injustice.

When the Milwaukee Bucks players called a halt to proceedings on Wednesday night, their colleagues in the WNBA were quick to respect the move and unite.

This was no small decision for its players. The salaries they receive are pennies compared to those earned in the NBA.

She told ESPN’s Holly Rowe: “The sacrifices we are making, in a lot of ways, monetarily, are more, but that speaks to the metaphor of what we dedicated this season to: Say Her Name. And how women are often forgotten.

“Out of all the sports that are watched today, we are the least watched… but it speaks to the identity that we have always had as WNBA players: coming out, standing in unity and finding our voices to foster change.”

WNBA teams are expected to resume their season on Friday night.

Some of the league’s players chose to sit out this entire season to fight for equality. Atlanta Dream guard Renee Montgomery has been a regular voice on different platforms highlighting the league’s key messages around social justice and being registered to vote.

The Washington Mystics’ Natasha Cloud has been prolific at marches and was handing out water during George Floyd protests.

When Black Lives Matter protests were a near permanent feature across major American cities, players had to make the difficult decision to leave their friends and families within black communities. Many of them were still in shock and mourning after the unlawful killings of Floyd, Ahmad Aubery and Breonna Taylor.

Before the season began, LA Sparks guard Tierra Ruffin-Pratt – whose cousin Julian Dawkins was shot and killed by off-duty police officer Craig Patterson in May 2013 – said: “As an athlete, playing helps me cope and takes my mind off of life for a few hours, but once it’s over we walk back into the reality that we live every day.

“I think as basketball players we can continue to use our platforms while we’re playing. But basketball coming back won’t change the pain and anger people are feeling about unarmed black people losing their lives to cops and racist white people.”

This is why basketball had to stop after the world saw Jacob Blake get shot seven times earlier this week. The Mystics provided one of the more impactful images from the WNBA bubble in Bradenton, Florida, wearing blank white T-shirts with Blake’s name spelled out on the front, and seven red circles painted on the back, representing bullet holes.

Blake was reportedly breaking up an altercation between two women before being gunned down by the police.

Chicago Sky head coach James Wade became emotional during a press conference on Wednesday night, but before the 2020 WNBA season began, at the height of the Black Lives Matter marches, he shared a story about the first time he was confronted by the police.

He said: “My sister had a job interview. Her school finished at 2.15pm and I had to get her to the job interview by 2.30pm. I pulled up into the parents parking lot at the school behind the buses, and as soon as I pulled up and got out of the car, a policeman called out and said, ‘hey, you – leave’.

“He didn’t let me talk. He jacked me up, put me on the car, put his hand on my neck and dug my head into the car, and the other officer had her hand on her gun. By this time, the school was letting the kids out and I asked them to call the high school coach, who knew me.

“At this time, my sister came running out and asked what happened, and fortunately another lady said, ‘he was just standing there and wasn’t doing anything’. The coach arrived and said, ‘this is one of my guys. I don’t know what he did, but he shouldn’t be in handcuffs’. After that they let me go.”

Had his former coach not been available, Wade might not have given the benefit of doubt.

As the Indiana Fever’s Natalie Achonwa said on an ESPN roundtable discussion on Thursday night: “When I take that jersey off, I am a black woman.”

The players are celebrated on the court, but walking down the street in their regular attire, they face persecution. When play resumes, you can expect that to be a key message throughout the broadcasts.

On ESPN’s The Jump, WNBPA vice-president Sue Bird of the Seattle Storm said: “We are here to Say Her Name. We are here to amplify the voices of the women in this league, but also women of colour everywhere. The way we can do that in the WNBA is to play. That is our platform, that is our stage, that is where our impact is.”

That platform is a big part of the reason Moore was able to help Irons overturn his conviction.

Moore became just the second woman to appear on the front cover of SLAM! magazine. She was the league’s best talent and most popular and marketable athlete – and she used that platform for good.

You can expect the playing standard for the rest of this WNBA season to be at an all-time high, because this season is now much bigger than basketball.