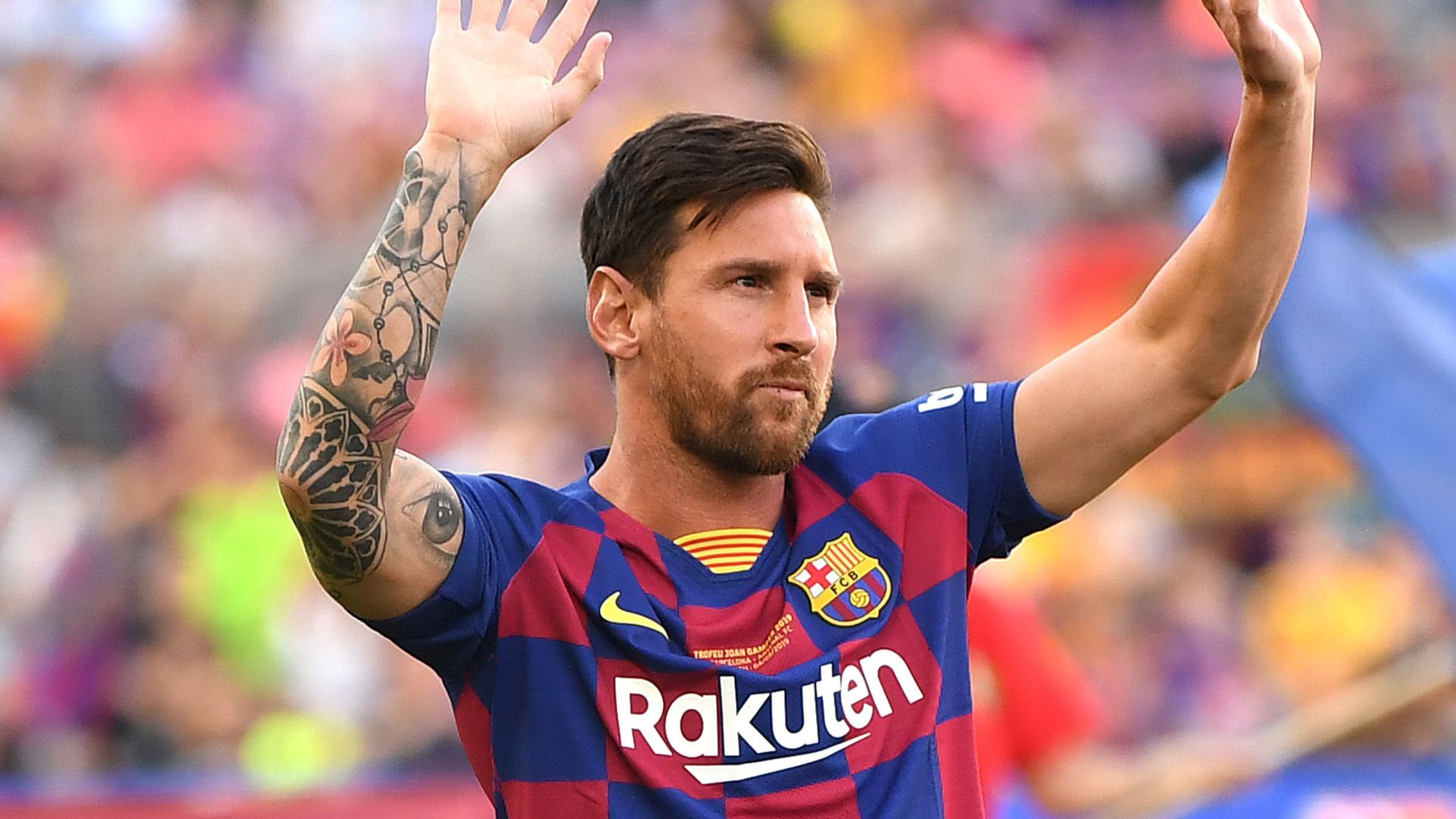 Lionel Messi has rocked the footballing world by handing in a transfer request at Barcelona sparking huge speculation over his future – and the news of a potential move to Manchester City dominates this week’s Transfer Talk Podcast.

After another dramatic week in Barcelona, host Pete Graves is joined by Dharmesh Sheth and ESPN football expert Julien Laurens to discuss what the future may hold for Messi after he asked to leave the club.

They analyse the finances behind a possible exit from the Nou Camp and whether a reunion with Pep Guardiola at Manchester City is the next step for the Argentina forward.

ESPN football expert Julien Laurens told the Transfer Talk Podcast: “Messi’s desire to leave has been growing. You can understand that he feels a bit let down by the club and president Josep Maria Bartomeu. If you look at some of the players that they put around him, this team hasn’t really been very competitive for the last four years.

“Imagine being the best player to have ever played the game and still being a part of those embarrassing moments because around you, the team was not good enough, there was no structure at the club, there was no direction.

“They spent a lot of money on players who were either not the right fit or just not good enough and I think he is right in a way to say ‘I’ve had enough. I’m 33, I’ve got two years, maybe three more. I don’t want to be here in this mess, I don’t want to work with Koeman. I want out of all of this’ and you can understand why he thinks he could be happier somewhere else.”

A move to the Etihad Stadium would reunite Messi with his former Barca boss Guardiola, under whom he won two Champions League crowns in 2009 and 2011.

City might hold further appeal in that chairman Ferran Soriano and director of football Txiki Begiristain are also well known to Messi from their time at the Catalan club.

In addition, there may also be a desire to link up with his friend and long-time Argentina team-mate Sergio Aguero.

Sky Sports reporter Dharmesh Sheth told the Transfer Talk Podcast: “On face value and if you hear what he’s said and his actions, you’d have to say yes, it is the end of Messi and Barcelona. But the more you hear, the more you feel this is purely footballing reasons why he wants to go rather than anything political to do with the Barcelona board.

“We’ve been told that the transfer request he handed in on Monday was not motivated by a desire to see change at the top of the club, it’s more to do with what’s going happening on the pitch.

“There have been other periods where Messi has been perceived to be unhappy and we’ve heard that perhaps Messi does want to go but it’s clear that this is the most serious he’s been about cutting ties at the Nou Camp.

“Messi is understood to have spoken to Ronald Koeman already and reiterated his desire to leave Barcelona. What’s more, and this is quite an interesting part of it, Messi’s move won’t have been helped by the news that his good friend Luis Suarez has effectively been told that he is no longer part of Barcelona’s plans under Koeman.

“Those issues are a result and consequence of what’s happening on the pitch. That quarter-final, an 8-2 defeat to Bayern Munich, sent reverberations around Barcelona and the footballing world and it was humiliating for Messi and Barcelona.

“But if you look closely at that game and the starting line-up that Barcelona fielded that day, six of the starting XI including Messi were 31 years of age or over.

“Is Messi now thinking ‘do I want to spend the last few years of what’s been one of the greatest careers in football at a club in crisis, transition or do I need to go somewhere else where I know I can be amongst players who are going to be challenging seriously for trophies?’

“If it is true that Bartomeu has said he will resign if Messi’s reason for wanting to leave is because of me, it’s a very clever move on his part because it would potentially force Messi to say something that it is at odds with what everyone else perceives the problem to be.

“From what we can gather, this is a footballing decision so is Messi going to come out and say ‘the president is the problem, if he goes, I stay?’ I can’t see it happening.

“It’s safe to say it is a case of who wants Messi and who wants to do the deal for him. I’m sure every club in the world would want him but only a select few can do this deal.”

Will Messi leave Barcelona? And if so, where will he go? We round up the very latest news and press rumours on the Argentine’s future.

How can Messi leave Barcelona on a free? We take an in-depth look at the Argentine’s contract situation at the Nou Camp.

Tuesday’s stunning announcement has left the world of football in frenzy, but how did we get here and what’s the likelihood of Messi actually parting company with Barca?

With the help of Sky Sports News reporters and Spanish football experts, we delve into the inner legal workings of Messi’s Barcelona contract, the narrative underlining his transfer request and whether there is a club in world football who could pull off what would be the signing of the century.

How would Messi do in the Premier League?

It is the perennial question – how would Lionel Messi do in the Premier League? As years passed, hopes of an answer were fading but with the news the Barcelona icon has asked to leave the club, the prospect has never felt more real. It is just a shame Stoke did not stick around…