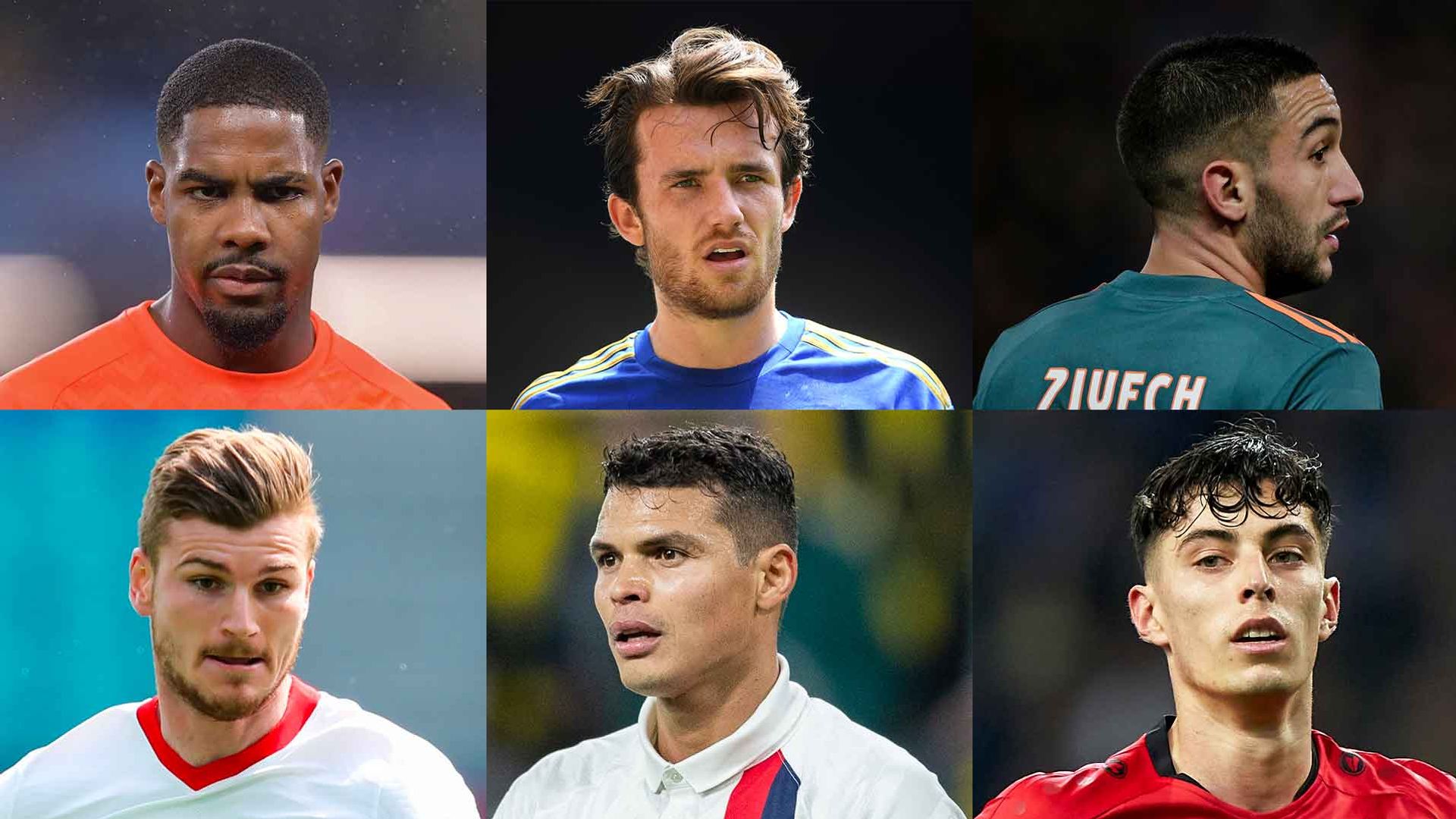 Chelsea have already snapped up Timo Werner, Hakim Ziyech, Ben Chilwell, Thiago Silva, Malang Sarr and Xavier Mbuyamba – and are still targeting more additions. So what could the Blues’ starting XI look like next season?

Frank Lampard is in the hunt for a new goalkeeper to replace Kepa Arrizabalaga this summer. Why? While only Manchester City and Liverpool scored more goals than Chelsea last season, 10 clubs shipped fewer goals.

Those stats clearly suggest the defence must be addressed as a priority and the writing was on the wall for their £71.6m stopper after losing his place to Willy Caballero at the start of the year and for their season-ending league win over Wolves.

Opta xG data reveals the Spain international conceded 10.6 goals more than expected last term – more than any other ‘keeper in the league.

Chelsea were linked with Andre Onana, Jan Oblak and Nick Pope but are seemingly set to swoop for Lille stopper Mike Maignan, who has played for France at youth levels and conceded 27 goals in 28 appearances in Ligue 1 last season.

The defence has undergone a major overhaul this week with blockbuster signings Ben Chilwell and Thiago Silva, while France U21 international Malang Sarr also joined the club – the latter pair on free transfers after their respective contracts expired at Paris Saint-Germain and Nice.

Sarr will be loaned out to gain more experience, so Chelsea could start with Chilwell at left-back and a centre-back partnership of Thiago Silva and Kurt Zouma – while Cesar Azpilicueta is likely to retain the right-back spot.

Where could Havertz fit? If the Chelsea boss sticks with his preferred 4-3-3 formation, the 21-year-old could start on the right of the three-man midfield, with Mount on the left and Kante or Jorginho holding centrally.

Chelsea have already spent £78.3m during the summer window on forwards Timo Werner and Hakim Ziyech. Both recorded devastating numbers at their former clubs last term, with Werner primarily finishing and Ziyech creating. 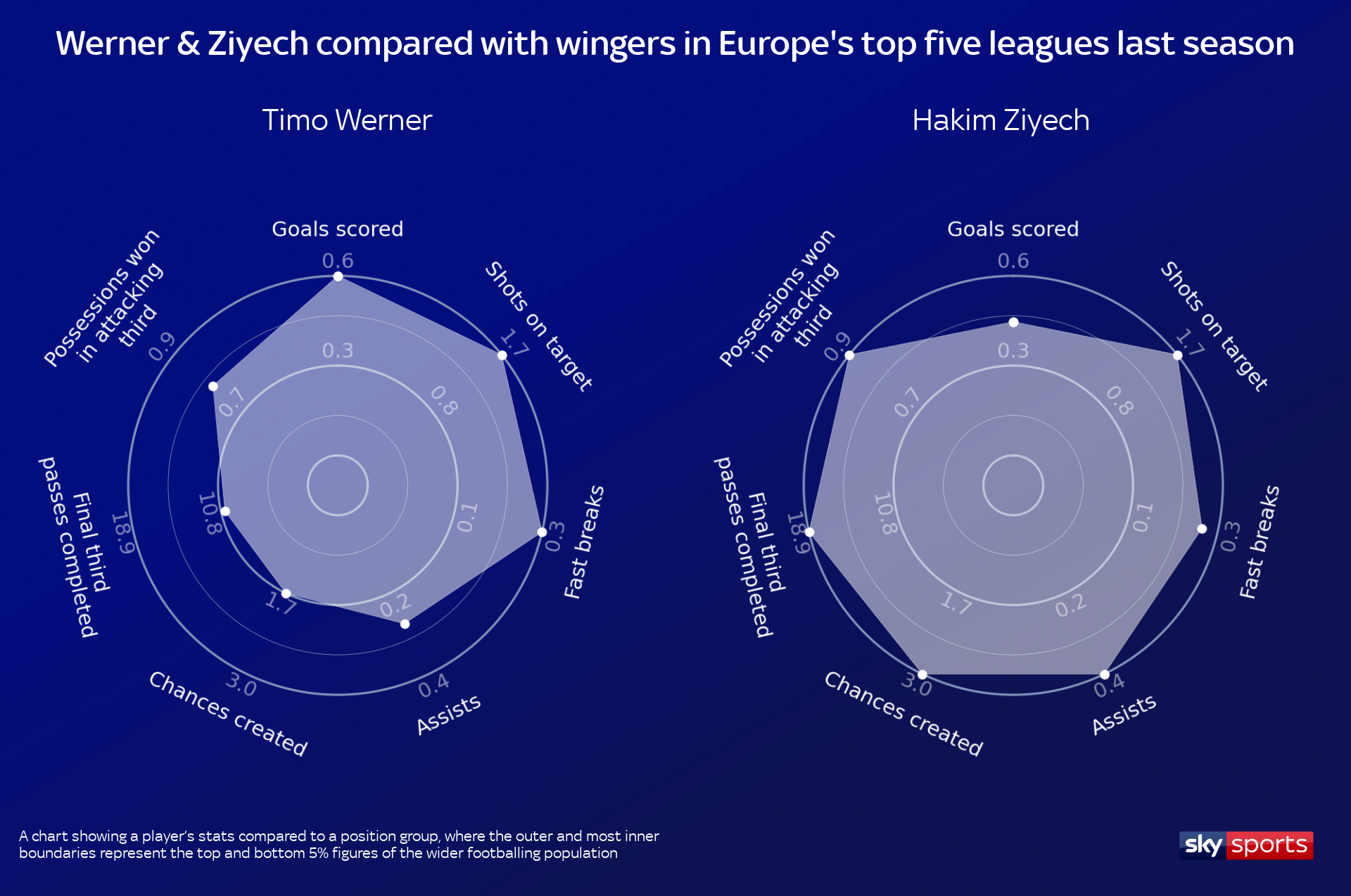 The stats show Chelsea were behind only Manchester City and Liverpool at creating clear-cut opportunities last season. But they were down in 16th when it came to taking those big chances – so the new additions will be tasked with amending that anomaly.

Willian and Pedro left the club when their deals expired after the FA Cup final but plenty of competition remains down the wings, with Christian Pulisic finishing the season in fine form and Callum Hudson-Odoi eager for more game time.

Olivier Giroud ended the campaign in pole position up top, but Tammy Abraham will want to reclaim the starting berth and lead a pacy firing line. However, Werner could start as the central striker to accommodate Pulisic and Ziyech down the flanks.