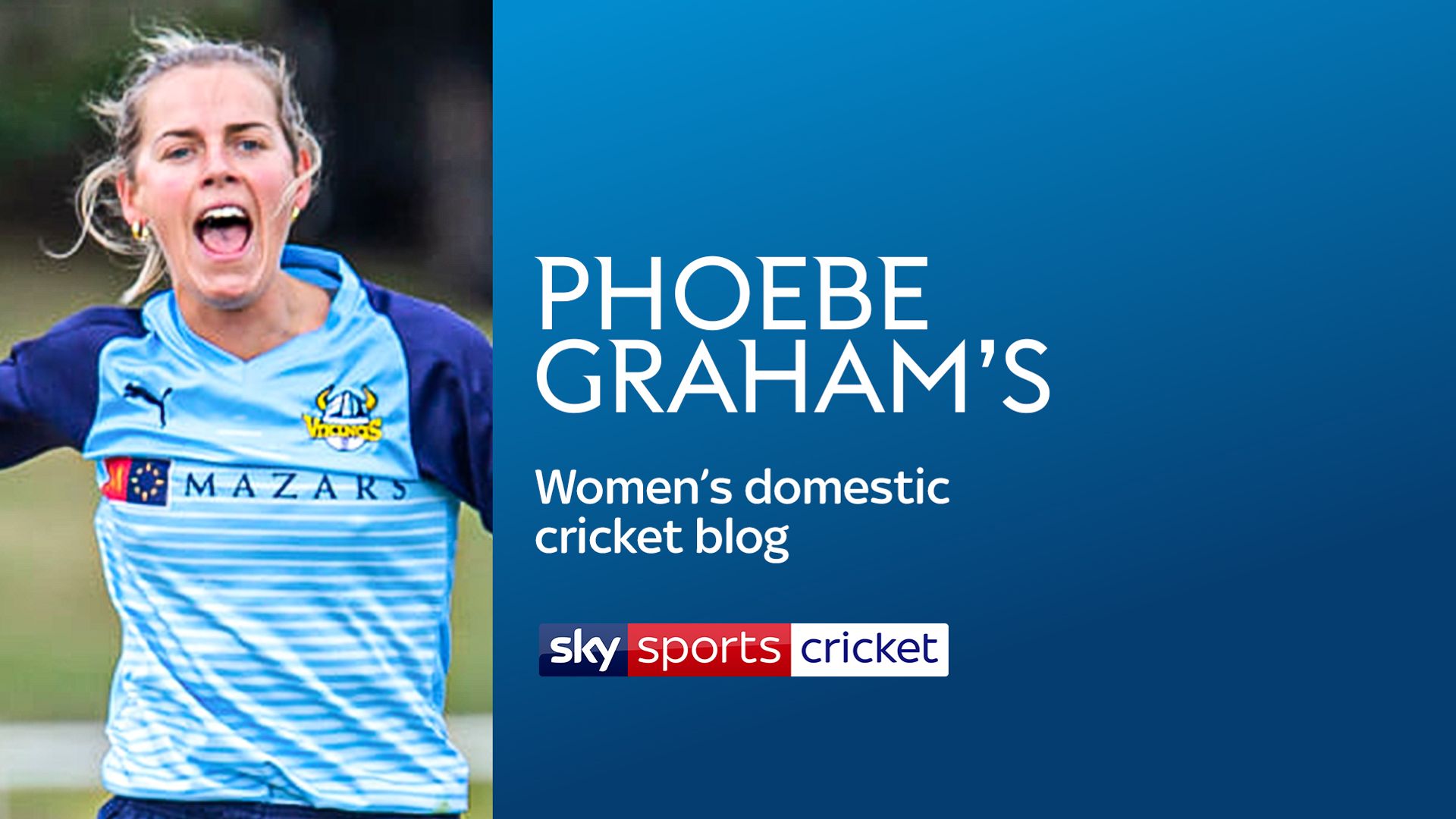 In her first post, Phoebe Graham blogs on life as a Northern Diamonds player ahead of the start of the Rachael Heyhoe Flint trophy and balancing cricket commitments with working for Sky…

At the start of 2020, I wouldn’t have predicted living for six months in ‘God’s Own County’, meeting and greeting Sky colleagues on Zoom in my childhood bedroom and signing my first ever cricket contract.

I’ve played county cricket since the ripe age of 12 and always been a sports fanatic, so I was thrilled when offered a job in October at Sky. It was an exciting prospect combining my passion and experience, plus Sky’s facilities are awesome – I was able to hit the gym during my lunch break and train like an athlete!

I’d been training during the winter with the Middlesex and MCC Women’s Academy and there was a general buzz about women’s cricket: 40 new female domestic contracts to compete for (which reflected the standard and intensity of our training) and 86,000 fans attended the MCG in March to watch Australia vs India in the ICC Women’s T20 World Cup Final. Women’s cricket was booming!

In March, I was lucky enough to head out to Brisbane for the wedding of the year and watch my old Yorkshire pal Lauren Winfield-Hill (now England cricket legend) marry the lovely Courtney Winfield-Hill. Then, the following week… lockdown.

In the height of COVID-19 I managed to get back from Oz. But sport had stopped, there was no return to the office, no extension on my flat tenancy, women’s sport was de-prioritised and so I relocated back to my family home in Yorkshire. To add to this, Prime Minister Boris Johnson had announced the cricket ball was a ‘natural vector of disease’.

Luckily, I was keeping motivated through working at Sky, fitness and I’d taken up golf with my old buddies Lauren and Courtney. Cricket was soon to return and as I if I had never left, after 10 years, I was back training with my local men’s cricket village team and wearing the white rose playing for Yorkshire Ladies.

Following a couple of performances for Yorkshire, I signed my first cricket contract for the Northern Diamonds in the new Rachael Heyhoe Flint competition.

With an increased number of regional teams (in contrast to the Kia Super League), it has created more opportunities for aspiring female cricketers.

Playing/training with old cricket pals has been class – showing sports friendships never get old, even if my county history (Devon, Notts, Berkshire to name a few…) bears the brunt of jokes at training, ‘what kit you wearing to training next week Phoebes…’.

The balancing act continues over the next six weeks, continuing to train, while working full-time at Sky. Annual leave means I can commit more hours to training in the height of the competition and the cricket set-up understands that most of us work full-time, so games and training cater for this.

I can’t wait to see what the next six games bring. Our first game is at Edgbaston this Saturday.

New competition, new kit, new prospects for the women’s game. Here goes week one of the Rachael Heyhoe Flint trophy competition, ready to bring it home for the Northern Diamonds…