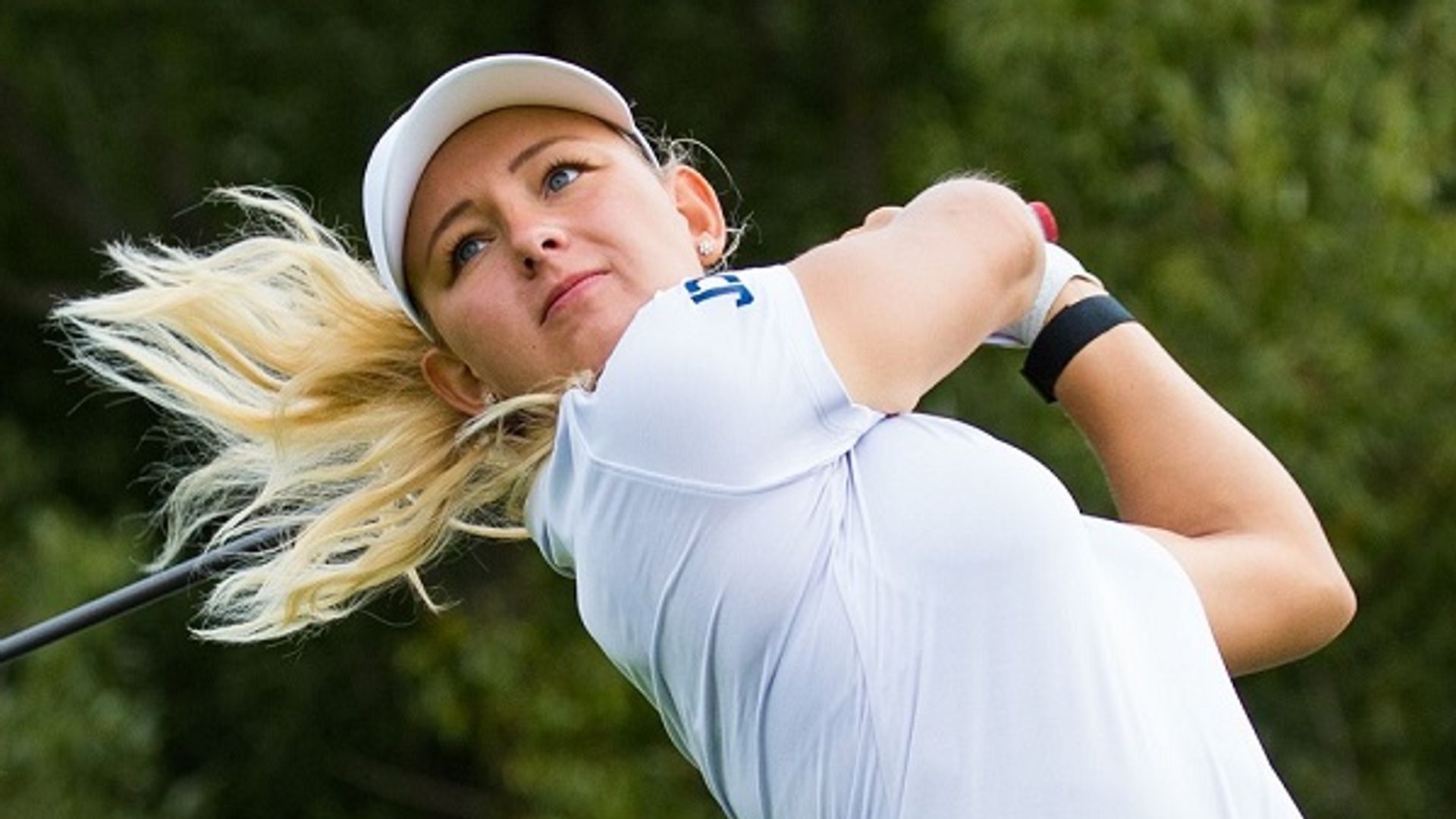 Emily Kristine Pedersen continued her impressive run of form by opening up a two-shot lead on the first day of the Tipsort Czech Ladies Open.

Pedersen, who followed a runner-up finish at the ASI Scottish Open by posting her best major finish – a share of 11th – at the AIG Women’s Open last week, maintained her hot streak by posting a nine-under 63 at Beroun Golf Club.

The 24-year-old is two ahead of England’s Cloe Frankish and Germany’s Leonie Harm, who both made bogey-free starts, with Manon De Roey also in the share of second after making an albatross late in her opening-round 65.

“I’ve been feeling good and my game felt good out there,” Pedersen said. “I had a putt on the last for -10 and had I known that score I would probably have been a little bummed, but it’s good and I’m really happy with it.”

Beginning on the back nine, Pedersen cancelled out a birdie at the 12th with a three-putt bogey from just off the green at the next before following an eagle-three at the 15th with back-to-back gains over her next two holes.

The Dane reached the turn in 32 and followed four birdies in a five-hole stretch from the first by picking up another shot at the seventh, with a tap-in par at the ninth – her final hole – closing out the lowest round of her Ladies European Tour career so far.

Frankish posted four birdies in a five-hole stretch on her back nine to get within two of the lead, while De Roey followed her eagle at the par-five 18th by making an unlikely albatross at the par-five seventh.

Scotland’s Kylie Henry is three off the pace after an opening-round 66, while Carly Booth began her title defence with a three-under 69 and Beth Allen sits in the group eight off the pace.

The threat of lightning saw play suspended at 5.36pm local time (4.36pm BST) with eight groups unable to complete their rounds. The opening round will resume at 7.30am on Saturday.

Lejan Lewthwaite was withdrawn from the event after becoming the first Ladies European Tour player to test positive for coronavirus during their Covid-19 testing process. She is self-isolating and will quarantine for 14 days, following the LET’s safety guidelines.