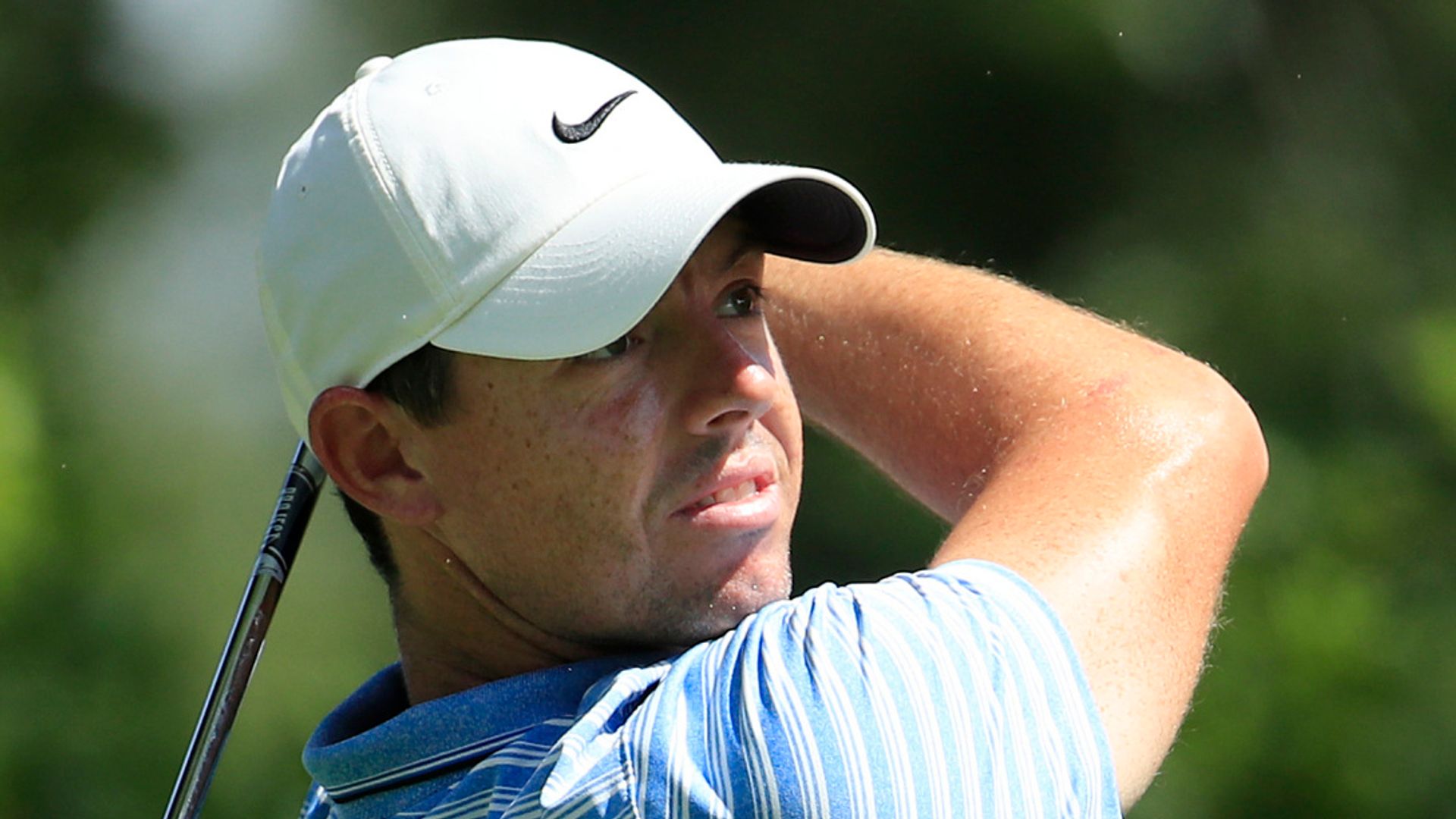 “I think the test is what’s helped me focus and concentrate. Just one lapse in concentration can really cost you around here. I think one of the big keys this week is just not making big numbers”

Rory McIlroy was pleased to see improvements in his driving and his putting after grabbing a share of the lead at the BMW Championship.

The reigning FedExCup champion has struggled for form since the PGA Tour’s resumption from its coronavirus-enforced stoppage in June, with the world No 4 failing to register a top-10 in any of his last seven starts.

McIlroy switched putters ahead of his second round after missing three efforts from inside four feet on the opening day, with the Northern Irishman following his opening-round 70 with a one-under 69 to move to the top of the leaderboard.

“I’ve driven the ball much better over the last couple of days,” McIlroy said. “That’s a huge key to my game. If I can drive the ball well, everything seems a bit easier from there.

“I put my old putter back in the bag and I felt a little more comfortable over the sort of inside-10-feet range, so that felt better. Overall, everything was pretty good.

“My iron play and my wedge play has been pretty good the last few weeks, it’s just about putting the ball in the fairway so I can take advantage of how well I’m hitting my irons and my wedges.

“I think the test is what’s helped me focus and concentrate. Just one lapse in concentration can really cost you around here. I think one of the big keys this week is just not making big numbers.

“I’ve been making big numbers for the last few weeks, so if you hit it out of position, get it back in position, make sure that your worst score is a bogey and move on. Honestly, bogeys aren’t that bad out here.”

McIlroy is joined on one under by Patrick Cantlay, who started the week 37th in the FedExCup standings and outside the projected top-30 to qualify for the season-ending Tour Championship.

Cantlay followed a pitch-in eagle at the 11th with a 12-foot birdie at the 13th, before bouncing back from a double-bogey at the 16th to drain a 40-footer at the last and close a second-round 68.

“I’ve played great,” Cantlay said. “I putted the ball really well and drove it better. Drove it pretty good actually and I thought my way around the golf course really well. I got a couple of good breaks and sometimes that’s what it takes to get up at the top of the leaderboard.

“I think it’s a good confidence booster going into Winged Foot and Augusta. Augusta is still a little way off, but in a weird way it feels like the most important golf is still ahead, so it’s nice to see my game coming around at the right time.”

Watch the BMW Championship and the race for the top-30 in the FedExCup standings throughout the weekend live on Sky Sports. Coverage continues on Saturday from 5pm on Sky Sports Golf.