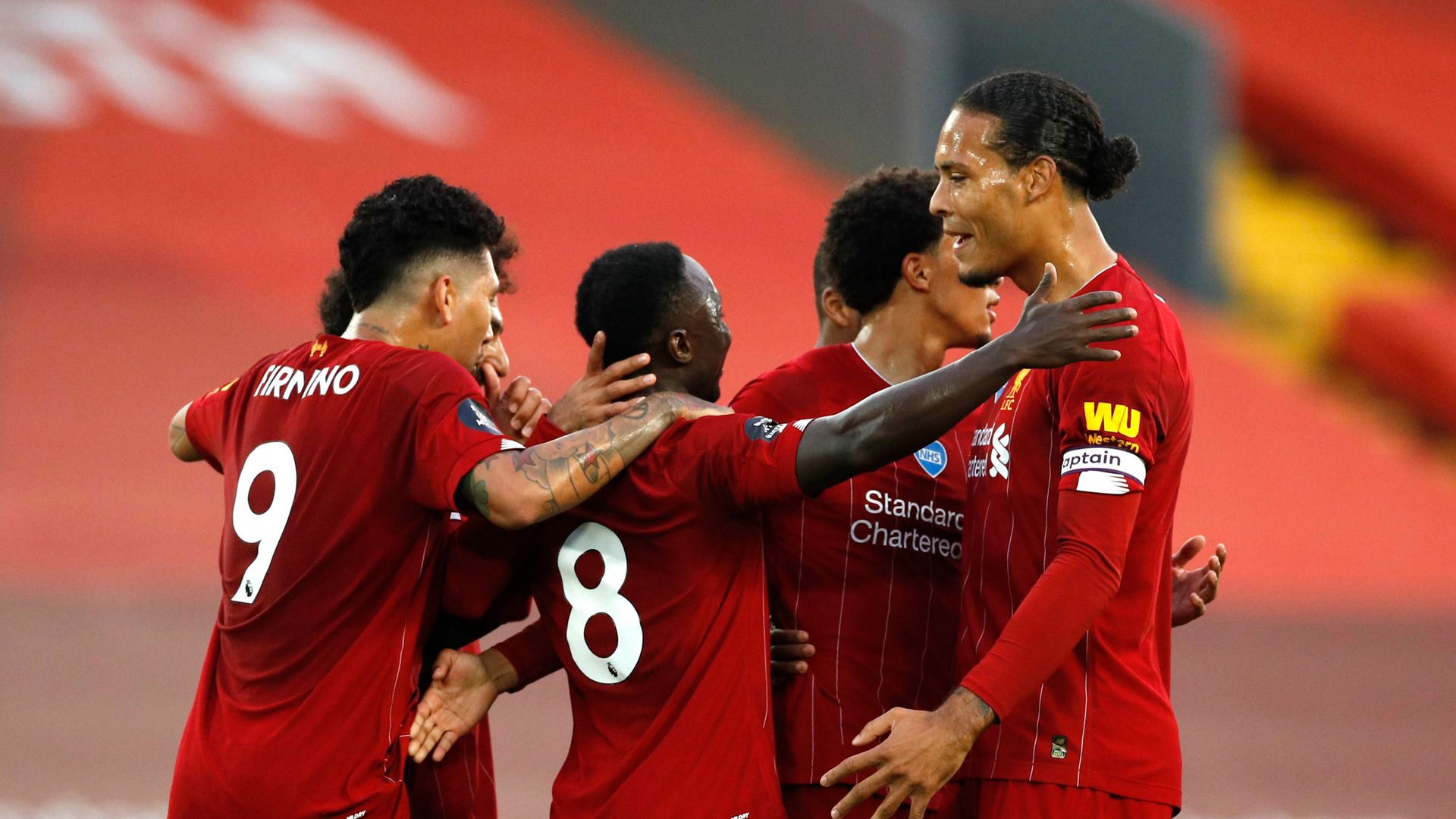 Follow Arsenal vs Liverpool in the Community Shield on skysports.com and the Sky Sports app with our live blog; kick-off 4.30pm, Saturday

Some fans will still be celebrating, but just 37 days after Liverpool lifted the Premier League trophy they will match-up with Arsenal in the Community Shield at Wembley on Saturday afternoon, kicking off a new season and a new pursuit of silverware.

It is a quicker-than-usual turnaround for the Premier League champions, with a condensed off-season set to be followed by a condensed, busy campaign. “The most intense, probably, we ever experience in our lives,” predicted Jurgen Klopp.

Typically, captain Jordan Henderson has spoken this week about moving on from the triumphs of 2019/20 and focusing on what can be achieved in the future. But, with just a couple of weeks of training and a couple of friendlies under their belt, there is no doubt Liverpool will go into Saturday’s showpiece with their preparations far from complete.

“I would be very surprised if this will be the best game we play this season,” Klopp said with a smile in his pre-match press conference. “But we should be ready to fight for a result because the opponent has a similar situation.”

Indeed, that limited preparation may be enough to see them past an Arsenal side also feeling their way back to full fitness – although, with Pierre-Emerick Aubameyang up front following his back-to-back doubles at Wembley at the end of last season, the Gunners – who beat Liverpool after the restart in July – will provide a stern test.

More importantly, Klopp and Liverpool supporters will hope to see signs the Reds are not too far off where they need to be come their opening Premier League fixture with Leeds United in a fortnight’s time.

Liverpool and Arsenal friendlies so far…

With international fixtures to take place between now and then, Klopp’s training-ground time with his players really is at a premium prior to the start of their title defence.

Beneficially, Liverpool have made few changes to the squad which dominated the league last time out. Kostas Tsimikas may make his first competitive Liverpool appearance at left-back and Rhian Brewster, who has scored three goals in their two friendlies, may be handed a start. But Klopp’s squad know the demands and know what is expected of them in this side.

Ultimately, success or defeat in the Community Shield has mattered little in terms of what comes next in the Premier League. Just eight Community Shield winners out of 28 have gone on to claim the title. And with an extra week before the Premier League gets under way on September 12 separating the start of the season and Saturday’s showpiece, there will still be time to refresh and refine before Liverpool begin the defence of their crown.

But this Liverpool side have become used to winning. They feed off it, and last season they did it most times they stepped onto a pitch. Henderson will want another trophy lift and victory would help set the tone for what’s to come.

If Liverpool are off the pace, Manchester City and the other Premier League hopefuls will be there to capitalise on any early slip-up. But Liverpool will be keen to remind them just why they are the ones to catch.

Jordan Henderson says Liverpool are hungry for more success and they have put last season’s title win behind them.

“To be honest, we haven’t spoken about it [winning the league],” the Liverpool captain told the club’s website.

“It’s more about, ‘Have you enjoyed your holiday?’ We’ve been cracking on, really working hard. New season, new start and a lot more things we want to go on and achieve.”

Arsenal head coach Mikel Arteta is positive the club will soon complete the signing of defender Gabriel Magalhaes from Lille and agree a new contract with Aubameyang.

Gabriel is set to join Arsenal after they agreed a £27m fee with Lille for the defender, beating off competition from Premier League rivals Manchester United, who held late discussions with the player’s representatives, Everton and Italian club Napoli for the 22-year-old.

Players to take the knee before Community Shield

Players will take a knee before the men’s and women’s Community Shield games at Wembley on August 29, in support of the Black Lives Matter movement, the Football Association has confirmed.

An FA spokesperson said: “Players in both the women’s and men’s FA Community Shield matches this weekend will take a knee before kick-off in order to show solidarity to the black community and to highlight inequality and injustice experienced by this community.”