Jack Culcay is back on the title stage.

The former interim titlist has once again positioned himself for a final elimination bout following a well-earned decision over countryman Abass Baraou in their fiercely contested junior middleweight heat.

Judge Peter Milord had the previously unbeaten Baraou winning the contest 115-113, overruled by judges Iko Bebic (115-114) and Oliver Brien (116-113) who scored in favor of Culcay in Friday’s main event which aired live on Sport 1 from Havelstudios in Berlin, Germany. 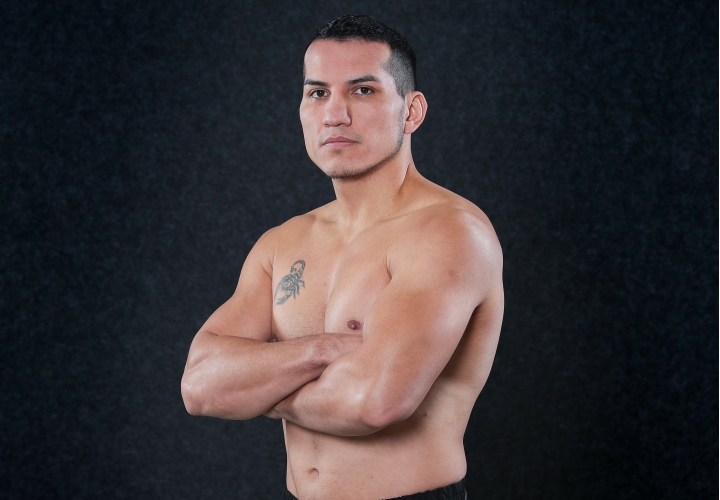 Culcay entered the night riding a three-fight win streak since a narrow points loss to Sergiy Derevyanchenko in their middleweight title eliminator last April in the United States. The setback marked his final fight at the weight, since returning to the 154-pound division where he has spent most of his career.

It is also where Culcay—a former interim titlist—received his lone shot at the real thing, dropping a split decision to Demetrius Andrade in their March 2017 junior middleweight title tilt. His three victories since returning to the weight last June have all gone the distance, including a 12-round decision over Howard Cospolite in this very venue this past June.

Given his credentials, Culcay came in as the far more celebrated of the two. Baraou disproved the notion of a suggested gulf in experience, standing in close quarters with Culcay for the bulk of the 12-round contest. The unbeaten prospect from Oberhausen took the fight to Culcay in round two, connecting with lefts and straight right hands which left the former title challenger wide-eyed and in retreat.

Culcay turned the tide in round three, beginning a recurring theme where he managed to frequently connect with his left hook. Baraou was able to get leverage on his straighter, cleaner shots but constantly left vulnerable to Culcay’s weapon of choice.

It very well could have been the difference in a tightly contested round four. Baraou was the more active of the two and the cleaner puncher, though his balance lent suggestion to being more stunned by a counter left hook than might have been the case.

Baraou put his considerable height and reach advantages to good use in rounds five, working a purposeful jab and following with a snapping right hand. Culcay took the shots well along with taking the lead in round six, though perhaps getting more than he bargained for as Baraou proved game for an inside fight.

No matter how often Culcay attempted to take the lead as the aggressor, Baraou remained right in his face ready to fight back. The unbeaten boxer let his hands go late in round eight, with several punches blocked by Culcay’s tight guard but also poking through the armor with a combination upstairs.

Baraou absorbed a left hook from Culcay in the first minute of round nine, responding with a right hand and left hook of his own as the former title challenger was caught walking in with his guard down. Culcay continued to apply pressure, overselling a looping right hand to score with his left. Baraou committed to a straight right hand, sliding to his right and pushing off the back foot to shoot the weapon through Culcay’s loosening defense.

Culcay showed signs of fatigue in the latter rounds, understandably slow given the brisk pace. Unfortunately, his opponent had plenty of fight left in him, as Baraou’s hand speed and steady jab continued to be the difference in most of their exchanges. The two traded shots on the inside in the final minute of round ten, Baraou getting the better of it but Culcay landing right hands and compact left hooks.

The championship rounds saw Culcay find his second wind, connecting with the more telling blows as Baraou was suddenly punching with a little less snap.

Baraou regrouped in the 12th and final round, putting more behind his punches though still not enough to keep a suddenly relentless Culcay at bay. Baraou was quicker to the draw, shooting straight punches up top, with Culcay walking through every combination to storm back with power punching flurries. The two continued to trade until the final bell, both receiving a well-deserved standing ovation from the intimate but vocal crowd on hand.

Culcay advances to 29-4 (13KOs) with the win, his fourth in a row. Baraou suffers his first defeat, falling to 9-1 (6KOs) though his stock soaring in the process.