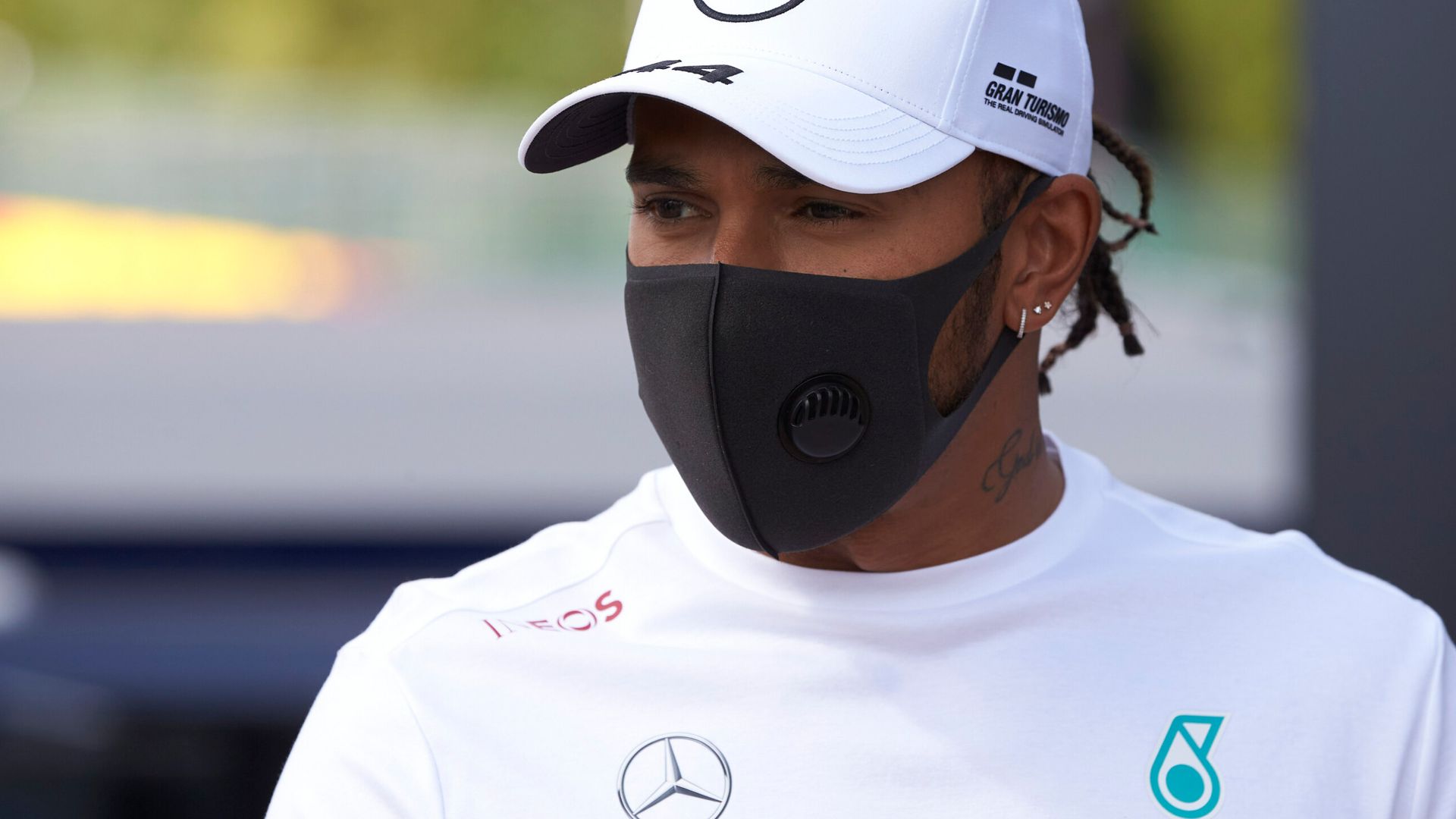 “We seem to be so close with everyone and we’ve got to understand why,” says Hamilton after finishing third fastest on Friday at Spa

Lewis Hamilton insists the closely-packed field in Friday practice at the Belgian GP does serve as evidence the field are closing on Mercedes.

Hamilton trailed Red Bull’s Max Verstappen and, in the unexpected result of the opening day at Spa-Francorchamps, Renault’s Daniel Ricciardo on the Practice Two timesheet.

Less than half a second separated the fastest eight drivers and quickest five teams on the longest lap of the season.

“It’s very close out there,” said Hamilton, who was 0.096s slower than Verstappen.

“I think the Red Bulls are just a little bit quicker at the moment, but even like Racing Point are right with us. Then also Daniel Ricciardo in the Renault was very close.

“So that makes it exciting. We’ve got some work to do to, that’s for sure, to dial in the car a bit more. But it doesn’t feel bad at all.”

Hamilton had said on Thursday that Verstappen, 37 points adrift of him in second place in the championship, could not be discounted from the title race.

“As I anticipated coming into this weekend – we’re only into the seventh race – the field is going to get closer and closer as the whole of Formula 1 develops. It’s already showing that this weekend,” added the six-time champion.

“We seem to be so close with everyone and we’ve got to understand why. Whether they have taken a step, or we have taken a step back, or it’s just the track layout or downforce level, who knows.

“We’ll work on that but I’m excited for an interesting race, that’s for sure.”

Despite the Friday timesheet, the smart money remains on one of Hamilton or Valtteri Bottas, who was sixth quickest in P2, claiming a seventh consecutive Mercedes pole position at the start of the 2020 season.

Verstappen, the last non-Mercedes driver to start on pole at last November’s Brazilian GP, was not ready to change their favourites’ status.

“I expect them [Mercedes] to be stronger tomorrow,” said Verstappen. “I’m not expecting to fight for pole position, but if we can be closer it’ll be good.”

Nonetheless, the Dutchman was pleased with how his Red Bull was handling on the challenging Spa layout, which requires a compromise between top speed for sectors one and three and downforce for sector two.

“Car seems to handle well. It’s a good start, but still some things to work on for [Saturday]. But overall I’m pretty happy,” he added.