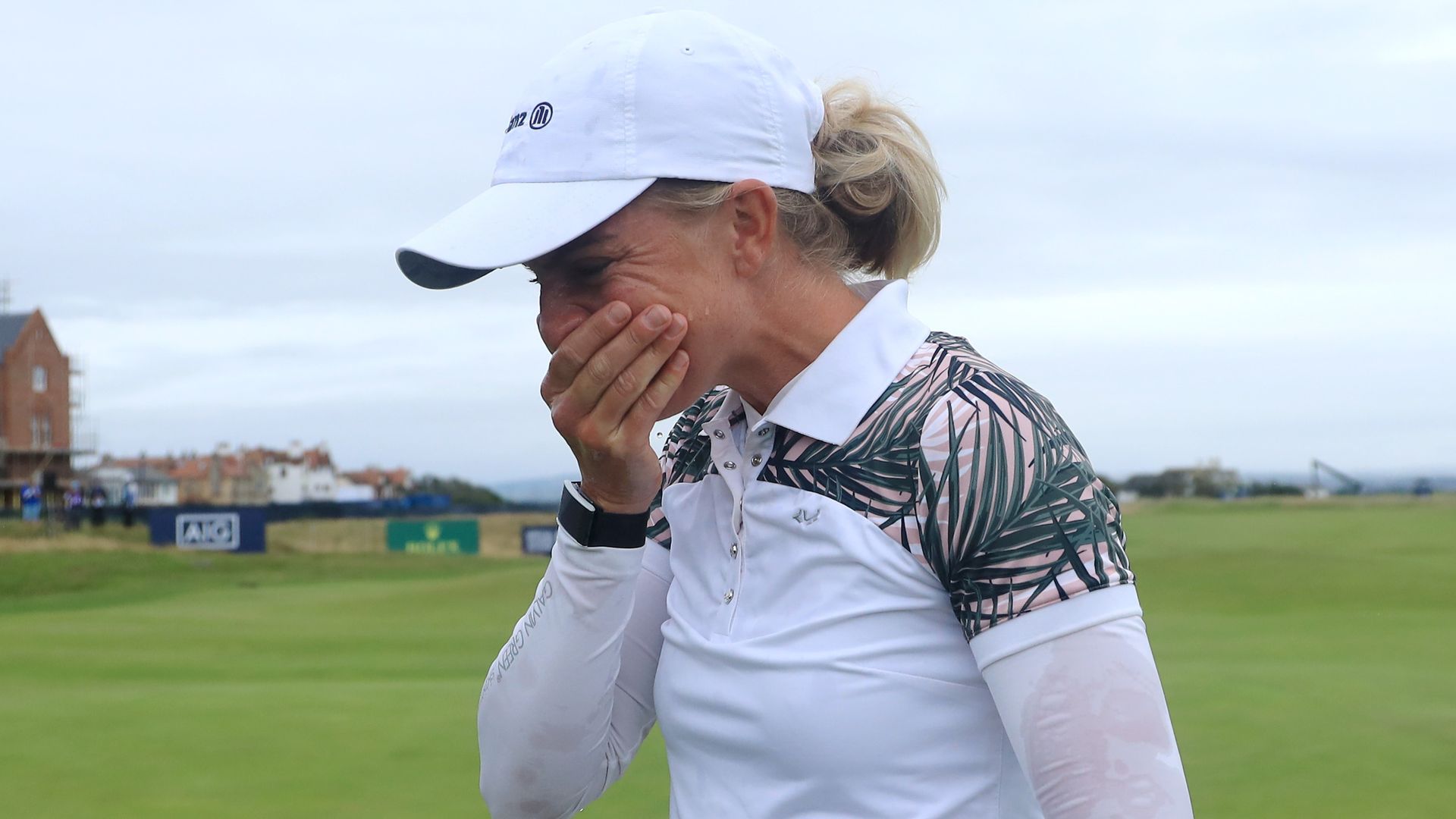 Ian Poulter described the decision as ’embarrassing to the game of golf’; Tommy Fleetwood referred to the LPGA Tour’s ruling as ‘stupid to say the least’

Ryder Cup stars Ian Poulter and Tommy Fleetwood are among golfers to support Sophia Popov after the new AIG Women’s Open was not given a full five-year exemption on the LPGA Tour.

Popov claimed a shock two-shot victory at Royal Troon last week, lifting the German from 304th to 24th in the world rankings. Major wins also usually result in a five-year exemption on the LPGA Tour, but it has since emerged that only LPGA Tour members are eligible for the full exemption.

The 27-year-old is a member on the Symetra Tour – the second tier of women’s golf in the United States – so only gets the exemption for the remainder of this season and the 2021 campaign, with Popov also not eligible for next month’s ANA Inspiration.

“I definitely got a little bit frustrated about the whole thing,” Popov told Golf.com. “It’s tough because I feel like I deserve the full five years of exemption from the LPGA, but, at the same time, I understand the regulations and the fact that they can’t change the rules for a certain player.”

The decision not to award Popov – as things stand – a full five-year exemption has caused a stir across the golfing world, with several golfers turning to social media to criticise the LPGA Tour.

Poulter described the decision as “embarrassing to the game of golf”, while Fleetwood referred to the LPGA Tour’s ruling as “stupid to say the least”.

Europe’s most recent Ryder Cup captain Thomas Bjorn added: “It’s amazing that @LPGA and @LPGACommish haven’t reacted yet….Golf is again the laughing stock of the sports world due to having rules that doesn’t make any sense… @SophiaCPopov is a major champion and should play wherever and whenever she wants!!!”

As golfers we all dream of being a major champion @SophiaCPopov congratulations on such a special achievement!! @LPGA rule is stupid to say the least. The way you’re playing though you won’t have to worry about it 💪🏻💪🏻

Former Ryder Cup captain and Sky Sports pundit Paul McGinley tweeted: “These are times for sensitivity & adaptability in a crazy world. Come on @LPGA and find a way to compromise here. She did so much for your Tour and for ladies golf last week.”

Andrew ‘Beef’ Johnston posted multiple messages hitting out at the decision, including: “WHHAAAT are u joking. Sort that @LPGA. Madness man.”

Should the LPGA Tour change make an exception and give Popov a full exemption? Get in touch via @SkySportsGolf or comment below to get involved in the debate, but please adhere to our House Rules. If you wish to report any comment, simply click on the down arrow next to the offending comment and click ‘Report’.