On Wednesday, unified heavyweight champion Anthony Joshua explained that he’s confident in his ability to stop WBC champion Tyson Fury inside the distance.

And Joshua believes the end would come in the first half of the fight.

“First six rounds, I think, well I know I’m going to take him out then,” AJ said on Sky’s A League of Their Own.

“I have had a shorter career, so I’m fresher. I’ve been in the deep end longer so I can handle the pressure and I believe I’m going to take him out. Fury drew the first and then rejigged his game plan and took Wilder out and schooled him really but I think I’m faster than Wilder anyway, call it what you want, I believe I’m better.” 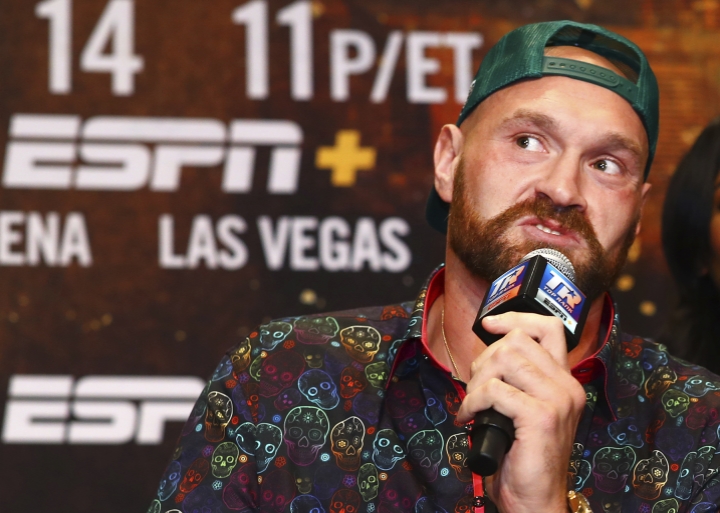 Those words have been received by Fury, who promised to end their fight even earlier.

“I would batter Joshua inside the first round,” Fury said.

Joshua and Fury are now one step closer to potentially fighting each other in 2021 – after Alexander Povetkin knocked out Dillian Whyte this past Saturday night at Matchroom’s Fight Camp in London.

The loss to Povetkin has in turn removed Whyte from that mandatory position.

Fury and Joshua still have unfinished business to handle in the coming months.

Joshua has to make a mandatory defense, when he stakes his IBF, WBO, WBA, IBO world titles against Kubrat Pulev. That fight is being targeted for December.

And Fury has a contracted obligation when he faces Deontay Wilder in a trilogy fight, with a tentative working date of December 19th.