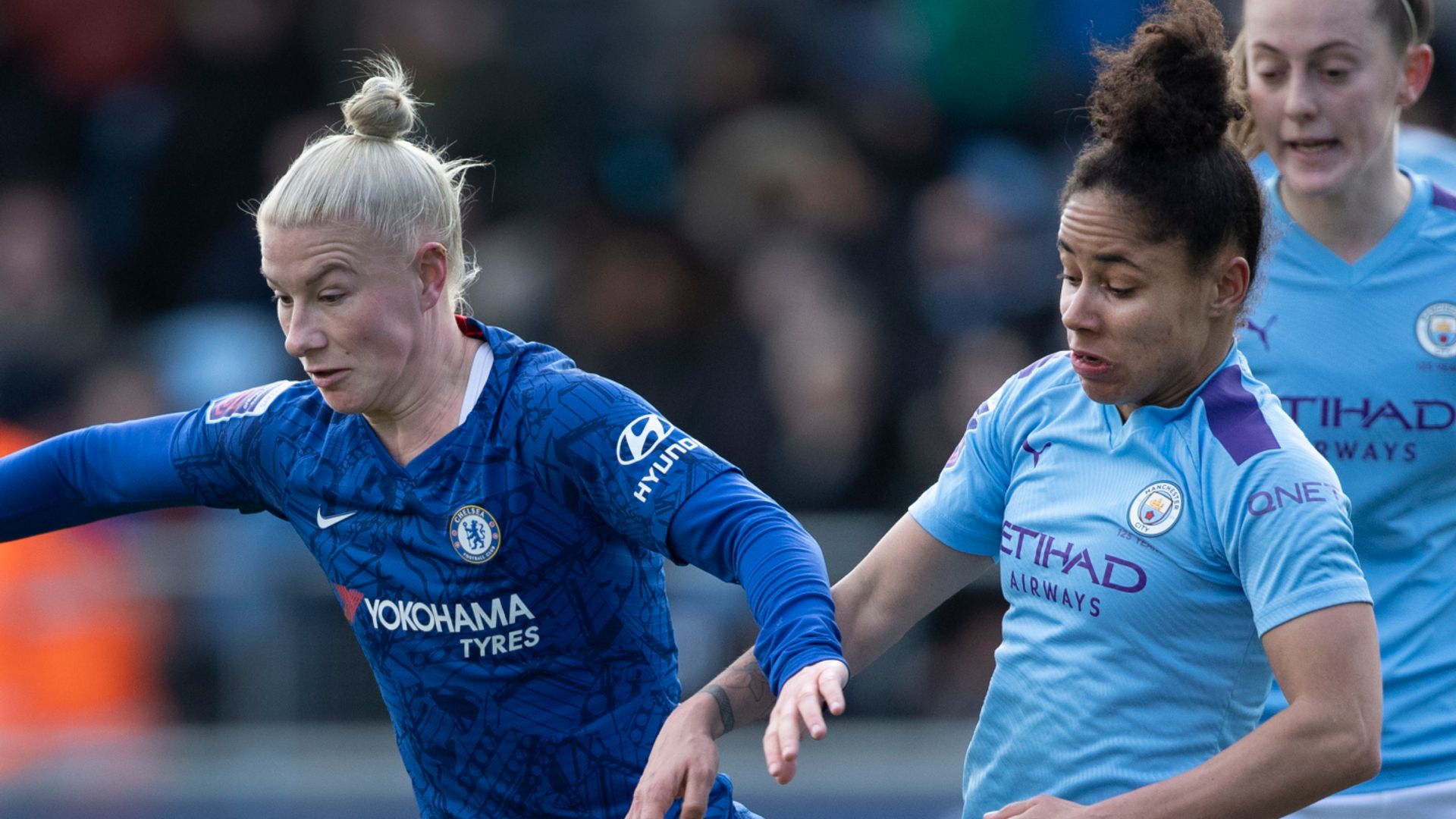 Lianne Sanderson speaking on Women’s Football Show: “It’s never just been about taking part, that’s what they try to instil in people […] when me and Jill Scott used to be room-mates with England, we would play each other on the Sunday and try to kill each other”

City captain Steph Houghton, Ellen White, Georgia Stanway and Keira Walsh are some of the Lionesses who will line up against Chelsea at Wembley Stadium for the first Women’s Community Shield match since 2008.

England says even though there may not be any “bad blood” between Chelsea and the team they leapfrogged to win last season’s Women’s Super League title, a new-found sense of ruthless competition in the division does not allow “friends in football”.

“We’re all friends until we cross that line and then we play for the badge on the shirt. That’s the way I see it and I’m pretty sure that’s how the City girls will see it,” she told The Women’s Football Show.

“There’s no friends in football, we’re all going to go out there fighting to win and hopefully we fight harder and come out on top.”

Former Arsenal, Juventus and England forward Lianne Sanderson says the win-at-all-cost culture being seen in the English game is something which she experienced during her career in the United States.

She believes managers such as Chelsea’s Emma Hayes should be credited for developing that mentality.

“It’s never just been about taking part, that’s what they try to instil in people. I agree with Beth, when me and Jill Scott used to be room-mates with England, we would play each other on the Sunday and try to kill each other. You wouldn’t want it any other way. The top players always have that mentality.

“Being in America for the past 10 years it’s something I fell in love with here. They will win at all costs. They know they are the best and they are not ashamed to say it.

“In England maybe we are a bit too modest. Emma Hayes has been over there, managed there, she knows where the teams [in the WSL] need to be at. I think that is where the difference has come.

“Players from the US are coming to the WSL now, it is the best league now, it’s taking over.”

‘Buddy got through me lockdown’

England, a self-confessed dog lover, says her pet Buddy helped her cope with 12 weeks alone in London during the recent lockdown due to the coronavirus pandemic.

“He’s my best friend and I am literally the biggest dog person you will ever meet. I spent a solid 12 weeks on my own in London through lockdown, just me and him,” she said.

“He got me through that tough time because it does get lonely and as much as you can Facetime and be on the phone to family and friends, it’s not the same.

“Having a such a good little mate there with you all the time makes such a difference. He’s the best little boy I could have ever wished for.”