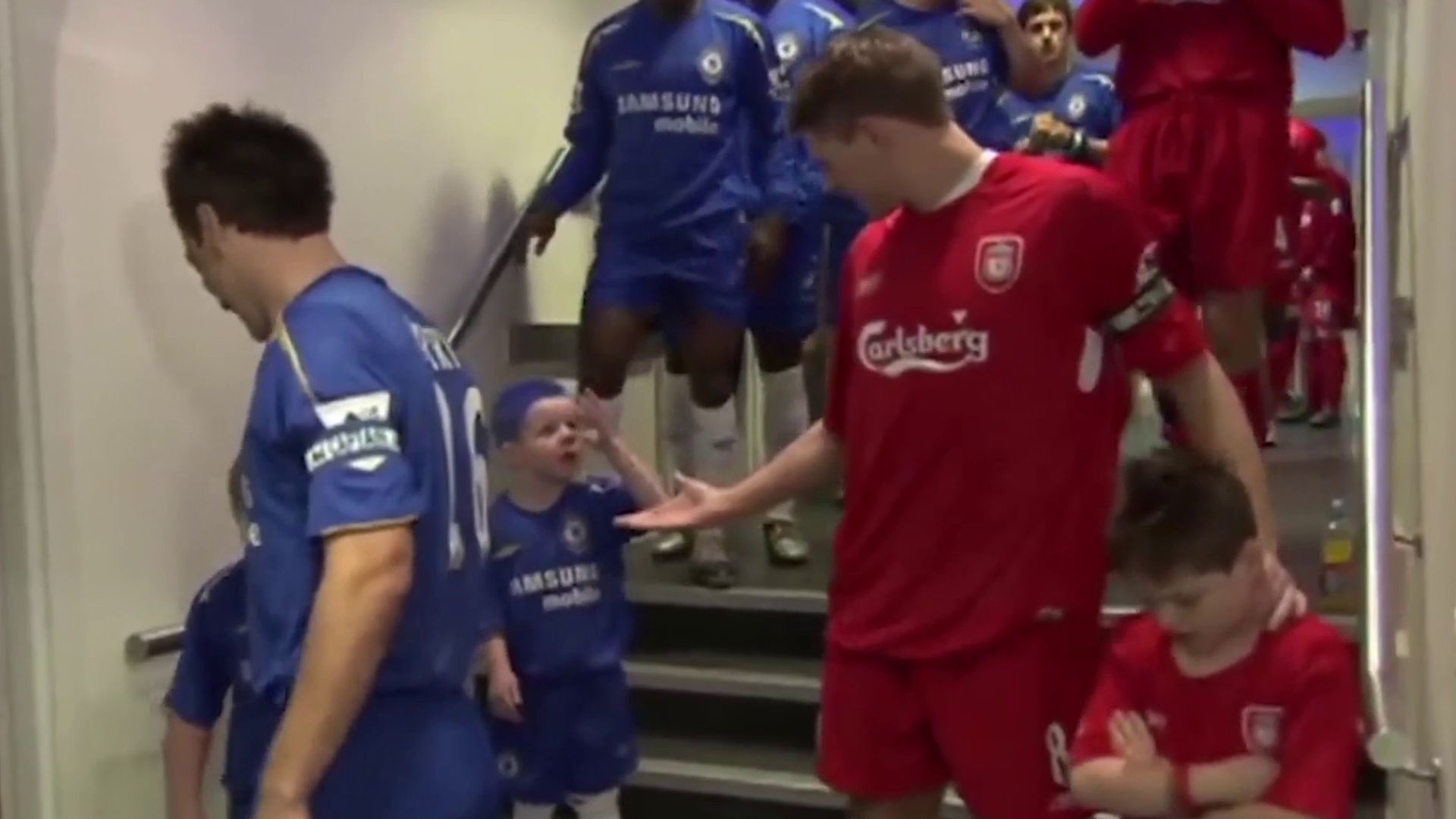 Jake Nickless, 20, now plays for Jamie O’Hara’s Billericay Town: “When I saw Gerrard in the tunnel it was just instinct… I hope he didn’t think I was trying to mug him off”

Jake Nickless, now 20, was just five years old when he asked the Liverpool captain for a handshake and left him hanging in the minutes before a Premier League game against Chelsea in 2006.

Gerrard claimed in his autobiography that it was the only time he had smiled pre-match in the tunnel before a game.

“It comes around every year,” Nickless told Sky Sports News. “I can’t really remember too much about it, my dad put me up to it and when I saw Gerrard in the tunnel it was just instinct.

“When Chelsea play Liverpool it appears on the big screen. I look a lot different to what I was at five, I had blue hair as well so I don’t really get stopped too much.

“My friends tagged me this year on a Twitter page and that’s when people realised it was me.”

Billericay boss Jamie O’Hara is overseeing the latest stage of development at a club that has invested in two 4G pitches for the local community.

It means he is promoting a number of players from the U23 set-up to compliment a senior side led by him and assistant Paul Konchesky, formerly of Liverpool and West Ham.

Nickless was one of those who attended the U23 trials day. The former Chelsea academy player scored twice as a trialist last Saturday and has earned himself a contract.

“It’s mad to think he was so small, it feels like yesterday. I remember laughing myself at it.

“I put it on our group chat and said boys get on this! That lad on trial with us, that’s him. They were having a giggle about it.”

“They all remember it as an iconic moment in the Premier League but I don’t think Gerrard will be coming down to watch us that’s for sure!”

It seems the Rangers manager was a good sport about it.

“When his autobiography came out I got my mum to send it to him and he signed it for me,” said Nickless.

“It was all a bit of fun. I hope he didn’t think I was trying to mug him off.”

He may be recognised as ‘the kid who pranked Gerrard’ but Nickless is hoping his football can do the talking.

“The trial went as good as it could have done. Jamie has been brilliant, it’s a great club and I’m looking forward to getting going.”