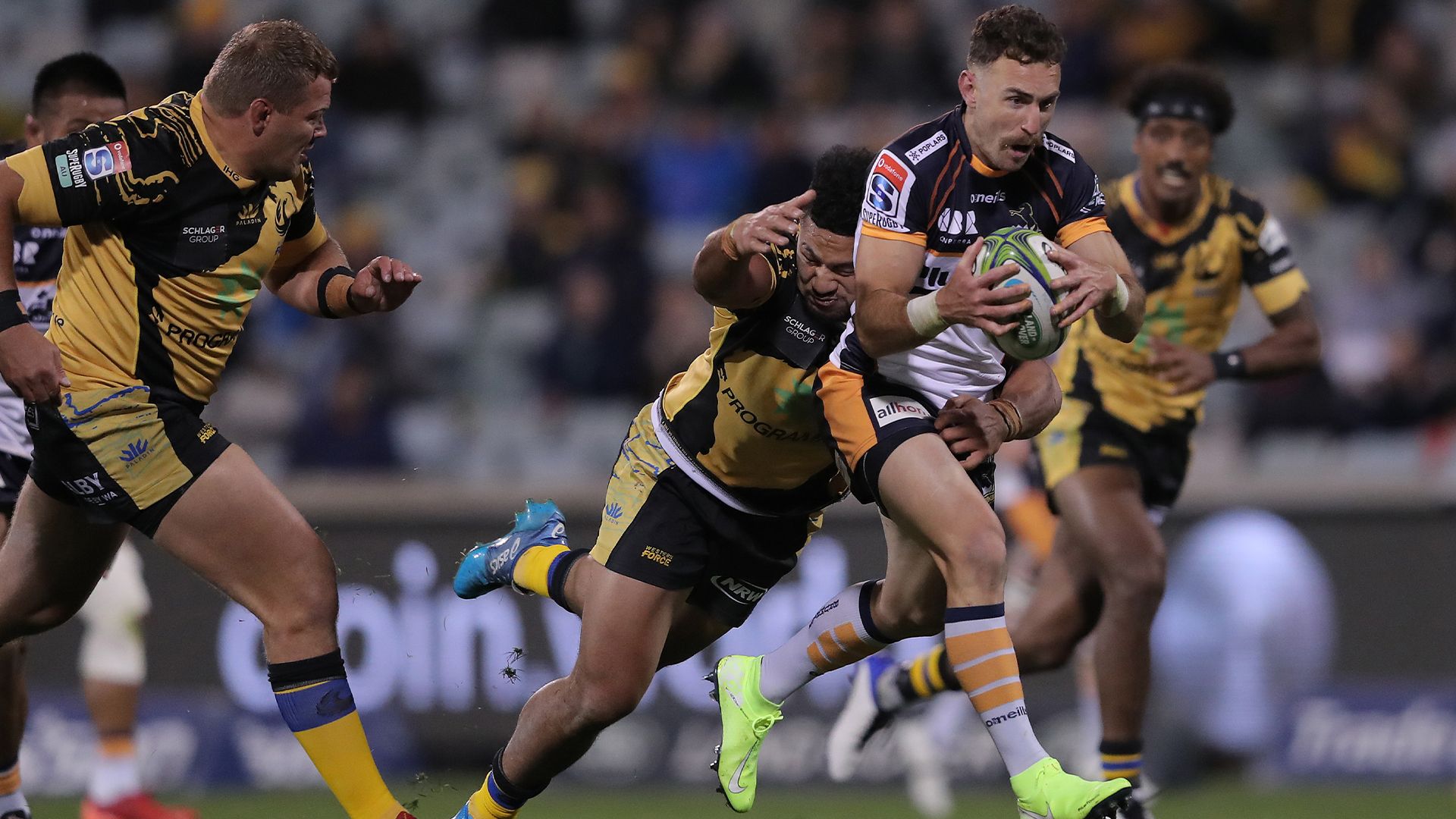 The Brumbies shrugged off a slow start to claim a bonus-point 31-14 win over Western Force in Canberra on Friday and seal their place in the Super Rugby AU play-offs.

Tom Wright, Tom Banks, Will Miller, Len Ikitau and Andy Muirhead scored the tries for the pace-setting Brumbies, who shored up top spot in the five-team domestic tournament.

On 28 points, the Brumbies are seven ahead of second-placed Queensland Reds, with one round to play.

The Force, the tournament’s only non-Super Rugby team, remain winless and out of the play-off hunt, but they rebounded strongly from their 57-5 humiliation by the Reds last week at Robina Stadium.

They grabbed the first try through Fergus Lee-Warner, won the early collisions and kept the Brumbies scoreless for over half an hour.

Outside-backs Wright and Banks crossed late in the opening half to push the Brumbies to a 10-7 lead at the break, and Miller pressed the advantage with their third try 10 minutes after the restart.

Yet fly-half Jono Lance clawed the Perth-based Force back within three points with a try in the 54th minute.

Ikitau’s 64th-minute try restored the Brumbies’ cushion before Muirhead sealed the win six minutes from the siren by chasing down a loose ball over the line.

Australian referee Amy Perrett became the first woman to control a Super Rugby game when she took the whistle for the match.

Perrett oversaw an eventful match in which three Brumbies tries were disallowed on video review.

Super Rugby AU continues on Saturday, with the Waratahs needing a bonus-point win over the Rebels to keep their play-off hopes alive.