Viktor Postol has had two extensive training camps and an abbreviated camp since late last year for this same title fight against Jose Ramirez.

All that training notwithstanding, Postol has not fought since April 2019. The 36-year-old mandatory challenger for Ramirez’s WBC super lightweight championship last fought 16 months ago, when he defeated France’s Mohamed Mimoune (22-4, 3 KOs) by unanimous decision in a 10-rounder at The Cosmopolitan in Las Vegas.

The former WBC 140-pound champion still isn’t concerned about ring rust impacting his performance as his 12-round shot at Ramirez nears. 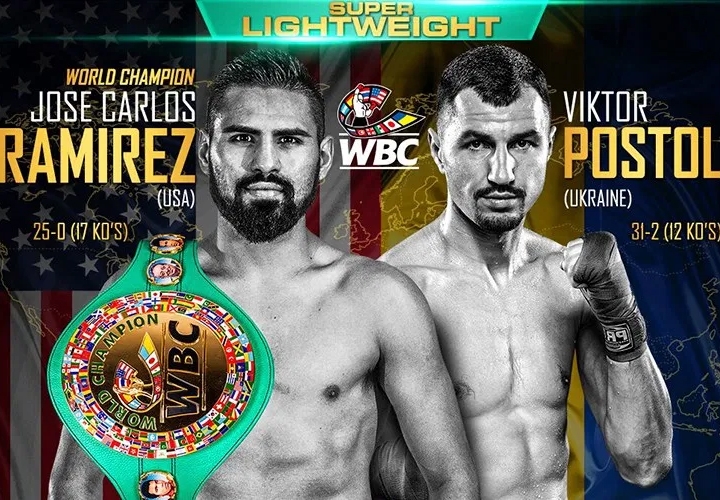 Postol previously spent nearly 14 months out of the ring following his first defeat to Terence Crawford in July 2016. The 28-year-old Ramirez has endured a 13-month layoff as well.

“You know, it’s not new to be me because I had two or three big breaks like that before,” Postol said throughout a translator during a press conference Thursday. “So, I’m used to it. Talking about Jose, I’m not sure how it’s gonna affect him. But we will see.”

Ramirez last boxed in July 2019, when he stopped previously unbeaten Maurice Hooker (27-1-3, 18 KOs) in the sixth round of their title unification fight at College Park Center in Arlington, Texas. Thanks to all the preparing he, too, has done to oppose Postol, Ramirez doesn’t expect his long layoff to adversely affect him, either.

“No, I don’t think so, man,” Ramirez said. “I’ve probably done over a hundred rounds of sparring this year. So, you know, it just felt like I never left the gym – 2020 just went by so quick, you know?”

If they continue to pass COVID-19 tests, Ramirez and Postol will meet almost seven months from the date their fight was first scheduled to take place.

They were supposed to box February 1 at Mission Hills Resort Haikou in Haikou, China, but it was postponed January 23, at the onset of the pandemic. Their fight was rescheduled for May 9 at Save Mart Center in Fresno, California, but it was delayed for another 3½ months due to the coronavirus crisis.