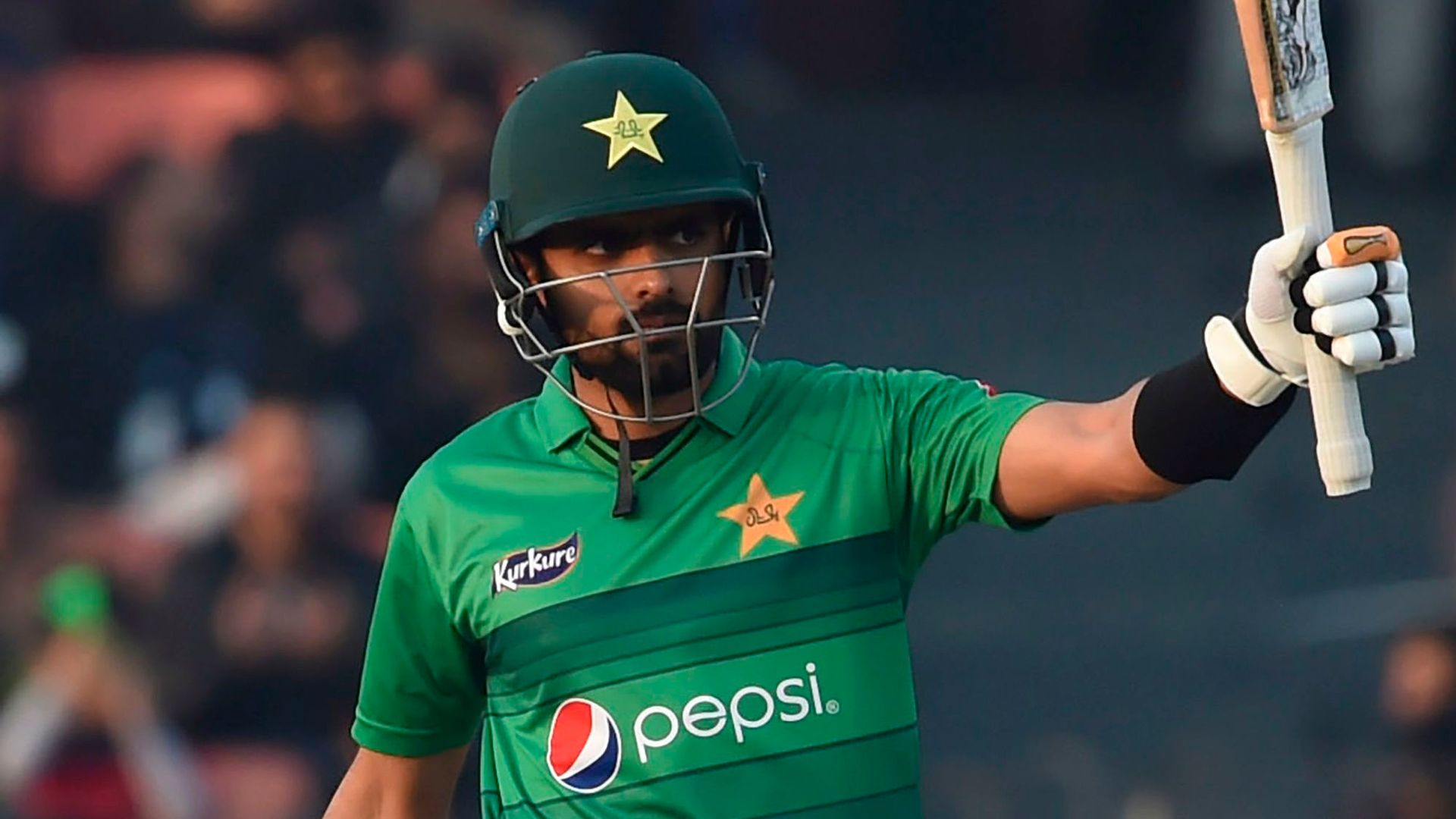 Hot-on-the-heels of the recent Test series, England and Pakistan square up again on Friday as the white-ball series between the two sides gets underway.

The teams have not contested a three-match Twenty20 series since 2015/16 but we are sure it is going to be worth the wait as the countries, ranked second and fourth in the world respectively, collide three times in the space of five days in the shortest format before contesting three ODIs.

Ahead of the series opener, Tanzil Khawaja shines a light on some of the tourists’ talented array of players…

Azam was given the T20 captaincy late last year just before Pakistan’s tour to Australia and despite losing the series, he finished as the team’s highest run scorer with 115 runs at an average of 57.50.

Earlier in the year, Azam enjoyed his time with Somerset in the 2019 T20 Blast hitting four half-centuries and one century on his way to finishing the highest run-scorer with 578 runs at an average of 52.54.

Ranked the number one T20 batsman in the world, with an average of 50, Pakistan fans will be eager to see how he sets about stamping his authority on the team and if he can continue his fine form.

After sending down his first delivery at 92mph in the trials, Rauf was swiftly snapped up by the Lahore Qalandars for their development squad in 2017. Fast forward to December 2019 and he was selected as a replacement for Dale Steyn for the Melbourne Stars in the BBL, and that is where he really made a mark.

In only his second game, Rauf took a five-wicket haul against the Hobart Hurricanes and a few weeks later against the Sydney Thunder became the first Pakistani and first Stars bowler to take a hat-trick in the BBL. He finished the tournament with 20 wickets at an average of 13.35 and a strike rate of 11.3 – the best average and second-best strike rate in the tournament (minimum 10 overs bowled).

Not only will England have to deal with his pace, but his accuracy may also pose a tough challenge. According to CricViz data, in the BBL, Haris Rauf bowled 61 per cent of his deliveries above 88 mph with his fastest ball clocked at 93.68 mph. A total of 21 per cent of his deliveries were projected to hit the stumps – joint top with Peter Siddle – and of those 50 deliveries his figures were 9-43, indicating when Rauf is on target he is a tough competitior.

All eyes will be on Pakistan’s hottest batting prospect as the 19-year-old will be eager to make his international T20 debut.

Scoring at an average just under 30 with a strike rate of 158 in this year’s Pakistan Super League*, his show of brutal hitting mixed with some lush drives have led Ian Bishop to back him as a future star for Pakistan.

One indication that Ali is in the PCB’s long term plans is the fact he was handed a central contract in the newly created ’emerging’ category and will be hoping to justify the PCB’s faith in him with some worthy performances.

Some firepower has been lacking in Pakistan’s T20 squad for a while now and Ali may just be the player to add that missing spark.

This year’s PSL proved a breakthrough tournament for Shadab Khan with the bat. Appointed captain of Islamabad United and promoted up the order, he finished** the PSL with 263 runs, which was the second-highest number of runs out of Pakistani batsmen behind only Babar. He ended the tournament with a strike-rate a touch under 160 and was joint-top with most fifties in the tournament (three).

Though known more for his bowling since his debut and despite being Islamabad United’s leading wicket taker with eight wickets this year, Pakistan may bank on Shadab to provide some impetus to their middle-order. An indication of his recent shift is how he was used in the first Test against England, when he was picked in the team to provide some batting stability whilst his bowling was more of an afterthought.

There is debate amongst fans as to where he should bat if picked; some believe four should be his spot while others argue six would be perfect for some late lower-order hitting. This could very well become a coming-of-age series for Shadab Khan the batsman.

England have just had a taste of Naseem’s pace in the recently concluded Test series and if he makes his international T20 debut, CricViz data suggests England should be ready for more relentless speed. Shah bowled 80 per cent of his deliveries (105 balls) over 140 kph (87mph) in this year’s PSL – comfortably beating Muhammad Musa (68 per cent).

Shah’s international career is only just beginning, however, the frequency of injuries this early on is worrying. In 2019 he was forced to miss out on the PSL due to a back injury; then he missed the second Test against Australia as a precaution due to a persistent niggle in his knee. More recently, he sat out for a week in this year’s PSL due to an ankle strain, so the PCB has to ensure his workload is well-managed.

*Yet to be concluded – play offs postponed due to coronavirus

** Islamabad United did not make the play offs