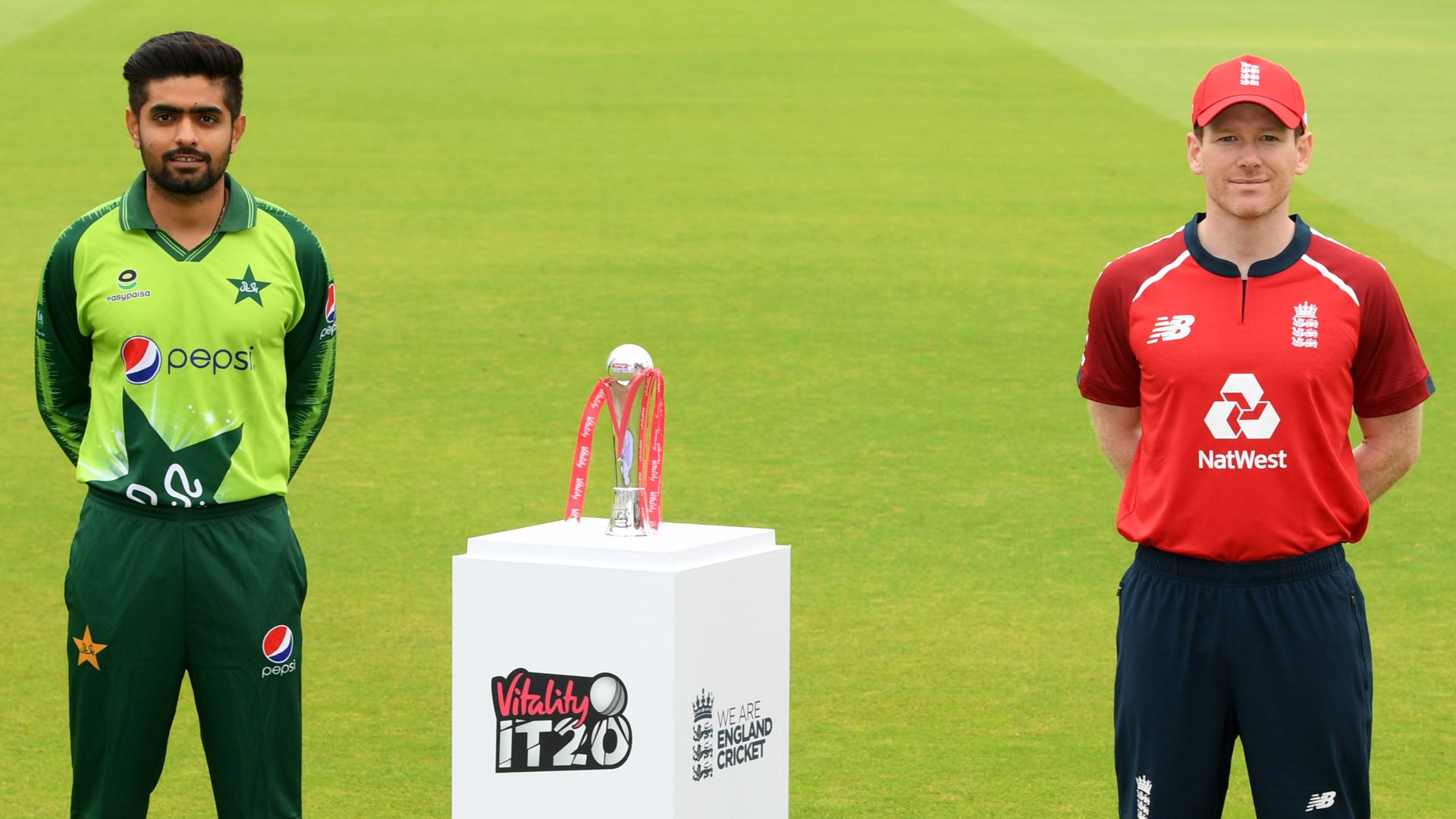 England captain Eoin Morgan has urged his players to seize their chance against “dangerous” Pakistan in the upcoming three-match Vitality T20 series ahead of next year’s World Cup.

Batsmen Tom Banton and Dawid Malan are among those looking to stake a claim for a long-term run in the side given the absence of the likes of Jos Buttler and Ben Stokes, as well as bowlers Jofra Archer and Mark Wood, following the Test series win over the tourists.

Speaking ahead of Friday’s first T20, which is live from 5.30pm on Sky Sports Cricket, Morgan said: “It gives guys the chance to stake their claim to be in that final 15-man squad for the World Cup next year.

“Given the circumstances surrounding COVID and the restrictions we have selection-wise, this is an opportunity for guys who would potentially sit outside that 15 to try and present their best case for the upcoming winter tours and the World Cup.

“Opportunities like this don’t come around all that often when we have our squad at full strength.”

He added: “The messaging from myself and the coach throughout the majority of series that we play is ‘feel as comfortable in an England shirt as you do in a county shirt and feel free enough to play the expansive game that you would at your county within international cricket’.

“Our job is to get the best out of the guys who are in our squad so in order to achieve that, guys need to feel comfortable and free enough to take risks that international T20 cricket demands.”

Such dynamism was at the heart of the 50-over side’s successful tilt at World Cup glory in 2019 – a tournament in which each of England’s players had clearly defined roles.

But given the congested nature of the international calendar in the wake of the COVID-19 pandemic – in response to which England named separate red and white-ball squads – Morgan accepts that he may not lead a full-strength T20 out on many occasions before next year’s T20 World Cup in India.

“One of the challenges between now and the World Cup is going to be getting our strongest team on the park as often as we can to define (their) roles,” he explained. “We will only know our strongest positions after we have guys achieving in those roles.

“It was a good exercise last winter at different stages, particularly in South Africa, when we had the majority of people available, only Jofra was injured, so that was really good.

“I don’t think we can have a scenario where we can play the majority of our games with a half-strength team and then expect to go into a World Cup as contenders when guys don’t know their roles or haven’t been familiarised with them.”

England have not played T20 cricket since February, when they earned a 2-1 away series win over South Africa, and Morgan accepts that the tourists – who in skipper Babar Azam possess the top-ranked T20 batsman in the world – will pose a strong challenge.

“Pakistan are a very dangerous T20 team,” Morgan reflected. “If anyone watched the PSL this year, the strength and depth in Pakistan cricket is surprising in a way because – I haven’t played in it for a couple of years now – you forget the depth that they have across their domestic cricket.

“So it’s no surprise that they are producing excellent cricketers at the top level. For us they are always a difficult side to play against because they have all bases covered.

“Babar is a fantastic player. I played with him at Karachi Kings a couple of years ago. He’s a guy who is very early in his cricketing career but has achieved quite a lot doing the simple things really well.”