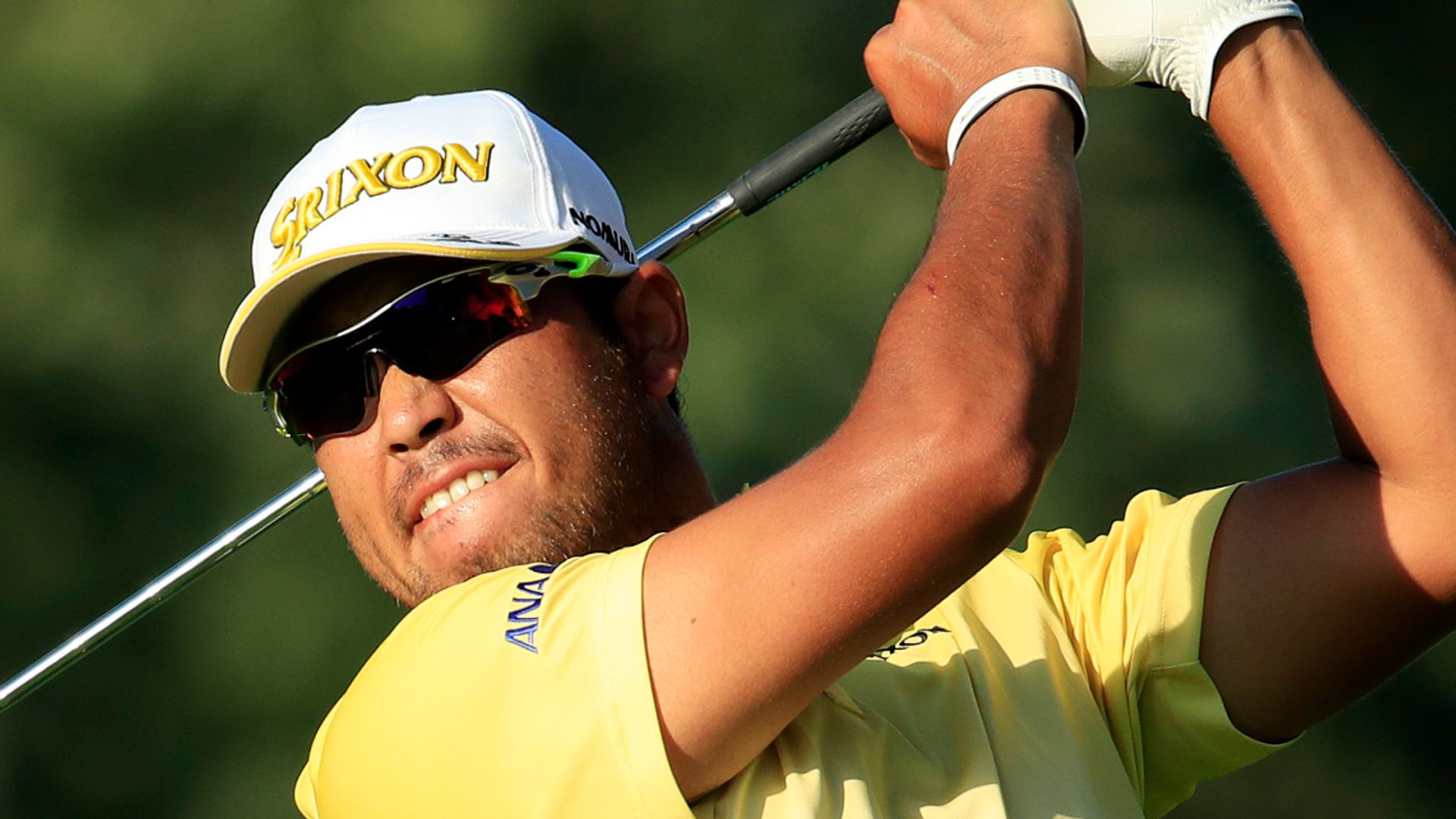 Hideki Matsuyama holds a one-shot lead after a tough-scoring opening round at the BMW Championship.

Matsuyama birdied two of his last three holes to post a three-under 67 at Olympia Fields and edge ahead of clubhouse leader Tyler Duncan, on a day where only three players finished under par in US Open-style conditions.

The Japanese player had reached the turn over par but followed back-to-back birdies from the first by holing putts from 20 feet at the seventh and 65 feet at the ninth – his final hole – to move top of the leaderboard.

“I made some mistakes early but I was able to come back and play good golf towards the end, so it was a good day,” Matsuyama said. “There’s some water holes that you’ve got to avoid, but all in all, I played good and was able to stay out of trouble.”

Mackenzie Hughes completes the trio in red figures and sits in third spot on one under, while reigning FedExCup champion Rory McIlroy – without a top-10 since the PGA Tour’s restart in June – is one of ten players sharing fourth place after an opening-round 70.

McIlroy mixed four birdies with as many bogeys and would have been closer to the lead had it not been for three missed putts from inside four feet during his round, with Matt Fitzpatrick and Tony Finau among the other golfers two off the pace.

“I think the harder it is, the more you have to focus,” McIlroy said. “My concentration today was much better because it needed to be. I was happy with how I played out there.”

World No 1 Dustin Johnson – who claimed an 11-shot win at The Northern Trust last week – posted a one-over 71 to stay within four of the lead, with Viktor Hovland also on that total after closing out his round with back-to-back bogeys.

A final-hole double-bogey dropped Bryson DeChambeau back to three over alongside Justin Thomas, who bogeyed four of his last six holes, and Tiger Woods, who also produced a three-bogey finish.

Beginning on the back nine, Woods failed to take advantage of a 10-foot birdie try at the tenth and bogeyed the next after a poor chip from the back of the green, before cancelling out a 30-foot gain at the 14th with a three-putt blemish at the par-three 16th.

Woods moved under par after rolling in from seven feet at the second but ended a run of pars by failing to get up and down from the sand at the seventh, with a three-putt bogey at the eighth and another dropped shot at the ninth leaving him six off the pace.

Watch the BMW Championship throughout the week live on Sky Sports. Live coverage continues on Friday with Featured Groups from 6pm on Sky Sports Golf.