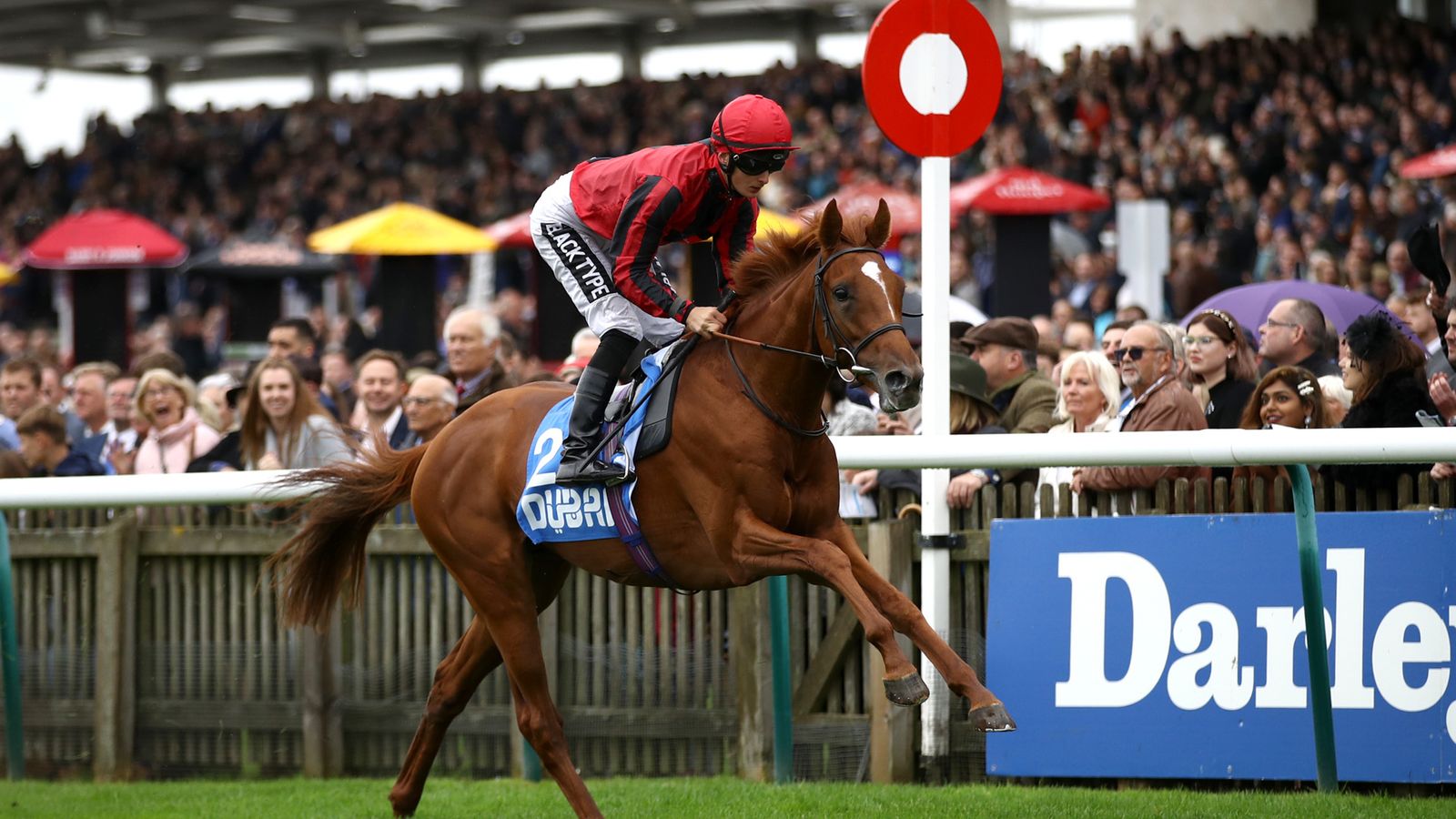 Ralph Beckett will only run Max Vega in the Pertemps St Leger at Doncaster provided conditions are suitable.

Having finished down the field in the Derby on his penultimate start, last year’s Zetland Stakes winner returned close to his best when finding only Hukum too strong in the Geoffrey Freer Stakes on his most recent outing at Newbury.

While Beckett – who won the St Leger with Simple Verse in 2015 – is keen to let Max Vega have a second shot at Classic glory, his chances of appearing on Town Moor will depend on how much rain falls in the build up to the race.

Beckett said: “Max Vega will go to Doncaster, but the ground has to be soft and that is the short of it.

“If it comes up soft at Doncaster he will be OK and we know that the trip will be fine.

“He will have entries elsewhere in places like France and we will pick the one where the ground is most suitable.”

Although pleased with Max Vega’s latest performance, Beckett believes he could have finished even closer, had Harry Bentley not lost his whip during the closing stages of the Group Three contest.

He added: “It was a great effort and I was delighted with him.

“The only good thing about that is it means he didn’t have as hard a race.”

Beckett will consider Group One options in Ireland and France for Manuela De Vega, who saw her unbeaten run this season ended with defeat on her return to Group One level in last week’s Yorkshire Oaks.

He said: “We were hoping for more rain at York, but it came a bit later than we hoped for. She ran well, but not as well as we know she is capable of.

“I’ve entered her in the Vermeille at ParisLongchamp and the Irish St Leger is a possibility as well. Whichever looked like having the slowest ground is where we will go.”

Looking further down the line Beckett expects Manuela De Vega to make an appearance on Qipco British Champions Day at Ascot in October.

He said: “The champion fillies and mares stakes at Ascot is the obvious race for her later on, as although they don’t always get the soft ground they usually do.

“She has had a great season winning both the Pinnacle Stakes and Lancashire Oaks at Haydock and I’ve been delighted with her.

“There is plenty for her to swing at over the next two months.”

Beckett expects to have Antonia De Vega, who has not been sighted since winning a Listed race at Pontefract on her return in June, back on track next month.

He said: “She was supposed to run in the Princess of Wales’s Stakes at Newmarket, but she has had a problem with a splint which just held us back.

“She is back in training again now and she should be back next month. She is entered in plenty of races and we will see what fits best.”

Recent York scorer Lucander will bid to give Beckett a first victory in next month’s bet365 Cambridgeshire at Newmarket.

He said: “I’ve never won the Cambridgeshire, but Lucander strikes me as the ideal sort for it.

“He went to York last week as he showed his liking for the place as a two-year-old. I thought he beat a decent field of handicappers

“Big fields clearly suit him and I have my sights set on the Cambridgeshire if he gets in.”

Kinross will attempt to open his account for the campaign in the Group Three Betfair Superior Mile Stakes at Haydock on Saturday week.

After finishing sixth in the 2000 Guineas on his return to son of Kingman was last seen finishing down the field in the Prix Jean Prat at Deauville.

Beckett said: “The plan is to take Kinross to Haydock for the Group Three next weekend.

“I was pleased with his effort in the Prix Jean Prat, but I am just keen to drop him down a level. There is probably still a good race in him.”