Erislandy Lara has found plenty of ways to preserve his 37-year old body without the need for lengthy gaps between fights.

Such occurrences, unfortunately, are well beyond his control.

Exactly 52 weeks will have passed by when Lara steps into the ring this weekend. The Cuban southpaw headlines the August 29 edition of Premier Boxing Champions (PBC) on Fox, as he faces Wakefield, Massachusetts’ Greg Vendetti (22-3-1, 12KOs) in the main event live from Microsoft Theater in Los Angeles.

“This pandemic has been very stressful for all fighters because we have to make a living,” Lara (26-3-3, 15KOs) told BoxingScene.com about the frustration of so much time passing between fights. “The only way we can do this is if we fight.  So, I’m very happy to be returning to the ring.” 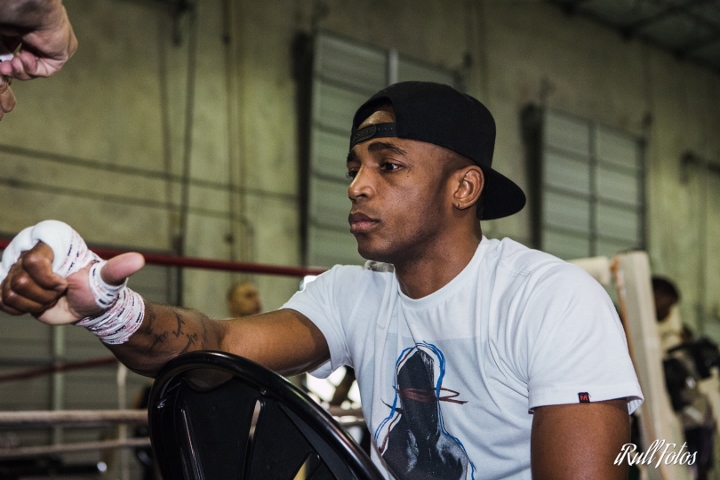 The fight takes place in a world that is far different than was the case for his last ring appearance, when he stopped Ramon Alvarez in two rounds on this very platform last August in Minneapolis, Minnesota. His time spent out of the ring since then has come watching his divisional peers walk sideways, and with his next opportunity coming without the benefit of fans in attendance.

Such is the new way of life for all boxers these days, as long as the coronavirus pandemic continues to make it unsafe for anything more than small gatherings to take place. The frustrating part for Lara—a former 154-pound titlist who currently holds a secondary version of the divisional crown—comes in his eagerness to have fought prior to the start of the ongoing global health crisis, only for radio silence to come back his way.

All told, it leaves him with a career-longest layoff, exceeding the 11 months he was forced to go between a hard-fought 12-round loss to Jarrett Hurd in their Fight of the Year-level war of a title unification bout in April 2017 and his split draw with unbeaten Brian Castaño last March.

The win over Alvarez put Lara back in the win column for the first time since a 12-round win over Terrell Gausha in October 2017, along with also allowing him to return to the title stage.

Returning to the ring, however, proved to be the hardest part.

“When I step in the ring on August 29th it will have a year since I fought so I’m very eager to get in there and let my hands go,” insists Lara. “Following all the COVID-19 guidelines is something we all want to go away as soon as it dies down. I just want to fight on a regular basis.”