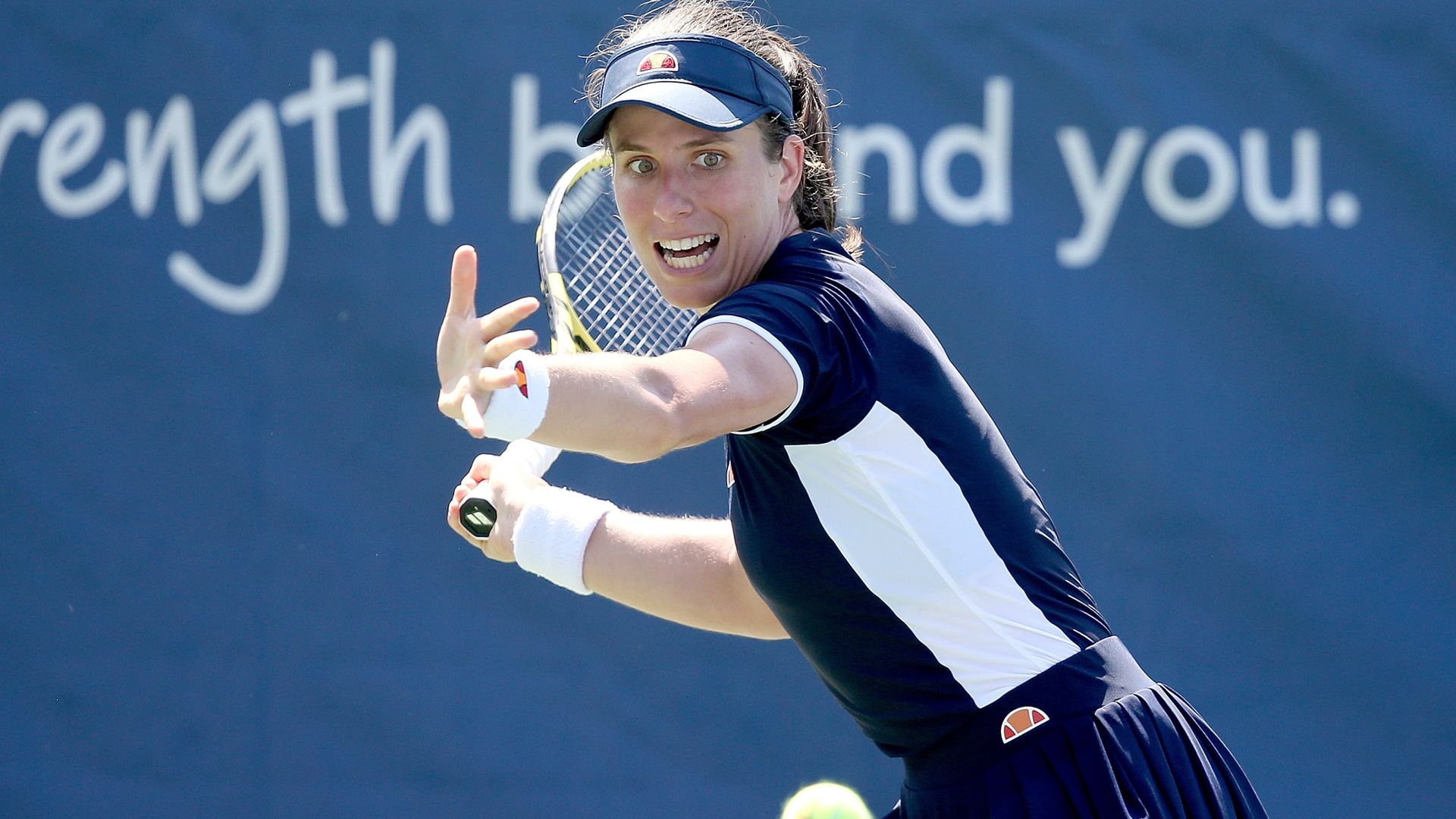 Johanna Konta is through to the semi-finals of the Western & Southern
Open in New York after defeating Maria Sakkari in straight sets.

Sakkari had beaten Serena Williams in the round of 16 but Konta had her measure a day later, the eighth seed beating the Greek 13th seed in a solid performance in blustery conditions, 6-4 6-3.

Konta will play former world No 1 Victoria Azarenka of Belarus for a place in the final of the tournament, the last lead-up to the US Open which begins on Monday.

Should she make the final as the rankings suggest, Konta will face 14th-seed Elise Mertens, after Naomi Osaka withdrew from the tournament in protest at racial injustice.

Osaka had progressed to the last four with a victory over the gallant Anett Kontaveit, beating the 20th-ranked Estonian 4-6 6-2 7-5.

Konta was delighted to overcome Sakkari and make her second semi of the year, having made the last four at Monterrey, Mexico, in March – before tennis was suspended due to the pandemic.

“I’m always happy with every win I’m able to get but it was really tricky conditions out here,” she told WTA media.

“The ball was moving, it was quite blustery, and Maria hits a tricky ball. She has quiet a a lot of variety in the way she hits the ball off both sides, so it was a lot of adapting on my behalf.

“I was just really pleased I was able to adapt well and stay tough when I needed to.

“Every day I just come on court to do the best I can. So far it’s been coming my way. Hopefully long may it continue.”

Konta has met Azarenka three times, winning two of their matches, the latest a comfortable 6-3 6-1 win in Montreal in 2018.

“We’ve had some great matches against each other. She’s obviously playing very well as well. She’s an incredible competitor,” Konta said.

“I’m looking forward to playing against another really great competitor out there. That will really challenge me to try to bring out the best level that I can.”