Jeff Horn’s head trainer, Glenn Rushton, has lashed out at critics who believe that he was placing his fighting in a potentially dangerous situation by pondering the possibility of letting him come out and fight for the ninth round.

Horn had been dropped twice and taken a beating at the hands of undefeated junior welterweight Tim Tszyu, during their showdown on Wednesday in Townsville. 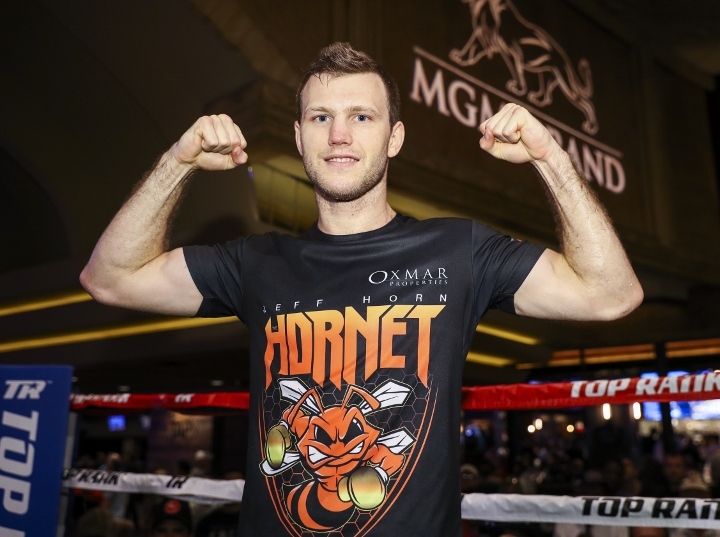 When Horn came back to the corner at the end of the eight round, he could barely speak as his cornermen asked questions.

But Rushton wasn’t looking to stop the fight, he kept asking the boxer if “had a punch” left in him or not.

Eventually the referee and the other cornermen were all in agreement that Horn was done.

Rushton did not believe his fighter had a taken a beating at that point.

“I don’t sleep well when these things happen, you care an awful lot about the fighter. Just to clear up how the fight ended, the referee did actually stop the fight. Was Jeff getting badly hurt? No. But the pop wasn’t there, we could just see that the fire was gone,” Rushton said.

“We said to him at the end of the eighth round, ‘Jeff, do you want to go on?’. He shrugged his shoulders. Steven [Edwards], the other cornerman, said ‘I think he’s answered the question’. Phil Austin came over and said ‘you’ve had enough’.

“The same thing happened in the Pacquiao fight and we didn’t [stop it]. I didn’t argue this time because the fire was gone. Would you encourage a champion to perform well, or would you let him chuck in the towel? Was Jeff badly hurt? No. Was he excessively fatigued? No. What reason was there for stopping the fight other than he was losing the fight. People expect you to deliver the best performance you can. Jeff Horn had a puncher’s chance of ending the fight, he’s done it before. But the hunger wasn’t there.”