Promoter Eddie Hearn has questioned whether WBC heavyweight champion Tyson Fury will still have the same hunger to succeed against Deontay Wilder, but has told William Hill that he is backing the Gypsy King to come out on top when the duo meet in their trilogy fight later this year.

“I think Fury has got to be a huge favourite, he’s beaten him twice already really,” Hearn told William Hill. “But Wilder is dangerous. And you never know a fighter’s mindset when they go from achieving what Tyson has achieved with a load of money in the bank.

“How much does that hunger [in Fury] still exist? You can bet your life the hunger will be there for Deontay Wilder. But Tyson Fury is a big favourite in that fight. He’s really schooled him twice, and I expect him to do so a third time.” 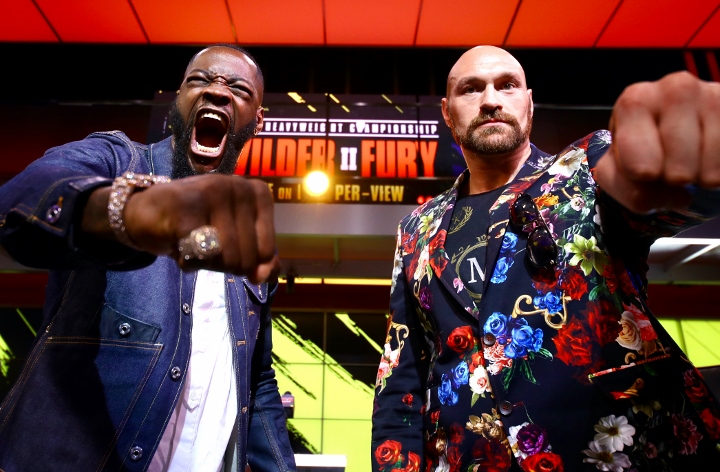 Meanwhile, Dillian Whyte, who missed out on a chance to face the winner of Fury and Wilder after losing to Alexander Povetkin on Saturday, is expecting the Gypsy King to make light work of the Bronze Bomber.

“I think Fury is going to win again,” Whyte told William Hill. “He’s beaten him twice already and I think he’s going to win again. I think it will be easier this time around. Obviously, he out-boxed him last time and he knocked him out this time, so what is Wilder going to bring?

“He can’t say ‘my punch power, my punch power’ anymore, no. He’s been dominated. [Fury] took your punch away from you, put you on the back foot and stopped you.

“And then [Fury’s] also out-boxed him in the first fight when he was rusty, so what’s [Wilder] going to do? He’s not all of a sudden going to become a great mid-range counter-puncher that you haven’t done for 40-something fights.”