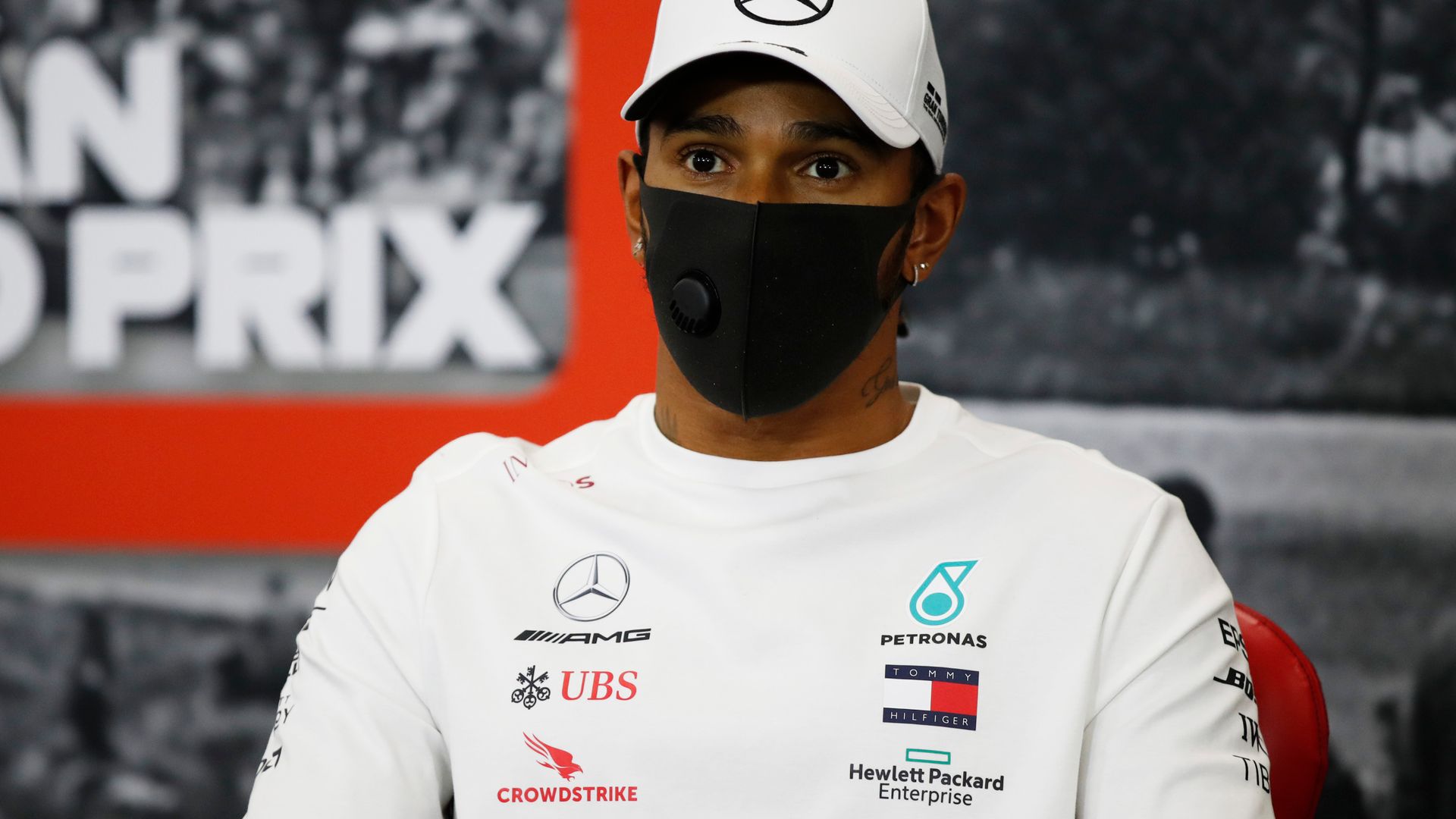 “Ultimately it’s disgusting that minorities and people out there have to protest to get justice. And even when they do, justice is still not given,” says F1’s world champion; Hamilton says he will not boycott Sunday’s Belgian GP but stands united with athletes in the USA

Lewis Hamilton has spoken passionately over feeling “inspired and proud” about the shows of solidarity from athletes in the United States against the police shooting of Jacob Blake in Wisconsin last week.

The F1 champion said that while he will not boycott Sunday’s Formula 1 Grand Prix in Belgium, he takes a “lot of inspiration” from the unprecedented player-led protests in American sports and that “I feel fully aligned with them” in the fight for social justice.

Three NBA play-off games, two Major League Baseball matches, three WNBA fixtures and five Major League Soccer games were postponed on Wednesday after player-led actions in response to the shooting of African-American Blake and the civil unrest that has followed.

On Instagram on Thursday, Hamilton posted a message in support of tennis player Naomi Osaka, who withdrew from a WTA semi-final in New York, and wrote that “I’m so proud of you”, as he shared the post in which she explained her decision.

Hamilton has been a leading voice in the Black Lives Matter movement in recent months, calling for greater diversity and opportunity both in motorsport and society at large.

“Ultimately it’s disgusting that minorities and people out there have to protest to get justice. And even when they do, justice is still not given,” he told Sky Sports when asked about the events in the USA.

“It’s such a mess over there but I’m really so inspired and proud of the other athletes out there that are utilising the platform they have, using their voice. We already started seeing it with Colin Kaepernick a long time ago – it’s like four years ago now – who lost his job for standing for what was right.

“There needs to be change and it’s going to take all of these great athletes and people coming together to really push and force for change, because it needs to be forced, because at the moment you’ve got the president sitting there not doing anything and you see Martin Luther King obviously was fighting for the same issues 60 years ago and gave his life up, and we’re still fighting it today.

“I just take a lot of inspiration from it and I feel fully aligned with them. My heart and thoughts and prayers go out to those continuously on a daily basis are losing their lives through racism.”

Hamilton will race at Belgian GP

Speaking in the earlier drivers’ press conference at Spa, Hamilton said he would not be boycotting this weekend’s F1 event.

But F1’s six-time champion stressed he would continue speaking to the sport’s officials about what more they can do to highlight the fight against racism. The sport is again expected to stage a formal ceremony ahead of Sunday’s race at Spa as part of its ongoing anti-racism messaging.

“It’s a shame that’s what’s needed over there to get a reaction. But that is in America and I don’t know if really me doing anything here will particularly have any effect,” said the Mercedes driver.

“We’re in Belgium, we’re not in the United States. I haven’t spoken to anyone about it but I am really proud with so many out there and I do stand unified with them.

“Trying to do what I can over here, I don’t really know how us not doing the race, it will still go on, is a thing. But I will try to speak to Formula 1 to see what else we can do to continue to raise awareness. Naturally as a sport, I think we all need to be aligned, supportive of each other, even though it’s a different sport.”