Super bantamweight prospect Damien Vazquez (15-1-1) plans on putting on the performance of his life on September 26th when he takes on WBA super bantamweight champion Brandon Figueroa at the Mohegan Sun in Connecticut. 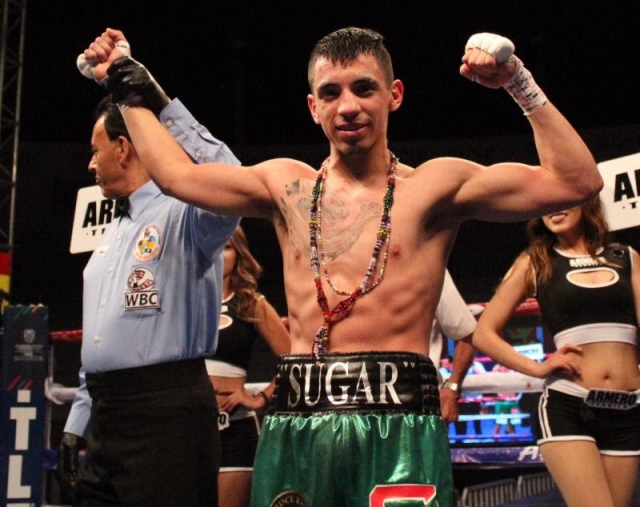 In addition to the co-main events, there will be 4 other fights on the pay-per-view broadcast. Vazquez is very confident that his bout will be the one that is the most memorable for the fans.

Vazquez has a lot of respect for Figueroa who is known as an action fighter. He believes that his new style combined with the high punch volume of Figueroa is guaranteed to produce an entertaining fight.

“Everyone needs to tune in. I am going to make sure we steal the show. It is a phone booth fight so I predict a knockout to be honest. I am going to f—ing hit him with everything I got which includes the kitchen sink. This is a whole new mindset for me and I am ready to go to war,” Vazquez told BoxingScene.com.

The Charlo brothers are both matched against top class opponents but Vazquez believes that they are a level above their rivals.

“To me both Charlo twins are tough. They also are known to put on good shows. I know they have tough fights but I expect them both to come out with a win,” said Vazquez.