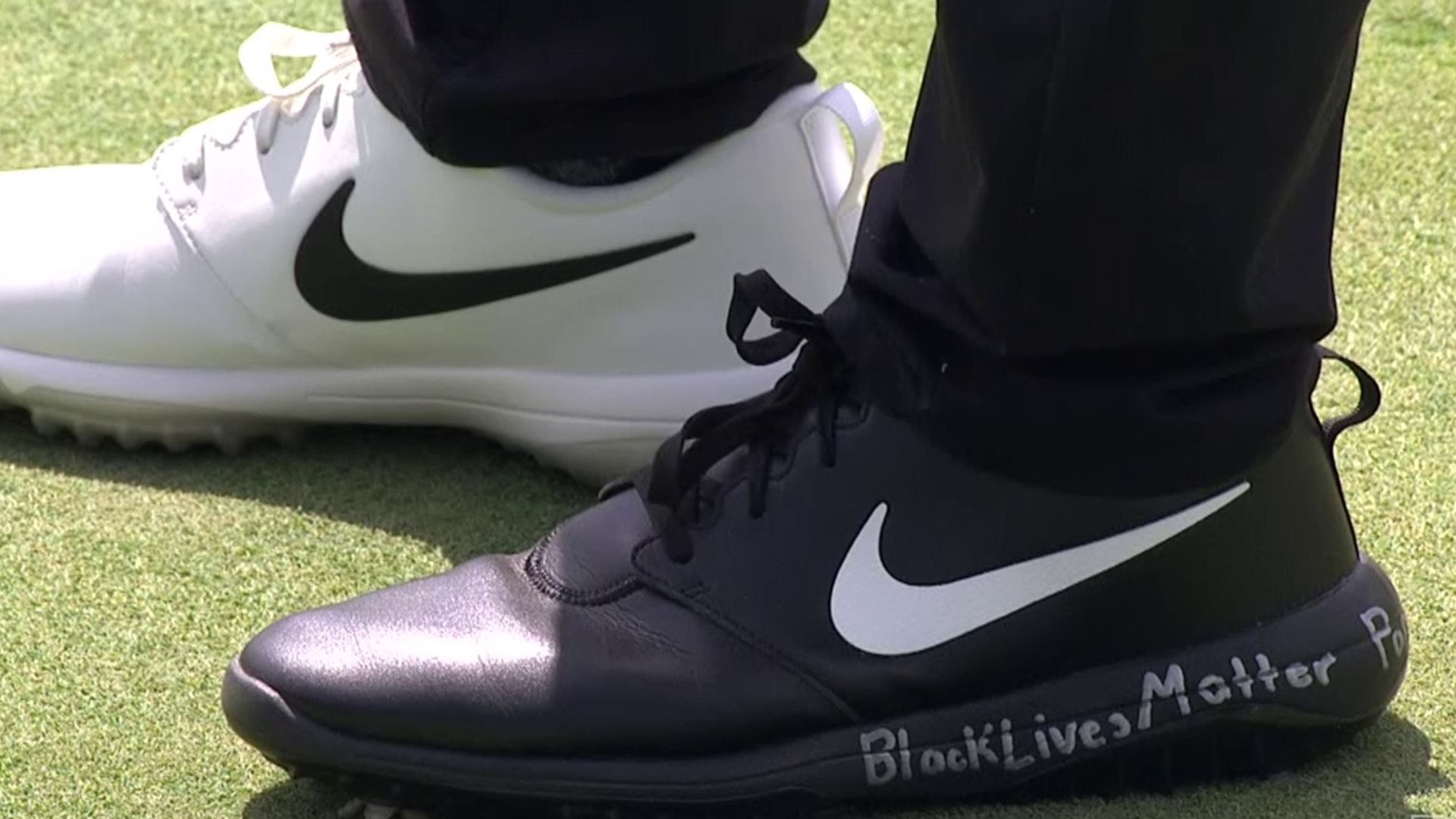 Champ: “It’s a situation where people don’t want to talk about it, which I get, but at the same time it’s reality. It’s what we live in. People ignore it for so long and then it gets to a point where it just blows up”

Cameron Champ is making a statement against racial injustice at the BMW Championship, following the police shooting of Jacob Blake in Wisconsin last week.

The two-time PGA Tour winner wore a black shoe on the left foot and a white shoe on the right during the opening round of the penultimate event of the season, with Black Lives Matter – hand-written onto the black shoe in white ink.

The shooting in Kenosha, Wisconsin took place less than 100 miles from Olympia Fields Country Club – this week’s venue – and has resulted in days of protests and boycotted matches across a number of major US sports leagues, with Champ also having Blake’s surname on his shoe during Wednesday’s practice round.

“It’s just spreading awareness and sticking by what I believe in and what I believe needs to be changed,” Champ said. “I’m going to do as much as I can. I’ve seen a bunch of other athletes speak out about it.

“It’s a situation where people don’t want to talk about it, which I get, but at the same time it’s reality. It’s what we live in. People ignore it for so long and then it gets to a point where it just blows up.

“This is just the tipping of the iceberg. Change needs to happen. I feel like it’s going in the right direction, but again, with all the stuff that’s going on, it has to end.”

The PGA Tour released a statement on Thursday supporting the player-led protests in other sports and backing any golfer to make their own stand against “injustice that remains prevalent”.

The statement said: “The MLB, MLS, NBA, WNBA and WTA protests are player-led, peaceful, powerful ways to use their respective platforms to bring about the urgent need for change in our country.

“There have been a number of efforts in the past to send a message that the current climate is unacceptable, and these teams, leagues and players now taking this step will help draw further attention to the issues that really matter. The PGA Tour supports them – and any of our own members – standing up for issues they believe in.

“The PGA Tour made a pledge over the summer to be part of the solution, and we have been actively working to make deeper and more specific commitments to racial equity and inclusion in the communities where we play, as well as supporting national organizations within this movement that we had not previously engaged with.

“However, we understand that now is not the appropriate time to highlight our programs and policies, but rather to express our outrage at the injustice that remains prevalent in our country. Sports have always had the power to inspire and unify, and we remain hopeful that together, we will achieve change.”