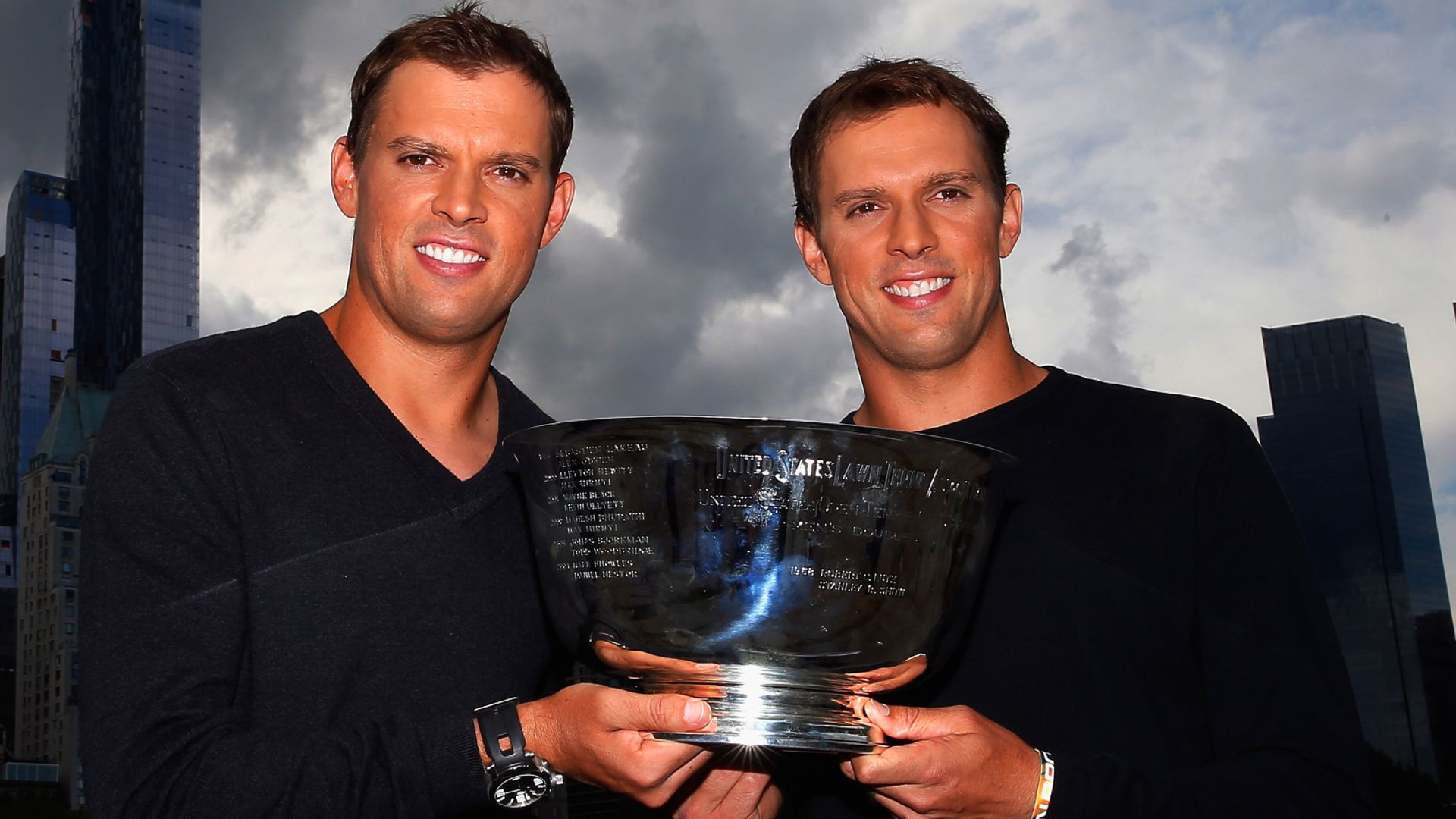 Bob and Mike Bryan claimed their 1,100th team match win at the Western & Southern Open in Cincinnati last year, and in what proved to be their last tournament – captured a sixth crown at the Delray Beach Open in February

Bob and Mike Bryan, the most successful men’s doubles team in the history of tennis, are bringing the curtain down on their 22-year professional careers days ahead of the US Open.

The Californian pair were the top-ranked doubles team in the world for 438 weeks and became the first team to clinch a Career Golden Masters in 2014 with their Shanghai triumph which meant they had won all nine ATP World Tour Masters 1000 tournaments.

They also won Olympic gold at London 2012 and were part of the US Davis Cup-winning team in 2007.

“We feel it’s the right time to walk away,” said Mike. “We’ve given over 20 years to the Tour, and we are now looking forward to the next chapter of our lives.

“We feel blessed to have been able to play the game of doubles for so long. We are grateful to have had the opportunities in the beginning of the year to play and say our goodbyes to the fans.”

The Bryans finish their legendary careers with a 1,108-359 team record overall.

“We’re most proud of the way we devoted ourselves completely to the game,” said Bob. “Our loyalty toward each other never wavered and we are leaving professional tennis with zero regrets.

“We’ll miss the competition and camaraderie amongst the players. We’ll also miss the excitement of gearing up for a big match and playing for the roar of the fans.”

The Bryans will exit on a winning note, having lifted the Delray Beach Open title in February before the season was halted by the COVID-19 pandemic.

ATP Chairman Andrea Gaudenzi said: “The Tour will miss them greatly, and we wish them all the best as they embark on the next chapter of their lives.”