The go-ahead to resume live Boxing in South Africa has finally been given, albeit with severe conditions in place.

As expected, no crowd will be allowed at the venue, with the resultant loss of gate income.

In addition, it is assumed that there will be restrictions on the number of fights and rounds allowed at each tournament.

“Regrettably, many of the fights that we were planning will have to go on the back burner until early next year” explains promoter, Rodney Berman.

One of the casualties is the planned four-man cruiserweight tournament, featuring Akani Phuzi, Lebo Mashitoa, Keaton Gomes and Chris Thompson, which will probably have to wait until next year. 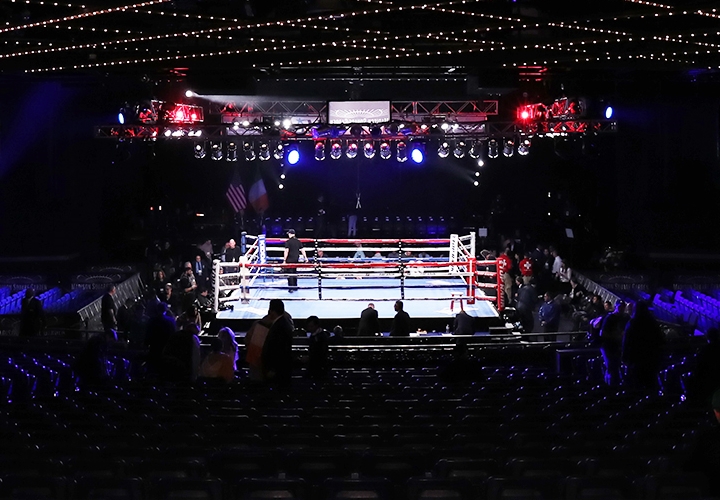 It looks like Boxing will follow a similar protocol to what is currently used in Soccer, necessitating eco-isolation prior to each event.

In addition to other ministerial directives, Golden Gloves will insist that fighters undertake to self-isolate as far as reasonably possible. There will be initial COVID19 tests administered, to be repeated on a weekly basis. Thereafter, all the fighters, their corners and officials must go into an “eco-isolated environment” at least seven days before the start of the tournament. That effectively means that they must all be housed at the same venue. There is also the dilemma of what to do should a fighter test positive and to this end, Golden Gloves plans to have alternate fighters for the biggest bouts included in the “eco-isolation” set up. Should everything go according to plan, with no need for replacements, they will be paid a stand-by fee.

“Additional precautions to be taken are that testing at the pre-fight medicals and the weigh-in will have to happen separately for each fight, half an hour apart. On the night, fighters will wear masks until the last moment, and corners will also wear masks with face shields. Afterwards all the personal protection equipment must be collected by an outside company and incinerated,” Berman explains

Needless to say, these precautions come at an exorbitant cost.

“What really bothers me is that the people that needed these fights the most are the up-and-coming youngsters and there is no way we can even consider doing this. To have eight or ten fights and have all these people all in isolation, the costs are just prohibitive.”

The good news to come out of all this is that the long-awaited final of the 4@War junior middleweight tournament is being scheduled for the 10th of October. Fans will finally be able to watch Boyd Allen and Brandon Thysse go at it again for Allen’s WBA Pan African title. Originally scheduled for 12 rounds, this will now be a 10 rounder. In addition, unbeaten Jabulani Makhense will take on Erik Kapia over 10 rounds for the WBA Pan African welterweight title and Roarke Knapp and Tristan Truter will square off in the 4@War third place bout over eight rounds.

The second tournament is earmarked for the first half of December and will be headlined by the hotly anticipated super middleweight clash between unbeaten Rowan Campbell and veteran warhorse, Ryno Liebenberg, over ten rounds with the IBO All Africa title, as well as the WBA Pan African belt at stake. Unbeaten Ricardo Malajika takes on Sikho Nqothole for the vacant WBA Pan African and IBO All Africa junior bantamweight title over ten rounds in the supporting bout with a third fight to be confirmed. “Perhaps we can do one of the bouts of the cruiserweight tournament,” says Berman.