Heavyweight contender Dillian Whyte is eager to get back in the ring with Alexander Povetkin in the fall.

This past Saturday night at Matchroom’s Fight Camp in Brentwood, Povetkin pulled off a sensational knockout victory when he landed an uppercut that knocked Whyte out cold in the fifth round.

At the time of the knockout, Whyte was way up on the cards after dropping Povetkin twice in the fourth. 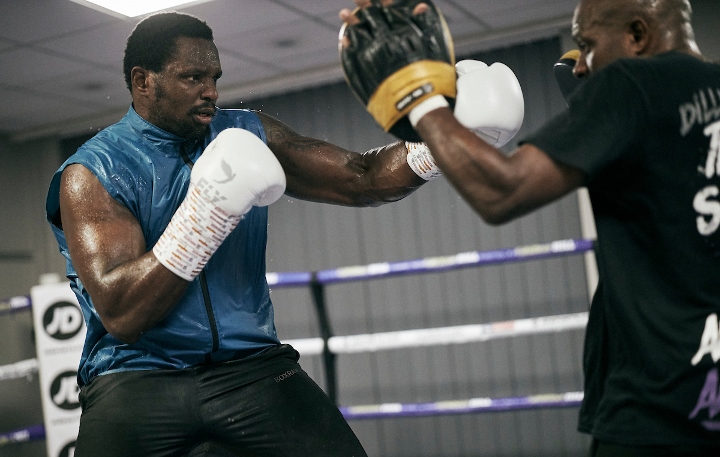 There was an immediate rematch clause, which Whyte is exercising.

Whyte was the mandatory challenger to WBC world champion Tyson Fury. The unexpected loss removes him from that position.

The loss to Povetkin was the first defeat for Whyte since getting knocked out by Anthony Joshua in December of 2015.

“I’ve never been this excited for a fight before in my life. I was excited for the first fight. Now, it’s like turning pro all over again. I’m buzzing. I want to go to training now. I’m forcing myself to take the two weeks’ rest,” Whyte told Sky Sports.

“It’s all good. I learn quick. I just can’t wait to get back in there. I want to go now. I have been hounding Eddie every day to hear what they are saying about this rematch. There’s certain moments in your career that does something to you. The loss to Anthony Joshua done something to me. This time, this has done something else to me again. It’s crazy, I feel young and youthful. I feel good. It’s [Povetkin rematch] probably going to be the end of November, early December, so let’s see.

“People forget, I’m still improving. I never proclaimed to be the complete article. My style of fighting is also different from the traditional boxing style of fighting, because of my background, where I come from, and what happened to me in life. I need to approach it in a way where I take everything on board that has been said, and all the advice I’m getting, and mix it into a way that works for me, into my style. I’m not all of a sudden going to become a Klitschko and fight Povetkin like a Klitschko. I’m not going to become a Joshua, or whatever. I have to do what I do, how I do it, and make adjustments and that’s the key word, adjustments.”