This past Saturday night at Matchroom’s Fight Camp in Brentwood, Whyte was knocked out cold, in the fifth round, by 40-year-old veteran Alexander Povetkin.

There is a rematch clause, which Whyte plans to exercise the option for a second fight targeted for the fall. 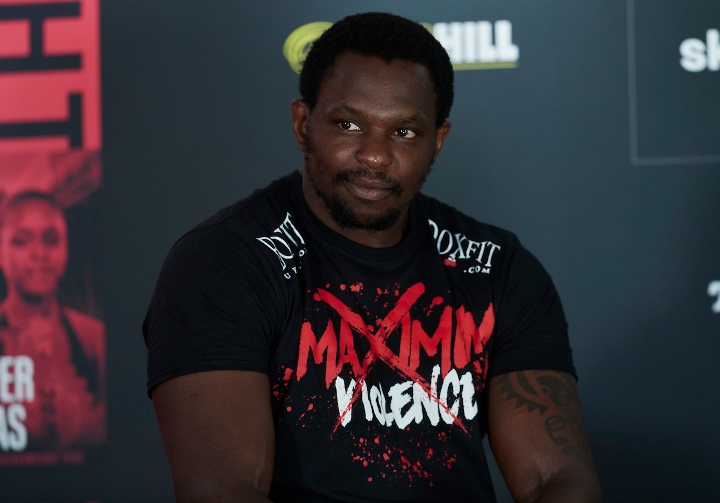 Whyte was the mandatory challenger to Fury’s title and lost that position due to his recent defeat.

Since suffering the loss, Whyte has taken an enormous amount of heat – with countless fans and boxers taking joy in his loss.

Warren believes Whyte deserves to get the heat, because he’s spent years taking a voluminous amount of verbal shots at Fury, Anthony Joshua, Andy Ruiz, Derek Chisora, and others.

“I saw Dave Coldwell’s little speech and it made me chuckle because Dillian has enjoyed having a go at everyone else. He’s always calling Tyson Fury – who went to Wladimir Klitschko and Deontay Wilder’s backyards as a huge underdog – a coward,” Warren told Sun Sport.

“He has made some serious slanderous accusations about Anthony Joshua being a drug cheat, including posting a video of the Verve song ‘The Drugs Don’t Work’ after his loss to Andy Ruiz Jr. He’s talked about Ruiz Jr having his hardest fight against diabetes, when his hardest fight was at short notice against AJ because Dillian didn’t have the bottle to take it himself.

“And he has constantly called Derek Chisora a donkey despite him not kicking off a fuss when he was robbed in their first fight. If these fighters and fans have enjoyed Dillian’s defeat then it is only because he has made a career out of slagging others off. To put it very simply, what goes around, comes around.

“What was that tracksuit thing even all about, didn’t they have bigger things to worry about? Now everyone has to be respectful but they can turn up to the weigh-in dressed up in costumes to try to embarrass the Russian visitors. I didn’t see Povetkin’s lot crying on social media when they were getting stick and laughed at. boxing is a small world and people have short memories so if you are going to give it out, then you better be ready to take it on the chin better than they have.”