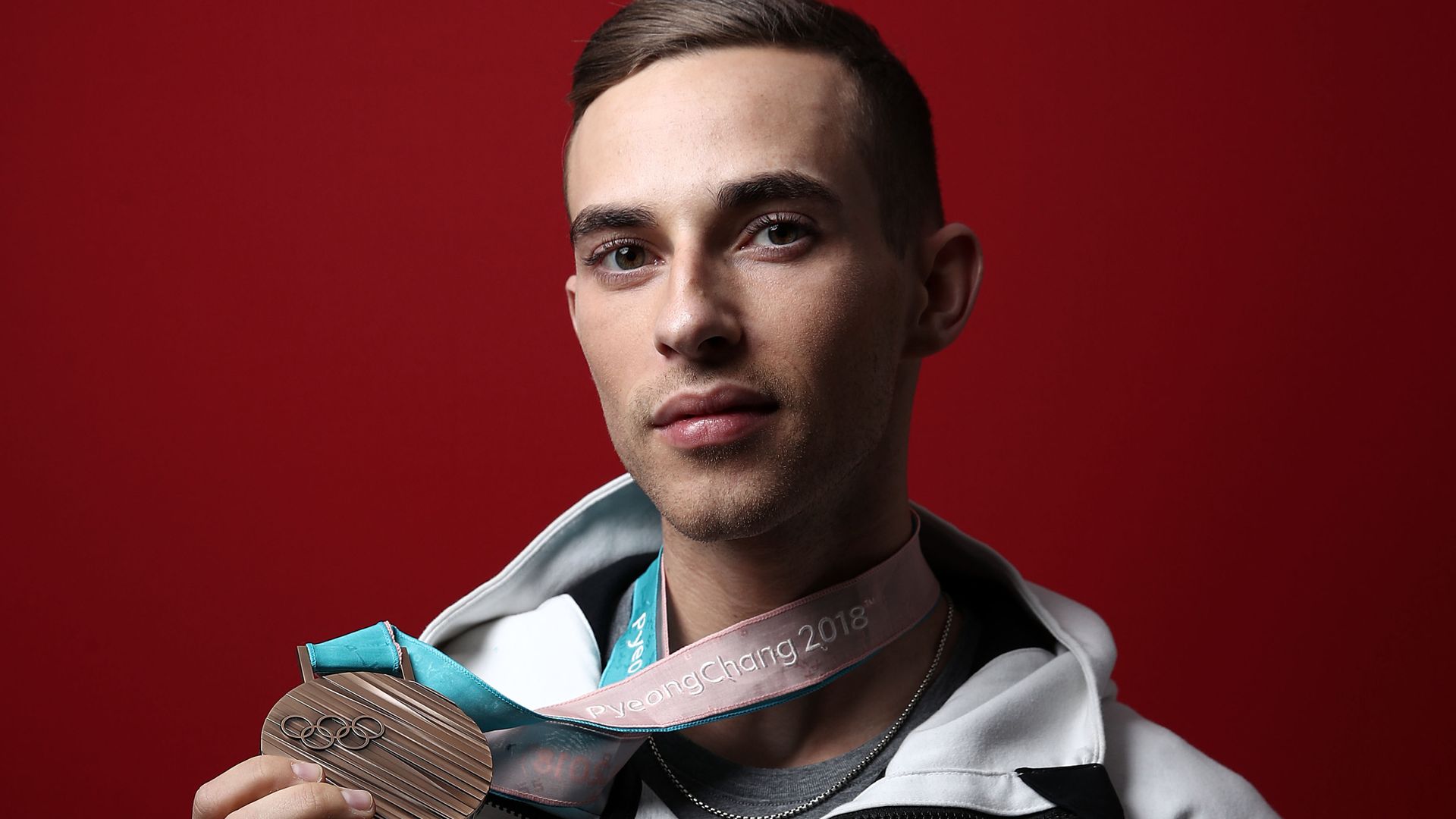 Adam Rippon says conquering his own fear of coming out in figure skating led to a greater sense of freedom and authenticity, and helped him to achieve Olympic success.

The American became one of the faces of the 2018 Winter Games in PyeongChang, winning not just a bronze medal in the team event but also new fans worldwide through his strength of personality and character.

As one of the few out gay athletes competing in Korea, Rippon was feted by the media and even became entangled in political controversy after claiming he had turned down the chance to talk with US Vice President Mike Pence, who was attending the Games.

A tongue-in-cheek comment about becoming ‘America’s Sweetheart’ brought more attention, and his celebrity increased further later in 2018 when he won a season of US TV’s ‘Dancing With The Stars’ before retiring from competitive skating towards the end of that year. Having that weight of feeling like you’re hiding something is so cumbersome – and not having it was so freeing.

In an exclusive interview with Sky Sports for the second episode of the new Life Lessons Through Sport series, Rippon describes to host Sarah Stirk how since childhood he had felt able to express himself through skating – twice winning gold at the World Junior Championships – before embarking on a journey of self-acceptance.

“I always felt like I was a little bit different,” says Rippon. “When I got older, I got to meet other gay and LGBT+ people, and I came out to my friends when I was in my early 20s.

“Then we were getting ready for the 2014 Olympics in Sochi, and Russia came out with this anti-gay propaganda law. It was the first time that I felt like maybe I should say something.

“I was so worried about it and ultimately I didn’t – but it didn’t matter because I didn’t make the team anyway.”

I’ve had time to *skate* for the first time in a long time (and having a blast). I’ve been leaning some of my favorite programs from some of my favorite skaters. This is @Yunaaaa from the 2008/09. When I first saw this program I was 🤯🥰😭. Choreo is by the genius @ItsmeDWLSN ❤️ pic.twitter.com/2mEhfG1iHe

Rippon says his failure to make the US Olympic team for the second time in his career was the “lowest” he had felt in figure skating. However, it also gave him a new perspective on how to marry his professional life with his personal life.

“It was in those moments that I really got the most strength, because I had nothing to lose,” he added. “I think when you feel like that, you only have things to gain.

“I thought back to not saying anything when the 2014 Olympics were coming round and I was like, I don’t want to be quiet anymore.”

Rippon came out professionally and publicly in 2015, at the age of 25, having built the confidence that he had lacked before.

“I was scared,” he explains. “In sport in general, a lot of people just don’t come out when they’re competing because they don’t want to distract from them as the athlete.

“The scary thing is that in our sport, you’re judged by nine strangers. You want them to like you and you don’t want to do anything that might affect your career.”

Rippon says finding his authenticity gave him a new lease of life out on the ice, as he won gold at the US Championships in 2016 for the first time.

“When I was out, I never felt so in control of my own skating because I wasn’t hiding anything. I felt mentally prepared.

“Having that weight of feeling like you’re hiding something is so cumbersome – and not having it was so freeing.”

In the episode, Rippon also discusses his past experiences of homophobia and bullying, the challenges of being a prominent voice for the LGBTQ community, and how the legacies of other out athletes such as tennis great Billie Jean King continue to inspire him.

Watch Adam Rippon on Life Lessons Through Sport at 6.30pm on Tuesday on Sky Sports Arena, or watch all episodes On Demand now.