A healthy Keith Thurman is undoubtedly one of the best welterweights in the world.

A motivated Keith Thurman is a different type of animal altogether.

The former unified welterweight titlist continues the process of returning to the version of old as he aims for a ring return sometime in the 4th quarter of 2020. While there are ideas in mind for the manner in which he plans to return to the title picture, there is one option in particular that has piqued his interest; a showdown with undefeated pound-for-pound entrant Terence ‘Bud’ Crawford (36-0, 27KOs).

Such a bout has been teased by the Florida native in past interviews, particularly in the early stages of the ongoing coronavirus pandemic at a time when the sport—and the world—was at a standstill. Such claims of interest didn’t resonate with the intended target.

“You don’t know what you want to do,” Crawford said at the time. “Because if a contract was sent to Keith Thurman, he would find a way out. So, stop playing with my name. 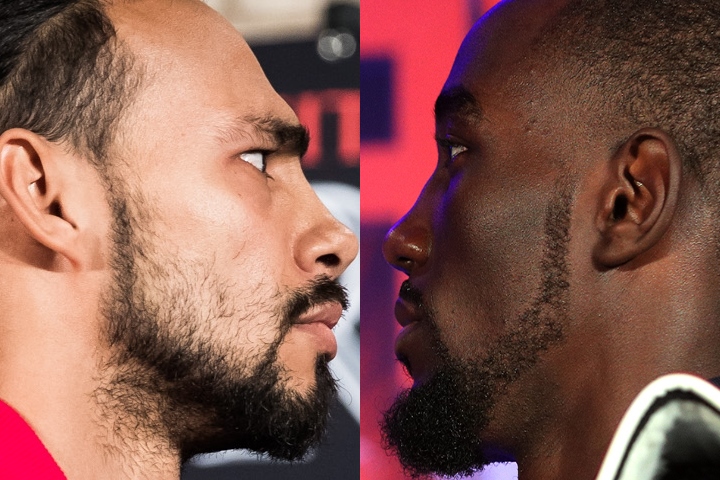 Being reminded of those words only further fueled interest.

Thurman has been out of the ring since a hard-fought 12-round defeat to the legendary Manny Pacquiao in their welterweight title consolidation clash last July in Las Vegas. The bout was the second of 2019 for the then-unbeaten titlist after having been out of the ring for 20 months due to multiple injuries. Thurman took off the rest of 2019 to undergo surgery to remove bone spurs from his elbow, while spending all of 2020 remaining in physical shape as he awaits his next ring assignment.

The original idea called for perhaps a title eliminator to lead to another crack at ruling the welterweight division. Errol Spence (26-0, 21KOs) is widely recognized as the best 147-pounder in the world, also serving as the unified WBC/IBF titlist. Pacquiao holds the WBA title he won from Thurman but is doubtful to return this year due to his senatorial duties in his native Philippines, while Crawford just celebrated his two-year anniversary as WBO titlist.

Thurman and Spence have exchanged words through the media, but has yet to result in trading fists in the ring. Spence remains one of the few top-rated Premier Boxing Champions (PBC) welterweights yet to get in the ring with Thurman, who rose to divisional prominence following wins over Shawn Porter and then-unbeaten two-divisional titlist Danny Garcia. A fight between the two has garnered considerable interest, though more so down the line given that Spence is due to face Garcia on November 21.

That makes the choice simple for Thurman when it comes to aiming for the unbeaten Texan or Omaha’s Crawford. The way Thurman sees it, he would be offering a favor to Crawford who—while recognized as a top pound-for-pound entrant—has yet to set the world ablaze as a welterweight, fighting exclusively on ESPN platforms while the best in the division are under PBC which works with Showtime and Fox Sports.

Given their ring résumés, the fact that shots would be fired in Thurman’s direction caught him by surprise.

Crawford remains without an opponent for a targeted ring return in mid-November, at least according to Hall-of-Fame promoter. Rumors once swirled of a potential showdown with Pacquaio, though such a concept appears to have dissolved.

Kell Brook, a former welterweight titlist from England is the name that has been most often mentioned in recent weeks, though not a desirable option for Crawford who is in search of bigger game. His welterweight run has consisted of three unbeaten fighters—Jeff Horn to win the title in June 2018, Jose Benavidez Jr. and Egidijus Kavaliauskas, with an April 2019 stoppage win over a faded Amir Khan mixed in between.

Calls have come for Crawford to move toward the elite welterweights, with at least one now claiming to offer his services.