Dean Walsh, the 26-year-old Wexford Town welterweight, has finally decided to leave the amateur code following a hugely decorated career and will start targeting professional belts in the near future. Walsh has put pen to paper on a three-year deal with Boxing Ireland Promotions, Ireland’s biggest and most active promotional outfit, and there are high hopes for the big punching Model County fighter.

Boxing since the age of seven with the St Ibar’s boxing club, Walsh won four Irish Elite Senior titles. Internationally he claimed medals at prestigious multi-nations tournaments such as the Feliks Stamm Cup in Poland and the Montana Belts in France. However, his crowning achievement came in 2015 when he won European bronze in Samokov, Bulgaria, becoming the first and only Wexford boxer to win a medal at a major championships.

Nephew to former Irish head coach Billy Walsh, he had hoped to compete at the Olympics like his uncle but was denied at the qualifying stage for the Rio Games in 2016. Here he was controversially beaten on a split-decision by Azerbaijan’s Lorenzo Sotomayor – who went on to win silver at the Games.

Off the amateur radar somewhat over the past 18 months, Walsh now returns ready to rip things up in the pros having been quietly training, building, and making sure he made the correct decision.

“I just think now is the right time,” he explains. “I was debating it for a couple of years. I was offered a few times over in England, there were offers there for me, but the only reason I didn’t take it because I want to build my fan base, get my own crowd behind me.”

The man from Wolfe Tone Villas is confident that it’s the start of a special journey for him and his home county. Walsh describes how “the Wexford crowd really get behind you – you see the boys up in All-Irelands, the hurling, even the soccer, the Wexford fans are always there. Wexford were there for all my All-Ireland finals. I have a good fan base and there’s a lot of family friends too. It’s not just Wexford Town, it’s all around the county, Enniscorthy, Gorey, Ferns, they all know what I can do. I’m a very proud Wexford man and my goal is to bring titles back to the county.”

The longer-format pro game should suit Walsh who notes how “I think it’s time to turn over. There were a couple of fighters that were in my weight and all they were doing was running. It was just hit and run, hit and run, hit and run, and that’s fine. In my last few amateur fights I was only getting going late in the second round or the third round. That was just my age, it’s just the way it is, I was always a fast starter but now I want to be boxing over four, six, eight rounds. I’ve always been training that way anyway.”

“I just want to get a platform behind me first, get the training, just get a taste of what the pro boxing is all about. It’s a tough grind at the start and I’m aware of that, I’ve been told that, but I just know that my talent and my will to box and to become a World champion is there. I do know I can definitely become a European or World champion, I just know I can.”

Boxing Ireland Promotions are the team that built recent Sky Sports star Eric Donovan and their stable also boasts the likes of Irish champion Carl McDonald and Celtic champions Joe Fitzpatrick and Stephen McAfee. The promoters of the popular ‘Celtic Clash’ series that has seen shows all over the island, Walsh will be getting busy soon and Boxing Ireland head honcho Leonard Gunning believes that the Wexford talent can be something of a jewel in the crown.

He said that “we’ve been tracking the progress of Dean Walsh for probably three or four years. We went to London to watch him compete in the Haringey Box Cup and I was blown away with his ability from what I saw over there. It was such a style that I said ‘this guy is not suited to the amateurs. Although he’s achieved so much in the amateur ranks, when I saw his movement and his power in the ring in London I just thought ‘this guy’s got to turn pro’.”

“The sky is the absolute limit for Dean. He has an engaging personality and likeability, so when you that to his natural talent, range of punches and devastating power, then I am sure Dean can go a long way in the professional game.” 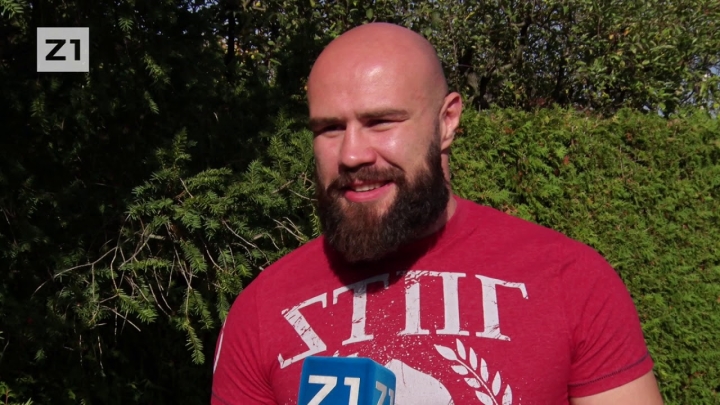 Babic (3-0, 3 KOs) can enhance his growing reputation as ‘The Savage’ when he faces American Winters, live on Sky Sports Box Office, as Fight Camp reaches a finale with Katie Taylor’s eagerly awaited rematch with Delfine Persoon and Whyte’s crucial clash against Povetkin.

Whyte has spent the last few weeks in punishing sparring sessions with Babic, who is yet to be extended beyond the third round in his professional career. But Winters has proven his toughness in 13 victories, with just three defeats, and he ruined the unbeaten record of Oleksandr Teslenko last September.

In the 8-round main event, welterweight Louie Lopez (8-0-1, 4 KOs), of Corona, Ca will do battle with Saul “Avatar” Bustos (12-0-1, 7 KOs), who fights out of Los Angeles, CA, in a match-up of two unbeaten prospects with one looking to become a contender.

Lopez, who is coached by Henry Sanchez, will be looking to make a statement as will Bustos. Lopez has faced some good opposition so far in his career but is also looking to shake off the ill-feelings of a draw he had against Demarcus Layton, two fights ago. Bustos is looking to carry the momentum from his last fight, a TKO against Ariel Vasquez.

The opening 6-round super flyweight bout sees Mario Hernandez (10-1-1, 3 KOs) of Santa Ana, CA, against Manny “Meny” Flores (8-0, 5 KOs), in a fight that will dictate where both fighters careers will go from here.

“We returned with our first online PPV with Michael Dutchover, Ruben Torres and Arnold Dinong and it was a great show that got fantastic feedback,” said promoter Ken Thompson. “We are now looking to move forward and put on more great entertaining shows for fight fans across the country. Our goal is to give the fans competitive high-quality fights while adhering to the California guidelines for safety during these trying times.”

“We’re glad to be back with our second edition of 3.2.1. Boxing,” said Alex Camponovo, Thompson Boxing’s general manager and creator of 3.2.1 Boxing. “All of these bouts will provide good action, and stern tests for each fighter as anything could happen on fight night. A lot is on the line for these guys as they have had a long lay-off and now are in fights that could elevate their careers quickly.”