IBF featherweight champion Josh Warrington is open to the possibility of fighting in a closed-doors setting, as the coronavirus pandemic rages forward and there is no concrete date on when fans will be allowed to attend events.

Warrington was on track to fight WBA “regular” champion Xu Can, but their fight was put off when the pandemic broke out.

He’s been out of the ring since November 2019, when he picked up an easy two round knockout victory over Sofiane Takoucht. 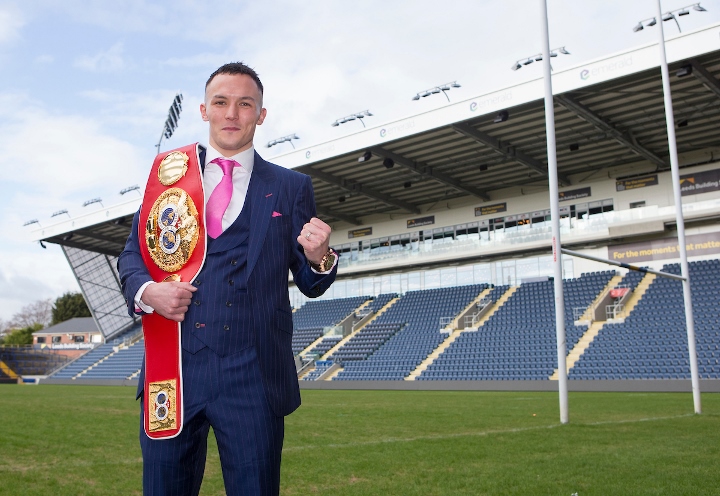 Warrington is still very much willing to face Xu in the coming months.

“I understand that he [Xu] still wants to fight. We are getting to the stage now where we want to get that pen to paper, find a venue and get the logistics right,” said Warrington to the Yorkshire Post.

“I would have said a few months ago to wait for the fans to come back but now we are into August and in a few months it will be a year since I last boxed. You can’t really say that was much of a fight either. I had a full camp but it was only a round and a half in the ring; it is not the most that you want when you are trying to keep some momentum going.

“There is always a risk if you push it back. I am at the stage now that if there is an opportunity there to have the fight and it means we need to go behind closed doors, or have a percentage of the crowd there, then I would be willing to do that.”

And Warrington is not worried about ring rust when he enters the ring against a very serious opponent.

“I believe that ring rust, a lot of the time, happens early in your career. I am 30 fights deep now and I have had 14 or 15 12-round fights, so I don’t think a warm-up fight could prepare me for what I would be going into with Can Xu,” Warrington said.

“Secondly, I am in a position where I don’t have the luxury to consider warm-up fights because I have got mandatory fights and they don’t want to be waiting around. I would be exempt with a unification fight but not a warm-up fight.”