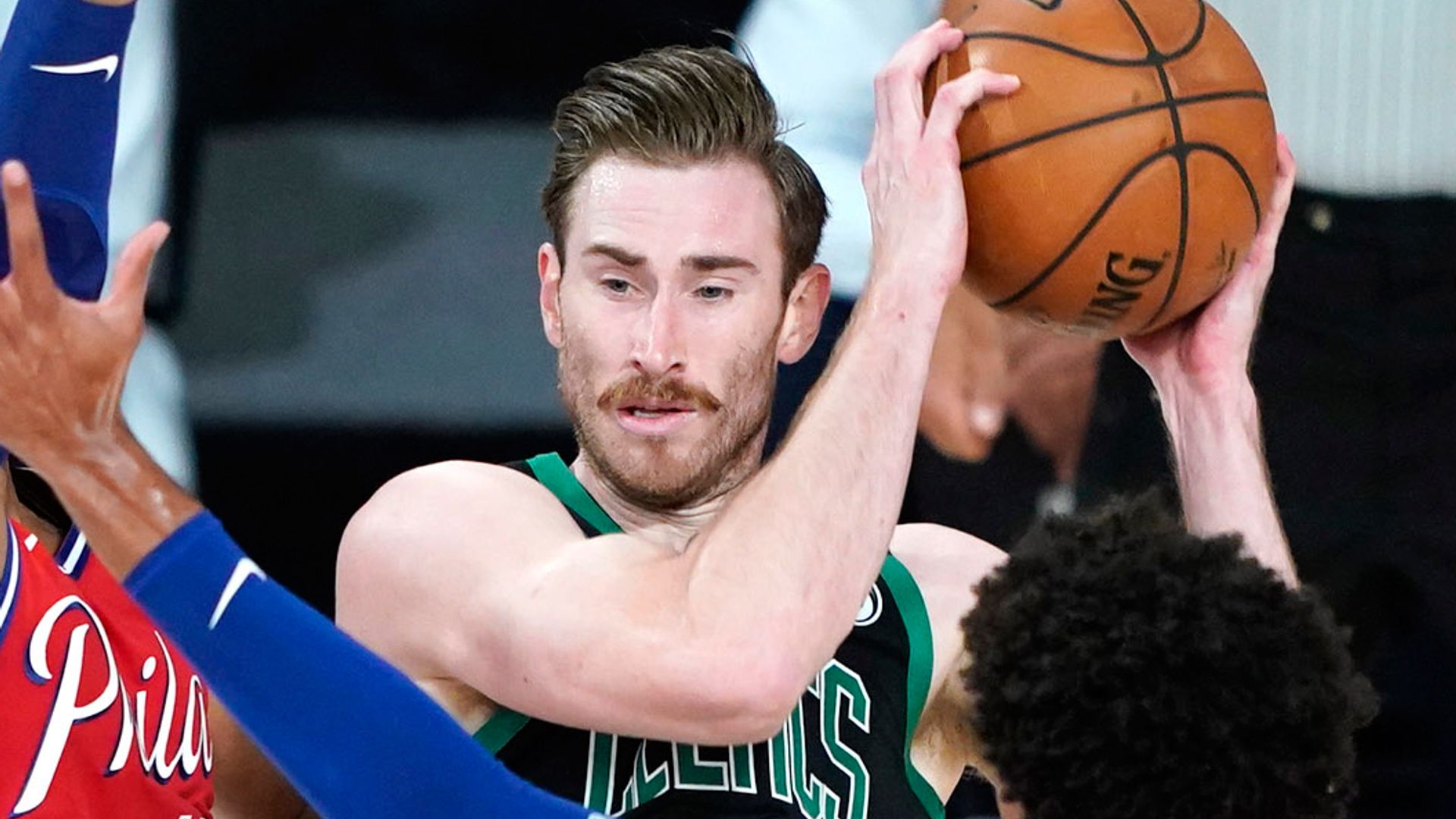 The Boston Celtics won Game 1 of their first-round Eastern Conference playoff series, but may have lost Gordon Hayward for the immediate future.

The forward went down with a right ankle sprain with little more than three minutes left in the fourth quarter of Boston’s 109-101 victory over the Philadelphia 76ers on Monday night.

“Sprained ankle,” Celtics coach Brad Stevens said afterward. “Don’t know the severity, but he’s clearly in pain, and it looked like it had some swelling already. That’s my medical review.”

ESPN reported that Hayward will undergo an MRI exam and left the arena on crutches and his foot in a boot.

Hayward was boxing out 76ers center Joel Embiid on the play he was injured.

After Hayward jumped for the rebound, Hayward appeared to land on the foot of team-mate Daniel Theis and his right ankle rolled.

Boston had to commit a foul and then call time out with 3:08 remaining after the play to allow Hayward, who never got off the ground, to limp along the sideline and back to the Celtics’ locker room.

Hayward finished with 12 points on 5-of-13 shooting with four rebounds, three assists and four steals in 34 minutes.

This season Hayward is averaging 17.5 points, 6.7 rebounds and 4.1 assists for Boston, who are the No 3 seed in the Eastern Conference playoffs.

Boston lead the first-round series 1-0, with Game 2 set for Wednesday.