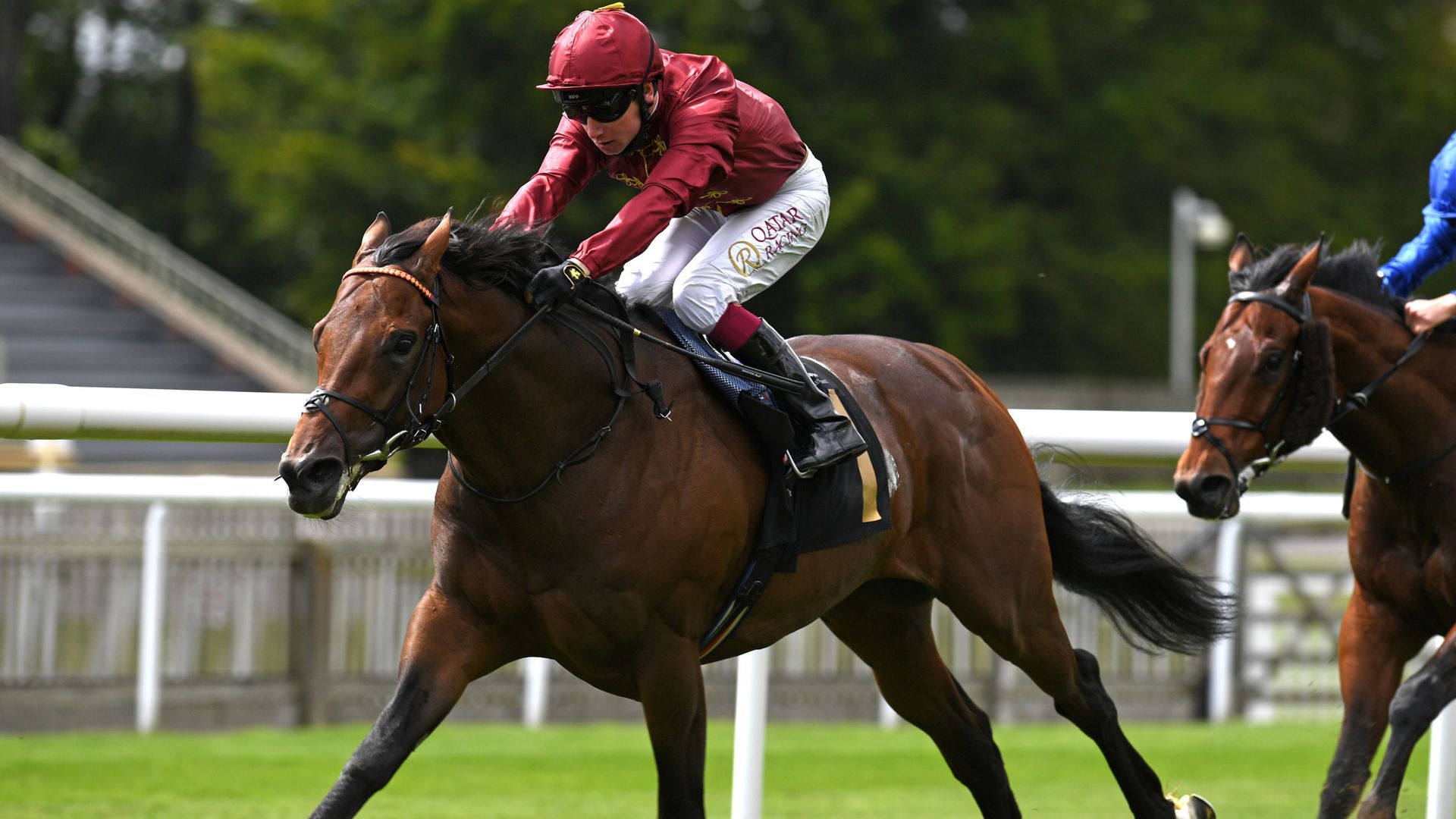 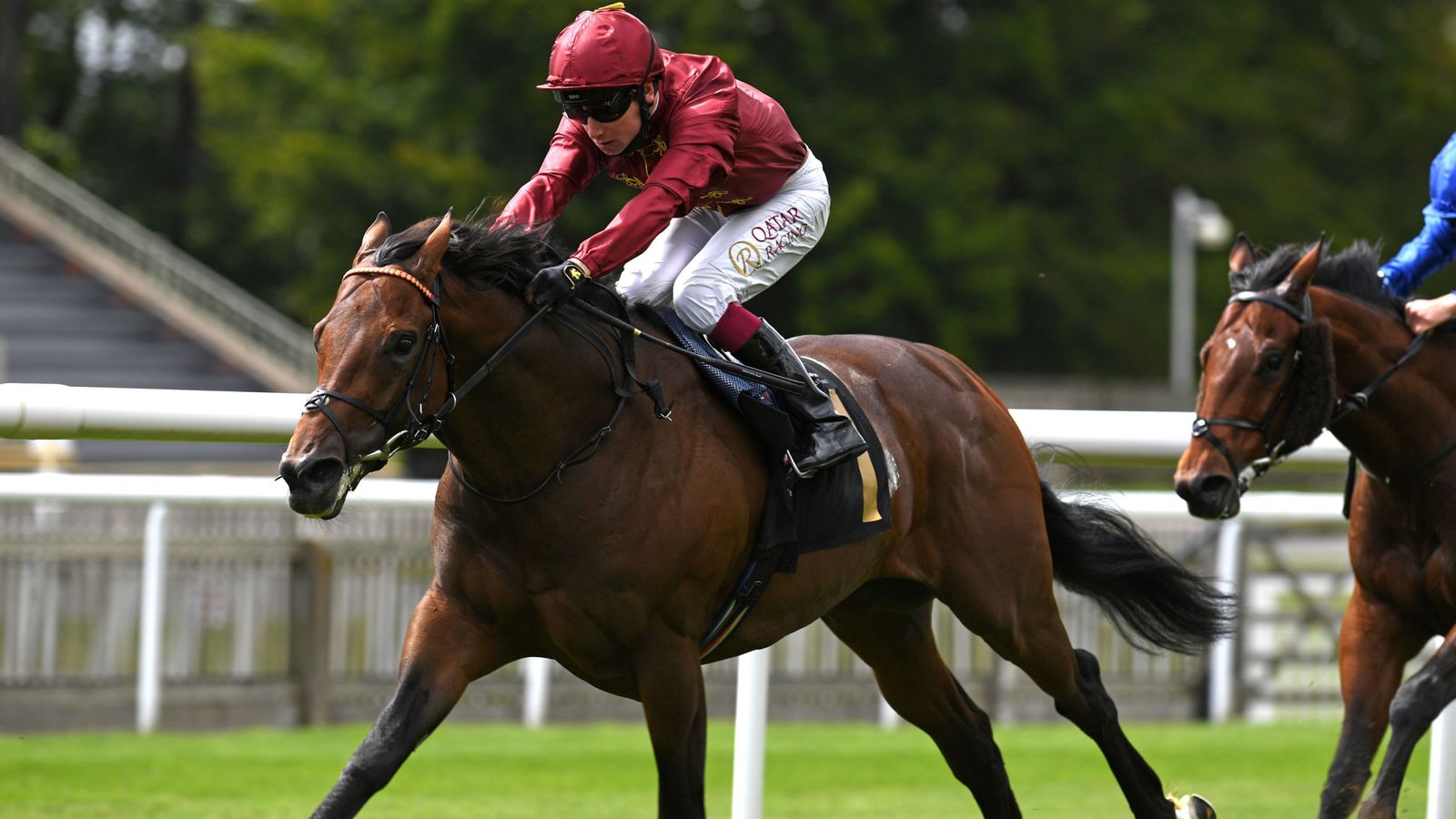 The impeccably-bred and unbeaten Darain faces a step up in distance and class in Wednesday’s Sky Bet Great Voltigeur Stakes at York.

Qatar Racing’s David Redvers went to 3.5million guineas to secure the colt’s services as a yearling. He is now jointly owned by Sheikh Fahad’s operation and Lord and Lady Lloyd-Webber’s Watership Down Stud, where he was foaled.

That hefty price tag was largely down to the fact he is a son of Dubawi out of the top-class racemare Dar Re Mi, making him a full-brother to a trio of top-notch performers in Too Darn Hot, So Mi Dar and Lah Ti Dar.

Darain has certainly upheld family honour thus far, with an impressive debut victory at Newbury supplemented by a dominant display at Newmarket little over a fortnight later.

John Gosden’s charge faces a far sterner test as he goes in search of a hat-trick on the Knavesmire, but his potential is huge.

“I think we would have ideally liked to run him over 10 furlongs again, but there wasn’t really a suitable race, so we’re going to try 12,” said Redvers.

“We are guided by what Mr Gosden wants to do. I think we’re all very excited to see him run and we’ll have a better idea of where he fits in afterwards.

“I have an inkling 10 furlongs might be his ideal trip, but let’s see.”

Darain has almost a stone to find on official ratings with Aidan O’Brien’s likely favourite Mogul.

The latter could only finish fourth when a hot favourite for the King Edward VII Stakes at Royal Ascot before finishing sixth when picked by Ryan Moore for the Investec Derby.

However, he finally came good with victory in the Gordon Stakes at Goodwood last month, but O’Brien does not view him as a St Leger contender.

He said: “We were happy with him at Goodwood.

“He’d clearly come forward with each of his runs and we were happy with him going into it.

“I don’t think we’re viewing him as a St Leger horse. All going well, he could go for the Grand Prix de Paris after this.

“A mile and a half might be as far as he wants to go.”

Mogul is re-opposed by the second and third from Goodwood in Paul and Oliver Cole’s Highland Chief and Subjectivist from Mark Johnston’s yard.

Johnston said: “He’s been improving with his racing and this race looks the natural progression.

“He’s very much like his half-brother (Sir Ron Priestley), who ran so well to finish second in the St Leger last year and that is very much where we are aiming with him.

“His principal aim is the St Leger and the Voltigeur is a natural stepping stone.”

The William Muir-trained Pyledriver was something of a surprise winner of the King Edward VII in June and endured a rough passage on his way to finishing 11th in the Derby.

The Lambourn handler is expecting his charge to bounce back on Wednesday, saying: “I think he’s got a good chance – he seems in great form.

“I think he’s a stronger horse than he was six weeks ago. I’ve been saying all year that he’ll get stronger as the year goes on and again next year – he’s not the finished article yet this horse.

“That’s why I always thought it was a big ask to run him at Ascot and in the Derby, but that isn’t why he finished down the field at Epsom, that was because he got knocked over.

“I’m very happy with him at the moment and I’m sure he’ll run very well.”

William Haggas steps Roberto Escobarr up in grade following his course victory a month ago.