As the hunt continues for Saul ‘Canelo’ Alvarez to secure an opponent for his next fight, the World Boxing Council (WBC) has done its part to aid the cause.

“The WBC Board of Governors has voted 36-1 to order Alvarez, the multi division world champion who holds The WBC Franchise designation to fight against the WBC’s mandatory contender of the division, Avni Yildirim.” Mauricio Sulaiman, longtime and recently re-elected president of the WBC announced on Tuesday. “More details will be available in days to come.”

The belt became available on August 14, shortly after two-time titlist David Benavidez (23-0, 20KOs) missed weight by nearly three pounds for his scheduled title defense versus Miami’s Alexis Angulo. Their bout proceeded as planned last Saturday, with the belt only at stake for Angulo who was stopped in ten rounds in their Showtime-televised headliner.

Benavidez expressed interest in once again fighting for the belt of which he has twice been stripped. Instead, concerns over his ability properly make 168-pounds prompted the WBC to insert him in the light heavyweight contender, as the number-one contender to reigning WBC/IBF and lineal champion Artur Beterbiev. 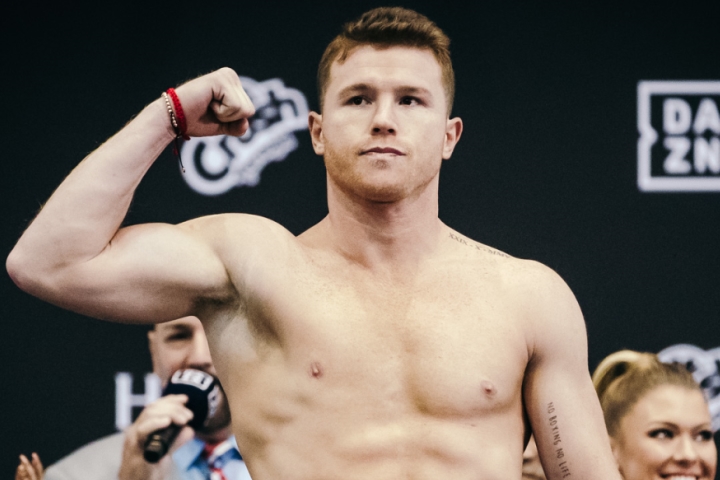 Yildirim was due to directly face the winner of Benavidez-Angulo, as per a prior ruling from the WBC following the Turkish contender’s controversial defeat to Anthony Dirrell in their vacant title fight last February. Dirrell was permitted to first face Benavidez—who at the time was returning from suspension and promised a second crack at his old title—with Yildirim guaranteed next in line.

Tuesday’s ruling among the WBC Board of Governors honored that word.

The sanctioning body fielded numerous offers to fill its vacancy, including a written request from Alvarez who has held world titles at junior middleweight, middleweight and light heavyweight. The global superstar has also claimed a secondary title at 168, now with the opportunity to contend for the chance to become a legitimate four-division titlist.

Alvarez was able to advance to the top of the queue given his designation as WBC “Franchise” champion, a status which allows its claimants to avoid the restrictions of mandatory title defenses and even weight divisions. Alvarez previously held the WBC middleweight title, winning the belt—and the lineal championship—via unanimous decision over Miguel Cotto in November 2015.

Just one defense came of his reign, a 6th round knockout of Amir Khan in May 2016—before being stripped due to not honoring an ordered mandatory title challenge versus Gennadiy Golovkin. The two would ultimately meet—twice, in fact; they fought to a draw in September 2017, with Alvarez taking a majority decision one year later to collect the WBC and WBA titles.

Alvarez has since made one defense, outpointing Daniel Jacobs to add the IBF belt in his 12-round win last May in Las Vegas. Soon thereafter, he became the sanctioning body’s first “Franchise” champion, for the first time utilizing that honor to be named as the challenger in waiting for the WBC’s super middleweight title.

With the ruling will come an official order for Alvarez and Yildirim to accept an invitation to fight for the title. From there, negotiations will commence to give both sides an assigned period to reach terms before such a fight will be subject to a purse bid.

Should either side decline the invitation or withdraw from such talks, the WBC will go down the list of highest-ranked available contenders. England’s Callum Smith (27-0, 19KOs) currently holds the WBC “Diamond” title (in addition to the WBA super middleweight belt), while Uzbekistan’s Azuzbek Abdugofurov (13-0, 5KOs) is the “Silver” titlist and number-two contender. Both have expressed an interest in contending for the crown; neither currently are scheduled to fight in the near future.