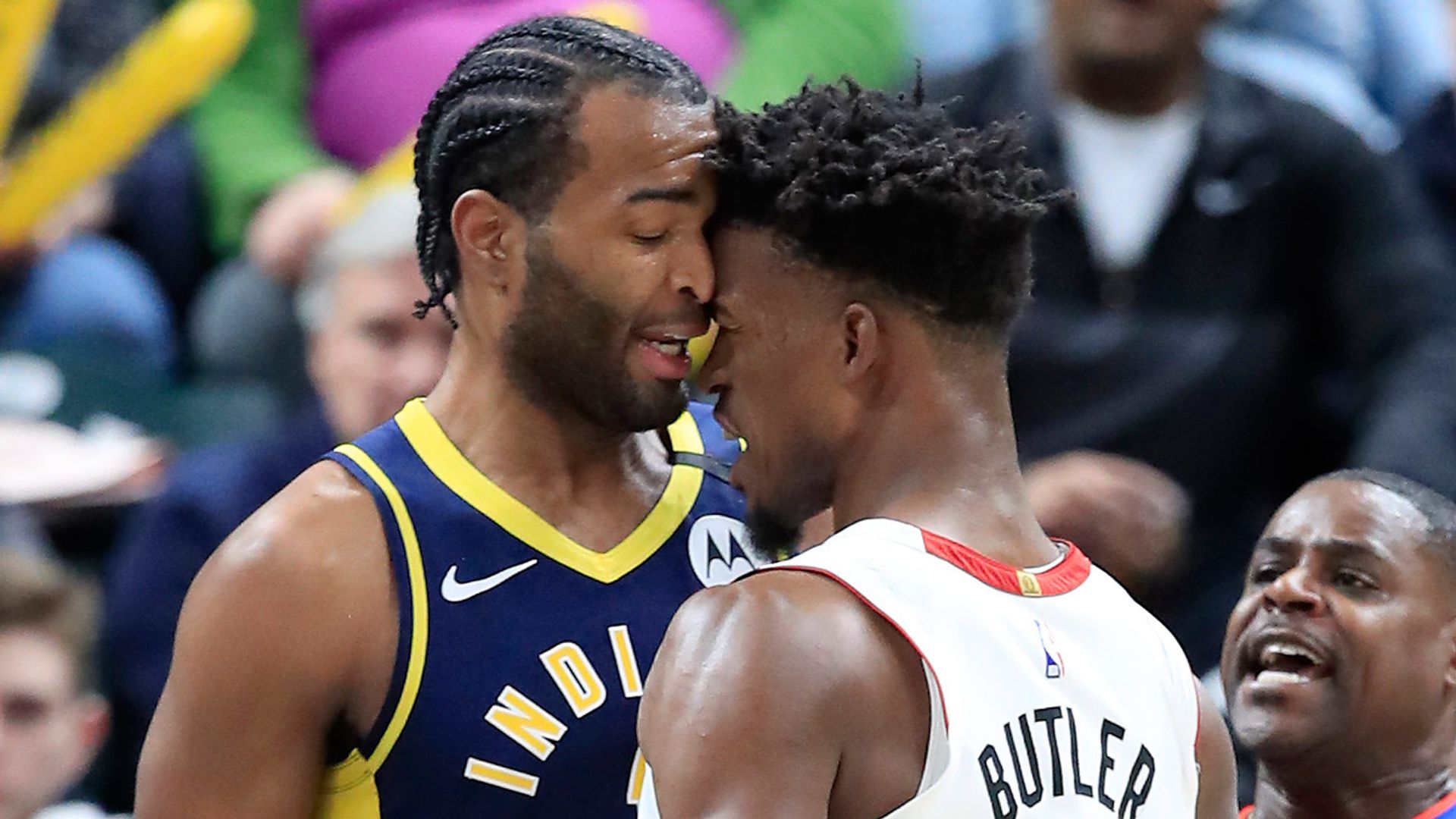 Jimmy Butler must control his emotions when he leads the Miami Heat into their Eastern Conference playoff series against TJ Warren and the Indiana Pacers.

Thanks to a regular season on-court spat between Butler and Warren, tension is sure to be high when the East’s fourth- and fifth-seeded team get their first-round match-up underway on Tuesday night (9pm UK time).

During the Heat’s 122-108 victory over the Pacers on January 8, Butler labelled Warren “trash” after the Indiana forward was ejected after the pair shared an on-court confrontation. Butler blew kisses at Warren as he left the court and after the game said: “He is not even in my league, nowhere near me. If I was their coach, I would never put him on me ever again.”

Since the NBA season resumed on July 30, Warren has emerged as an offensive star for the Pacers, averaging 31.0 points per game and shooting over 57.8 per cent from the field (including 52.4 per cent from three-point range).

Inside The NBA analyst Charles Barkley warned Butler that reigniting his feud with Warren could be potentially damaging to Miami’s playoff hopes.

“Jimmy Butler is going to have to control his emotions,” he said. “He is the Heat’s best player and the leader on that team, but if he is going to spend all his energy going at TJ Warren, that’s not going work.

Warren’s opportunity to shine in the bubble has come primarily because of injuries to Indiana’s best players. Starting forward Domantas Sabonis is out with plantar fasciitis while Victor Oladipo is returning to form after injury.

Barkley’s Inside colleague Kenny Smith believes that the absence of Sabonis gives the Heat a decisive edge in the series.

“The way the Miami Heat play as a collective unit, (the Pacers) have to have everybody there (to win the series). At every position, they (have players who are) serviceable or really good, very similar to the Toronto Raptors.

“Without Sabonis – someone (the Heat) would have had to double-team, someone who rebounds on the offensive boards and gets you extra shots – I think it is a little bit too much to ask.”

Barkley disagreed with Smith and said he views the series as 50/50 if Oladipo can get back to his best.

“It depends on (Victor) Oladipo,” he said. “He has got to take over being the best player. Warren has to keep doing his thing. This (series) is a toss-up. Nate McMillan is one of the most underrated coaches in the NBA. The Miami Heat don’t scare anybody. To me, if Oladipo plays well, this becomes a long drawn out series that could go either way.”

“I like Miami in this series because Miami is known for defense. You can’t let this TJ Warren guy average 30 or 40. If they bring him back down to Earth for 15-20 points per game, Miami should be able to win the series. You can’t let a guy like TJ Warren average 40.”