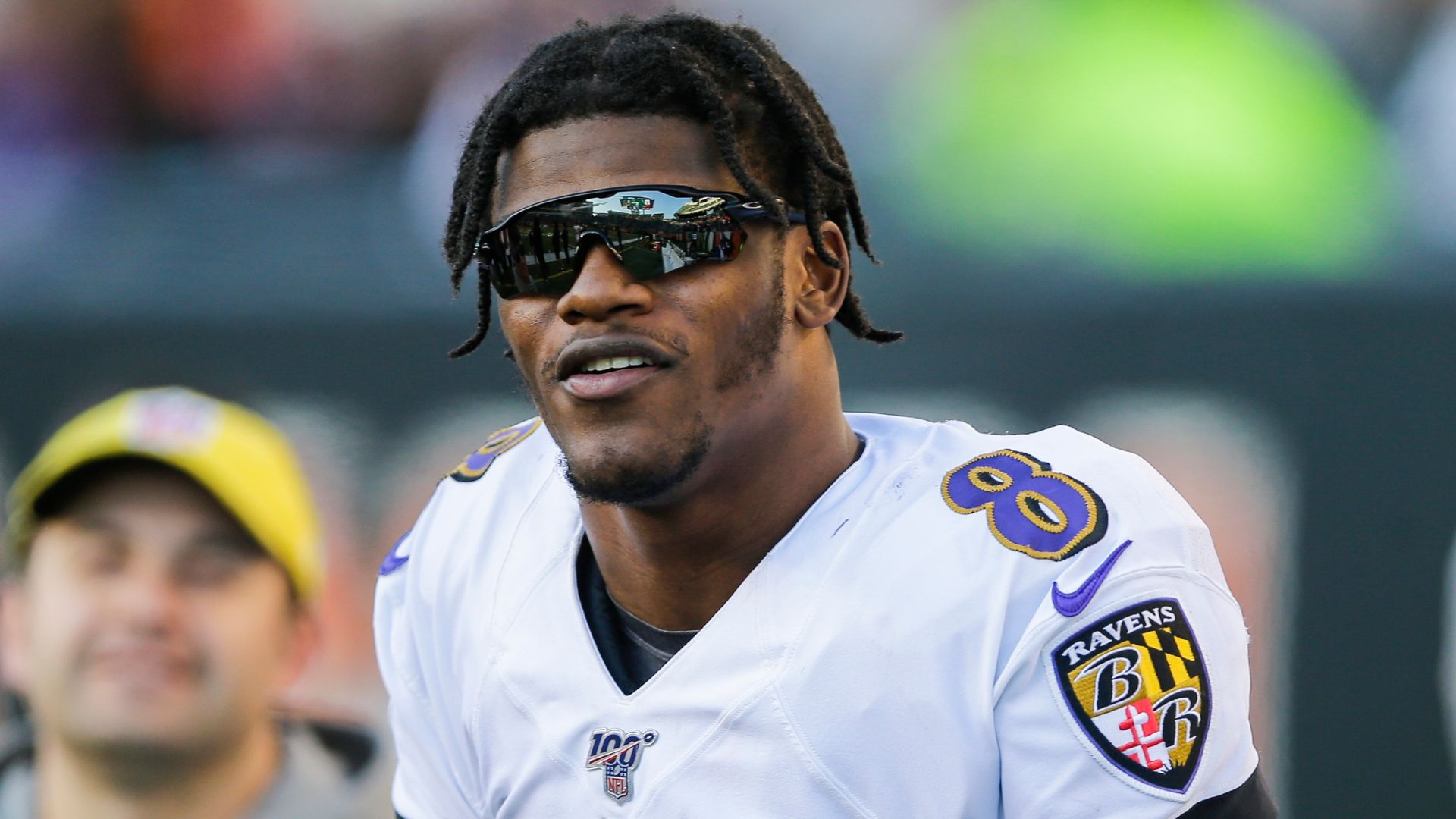 “This is a mentally strong, driven young man in Lamar Jackson. He wants to be great, he puts that out there all the time”

By Cameron Hogwood and Richard Graves

The Baltimore Ravens flexed their might for much of the 2019 season with an often-unstoppable offense and a bullish defense that progressed as the year went on.

John Harbaugh’s men went 14-2 to cruise to the AFC North title, but for the second successive season came up short in the playoffs as they were beaten 28-12 by a Derrick Henry-inspired Tennessee Titans in the Divisional Round.

Their postseason credentials unquestionable, Pro Football Talk’s Chris Simms highlighted their January form as an obstacle they must overcome sooner rather than later.

“The Baltimore Ravens are the best team in football in my opinion,” Simms told Sky Sports News.

“From top to bottom, depth, everything about it. Lamar Jackson is electric running the football. The Ravens are this big powerful football team where if you saw them in person you’d go ‘woah, now I understand why Baltimore seems to push everybody around’. It’s just one giant after another.

“They play to that physicality. But as we’ve seen in the last two years, this will be the big thing to me with Lamar Jackson and the Ravens. They’ve lost in the playoffs.”

“They play a better team, a better defense, a coaching staff that’s better, the quality of play is altogether better in the playoffs and some of their meat and potato plays go away in those types of matchups.”

Stay up to date with the latest news and interviews from around the NFL.

Titans running back Henry rushed for 195 yards off 30 carries on the day, while it’s worth noting Jackson also went 31 of 59 for 365 yards, one touchdown and two interceptions as well as recording 143 yards off 20 carries on the ground.

Jackson’s room for improvement as a passer alongside his rushing exploits is no secret, but there was obvious development for Harbaugh and the Ravens to take encouragement from in 2019.

The reigning MVP led the league with 36 touchdown passes and finished the season with a completion percentage of 66.1.

“We’ve got to see Lamar Jackson take that next step as a passer, a pure pocket, decision-making surgical passer,” Simms added. “I think if he takes that next step they’ll win some playoff games and quite possibly be in the Super Bowl.

“This is a mentally strong, driven young man in Lamar Jackson. He wants to be great, he puts that out there all the time.

Listen to Inside the Huddle

Join Neil Reynolds and Jeff Reinebold each week as they break down the biggest storylines from around the NFL.

“I know he does the necessary things to work on that aspect of his game but the harsh reality of it is it’s not going away. It’s not going to go away until he does it and proves some of those doubters wrong.

“I really have no doubt that he will do it. I saw tremendous growth from his rookie year to last year as far as a pocket passer. These are the things we start to dissect with star players when it gets to be that time of the year.”