Horn and Tszyu are scheduled to collide on August 26th in a very highly anticipated fight on Australian soil. A crowd of 16,000 is expected at the Queensland Country Bank Stadium in Townsville.

There will be WBO, IBF regional titles at stake, with the contest taking place at junior welterweight. 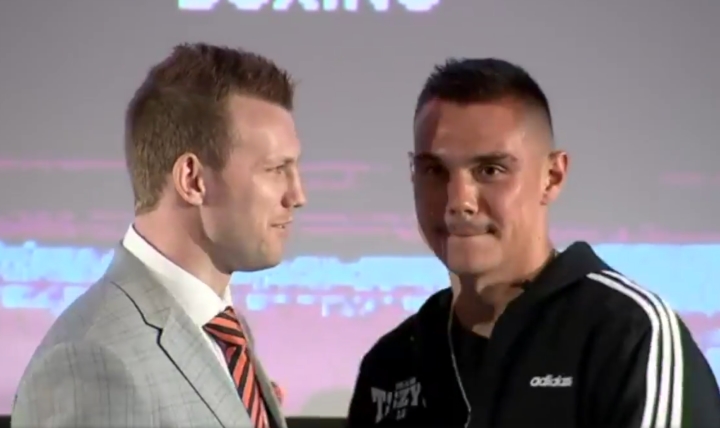 Tszyu has promised to make it “a fight” when he steps in the ring with Horn.

“I can take a punch and I can keep moving forward,” Tszyu said on Fighting Words with Ben Damon.

“I’m looking forward to having a competitor such as Jeff Horn, with his style, to showcase the whole world that it’s not just skills that pay the bills. You’ve got to have everything in your arsenal. My dad always says fight smart. Sometimes you got to fight hard. Sometimes you’ve got to dig into the trenches and do stuff that you have never done before.”

But Horn believes that strategy will be a very bad idea for the unbeaten Tszyu, who is the son of Hall of Famer Kostya Tszyu.

“I think that’s a bad idea,” Horn said. “I certainly don’t want to be saying, ‘Yeah, I just want to get into brawls.’

“I guess he’s young at heart, which is probably why he wants to do that. He wants to test himself out, but you’ll quickly learn he doesn’t want to be in that situation. I think Tim has definitely got the ability out there. Whether he’s got it now or not, is a question to be asked. And that’s the question I’m going to be asking on the night when we’re fighting.”