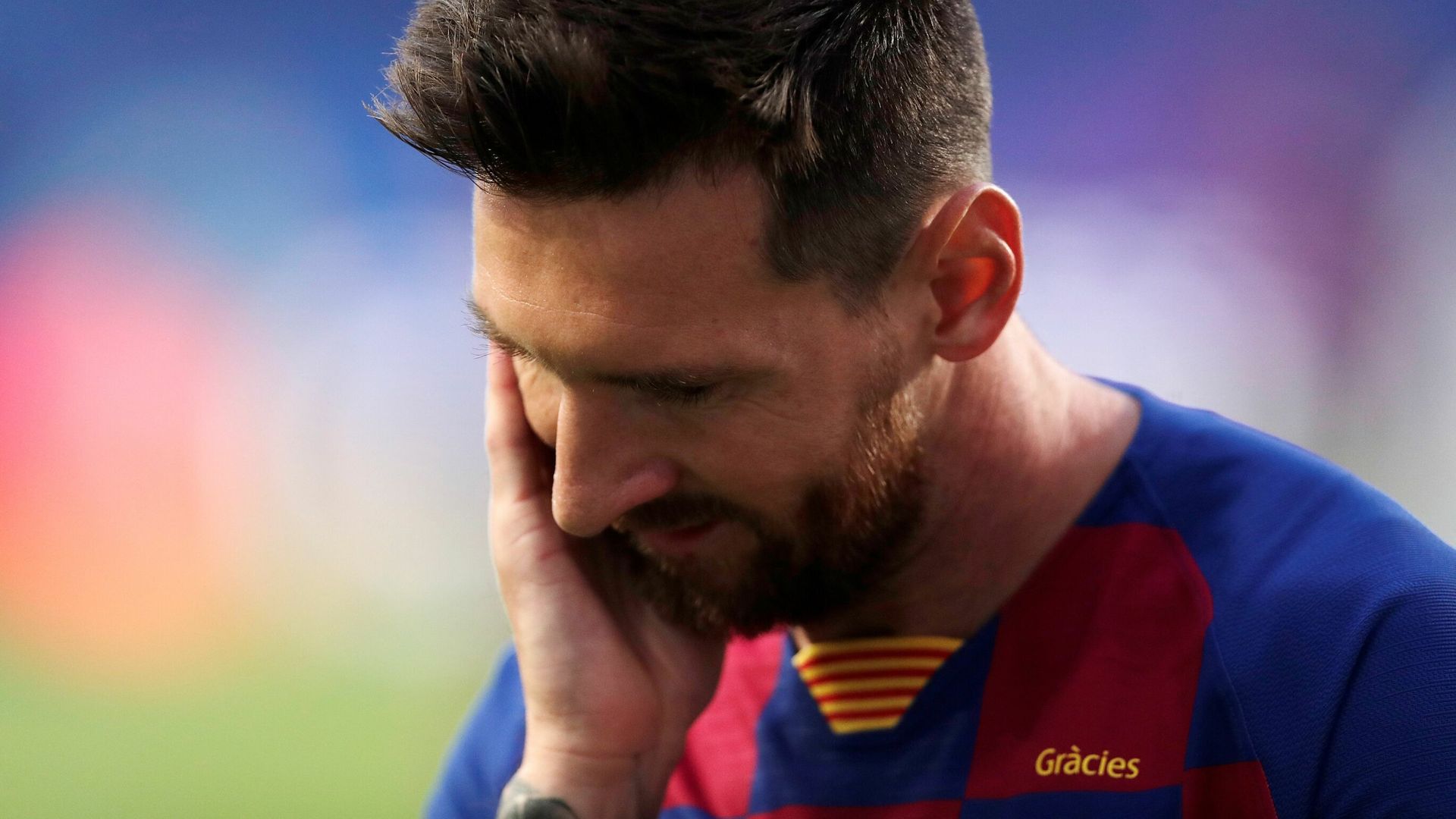 “He doesn’t want to leave for more money or just to be out of the mess that is going on around him, he wants to win the Champions League,” Graham Hunter told SSN

Lionel Messi is not motivated by money and would only consider leaving Barcelona to join a team capable of winning the Champions League, Spanish football expert Graham Hunter told Sky Sports News.

Barcelona’s humiliating 8-2 defeat to Bayern Munich on Friday looks set to be a catalyst for change at the Catalan club.

Ronald Koeman is the frontrunner to replace head coach Quique Setien, defender Gerard Pique has warned “nobody is safe” from being sold, while presidential elections could be moved forward from next summer.

Perhaps the most significant fallout from this disastrous Champions League exit was a report from Marcelo Bechler – the journalist who first broke the Neymar-to-PSG story in 2017 – who claimed Messi is looking to end his 19-year association with Barca this summer.

The six-time Ballon d’Or winner would command a €100m fee, according to Hunter, who claims the prospect of the 33-year-old leaving the Nou Camp makes for a “complicated equation”.

“If he is motivated and fit there is every reason to argue he could be exceptional for another three or four years, he just turned 33 in June,” Hunter told SSN. “His contract no longer has that get-out-of-jail-free clause wherein every May the last two or three seasons he could have informed the club he wanted to leave for free.

“This board, for as long as they stay in power, and I think that will be until at least March, will not want to be tainted by being the ones that let Messi escape, as well as being tainted for being known as the board which failed to bring the best out of the final golden years of Messi.

“Clubs who want him are suddenly going to be asked for 100 million euros for a 33-year-old, and it’s possible there might be one or two willing to pay that, but he then has to look around and say if I’m disrupting my life and taking my family out of a place where I’ve always said I wanted to stay, will he be joining a winning franchise.

“He doesn’t want to leave for more money or just to be out of the mess that is going on around him, he wants to win the Champions League. It’s a very complicated equation to work out how he leaves, or to where he might go.

“Of course, he is waiting to see the developments [regarding the board and manager] and whether he believes that might make a difference to him staying and winning at Barcelona.”

‘Messi making ultimatum to Barca board’

Spanish football journalist Alvaro Montero expects Messi to remain with Barcelona for at least another season.

“In truth we have to recognise it’s information from our colleague Marcelo Bechler – the same journalist who said three years ago Neymar was going to leave Barcelona,” Montero told Sky Sports News.

“We’ve been told inside the club that Lionel Messi officially hasn’t told anybody he wants to leave, but also they recognise there is a strange feeling, and there’s a possibility Messi is trying to say, ‘Okay, board members, directors, if you stay here in this way, I’m going to leave’. It’s kind of a you or me decision, as far as I know Messi wants to stay for the next season at Barcelona.

What chance of a reunion with coach Pep Guardiola at Manchester City?

Montero added: “It’s going to be very difficult because we are in a very strange transfer window because of the coronavirus crisis.

“As we’ve said before, Messi is extremely happy in Spain and in Barcelona as a city. It would be tricky to imagine him moving. Of course Pep Guardiola and Manchester City could be a possibility, many people think Juventus which I think is almost impossible.

“If I had to bet I would say the Premier League would be his destination because of the financial situation of British clubs compared to Italian or Spanish.”

One year and out for Koeman?

Hunter also told Sky Sports News that while Koeman is expected to replace Setien as the club’s head coach, the fact presidential candidate Victor Font wants Xavi in charge means the current Netherlands boss could head to the Nou Camp knowing he will only take over for a year.

“There’s a clear formula why they are talking to Ronald Koeman, and why he’s the one they want. Number one, it’s absolutely clear within the next year there will be presidential elections, the man who is very well-placed to win those, Victor Font is absolutely committed to bringing Xavi,” Hunter added.

“So this is currently a one-year shot. Koeman is being told he can have a two-year deal which effectively seems to mean a year of work and almost certainly a year of compensation. The fact is that when the new president comes in, Font is completely committed to Xavi.

“Xavi won’t come in the mean time, so it needs someone of experience, someone who knows the Nou Camp inside out, speaks the language and has a good reputation of coaching younger players – there are players on the fringes at Barcelona.

“That’s why Koeman fits all those boxes, and it would appear Barcelona have fixed this deal with the Netherlands, and that Koeman, who has wanted this job for 20 years has said I’ll roll the dice, I’ll risk it only being a year.”

The summer transfer widow will run for 10 weeks from July 27 and close at 11pm on October 5.

Every week throughout the window, the Transfer Talk podcast digs into the biggest storylines in the Premier League and around Europe, with debate and analysis from some of the most well connected reporters in the football world.